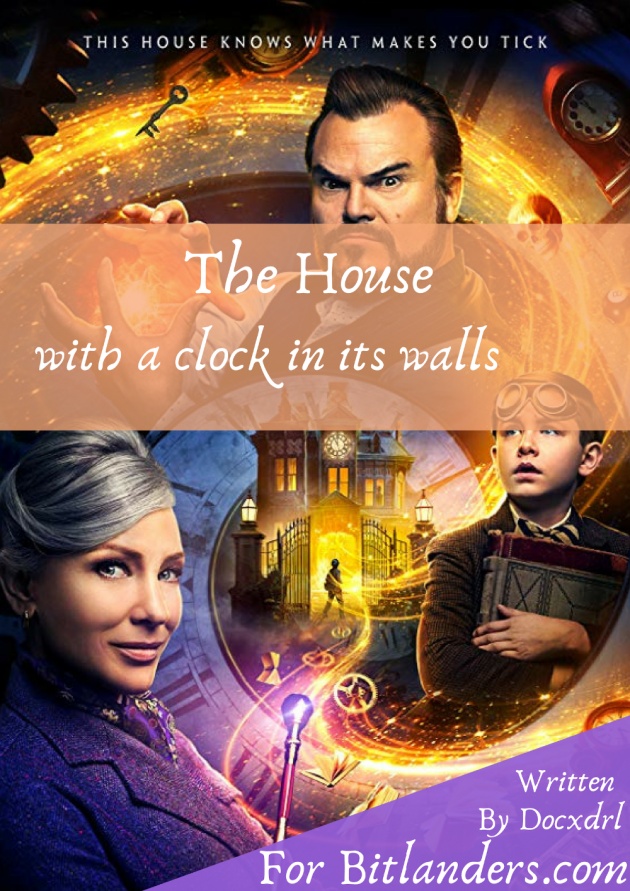 image edited by Docxdrl on Canva

Hollywood nourishes viewers’ with movies of all genres. From romantic comedy, Crazy rich Asians. A folklore tale, Hansel and Gretel Witch: Hunters.  A true life story, I. Tonya, to  an action-Fantasy-sci-fi Avenger: Infinity Wars.  Here, we say thanks to the novelist John Bellairs, the director Eli Roth bringing a magical tale set back in 1955 in New Zebedee Michigan to the big screen 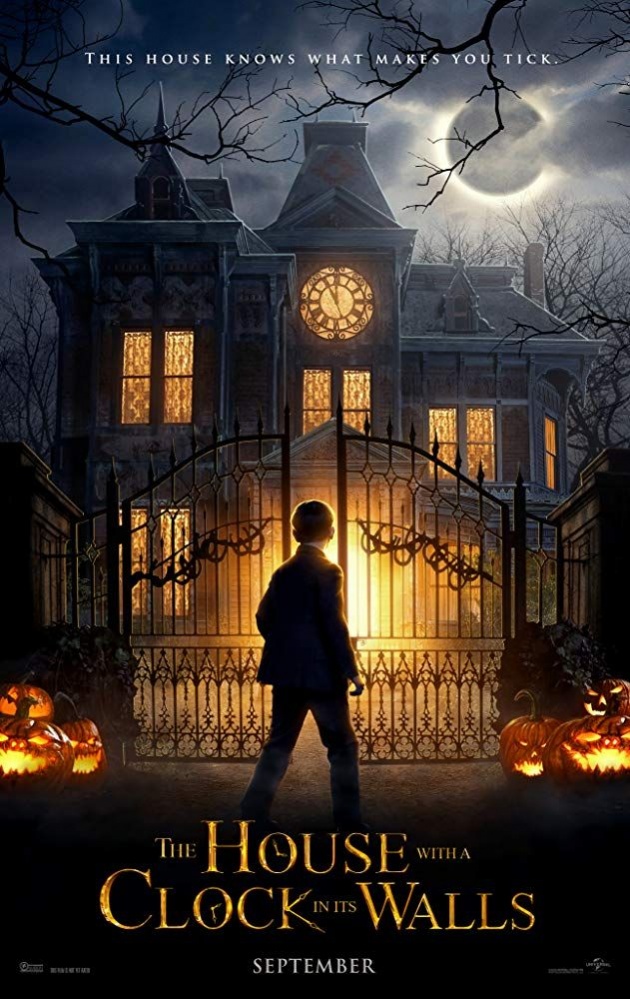 This is a movie with the best comedy star from The School of Rock  who can do more with his eyebrows than a crazy-car full of clowns Jack Black.  Co-staring Cate Blanchett who has a long dossier of awards and achievement in the movie industry  than any person I know so far.

New Zebedee Michigan has its own fair share of the haunted mansion with two occupants.  A warlock and a witch living next door to each other. A dangerous and powerful warlock who hopes to doom the world by getting rid of all humans left a doomsday clock in the haunted mansion.

The movie follows a story of a young boy Lewis Barnavelt Owen Vaccaro  who has to live with his uncle in an old house in New Zebedee after the demise of his parents in a car crash. The boy soon found out that the house is a haunted house and has a clock in its walls.  Although even when ordered by his uncle to stay of the forbidden cabinet, he ended up unleashing  the cabinet’s monster in the world.

The Short Story of the Movie

After the death of Lewis' parents, it forces 10 years old Lewis Barnavelt to go live with his uncle Jonathan Barnavelt in New Zebedee. Lewis only possession was an 8-Ball his parent left him.

His uncle in New Zebedee next-door neighbour is a lady who goes by the name Florence Zimmerman. During Lewis first night in the uncle house, he had a ticking sounds within the walls of the house.

At school the next morning, Lewis was befriended by Tarby Corrigan. Lewis did not understand he was living in a haunted mansion. Lewis curiosity to exploring the house led him at night finding his uncle Jonathan breaking a wall with an axe.

Frighten and confused, Lewis tries to flee the house but multiple household objects are coming to life.  His uncle Jonathan confess that night he is a warlock  and his next-door neighbour, Florence Zimmerman is a witch. The old house itself was formerly owned by an ominous warlock Isaac Izard Kyle MacLachlan with an equally  eerie wife Selena Renee Elise Goldsberry. 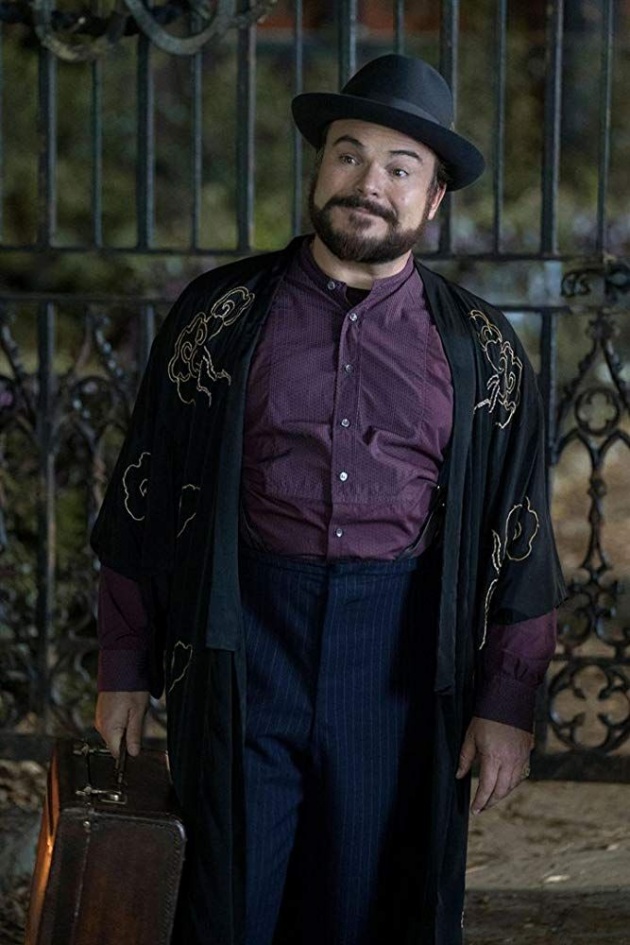 The late Mr. & Mrs Izard have hidden a doomsday clock in the walls of the house, and Jonathan is trying to find the clock locations by smashing the walls to discover the location of the clock before it final countdown.

It interested Lewis in learning magic, but uncle Jonathan was reluctant in teaching him magic. Lewis was tenacious and finally, Uncle Jonathan teaches him magic. On a fateful night, Lewis mom appears to him in a dream. Lewis laments about Tarby Corrigan not seeing him as a friend anymore. So, Lewis mother suggests that he use a forbidden spell from the locked cabin to impress Tarby.  Unfortunately for Lewis, in trying to impress Tarby, he performed necromancy in the cemetery and raised Isaac Izard. 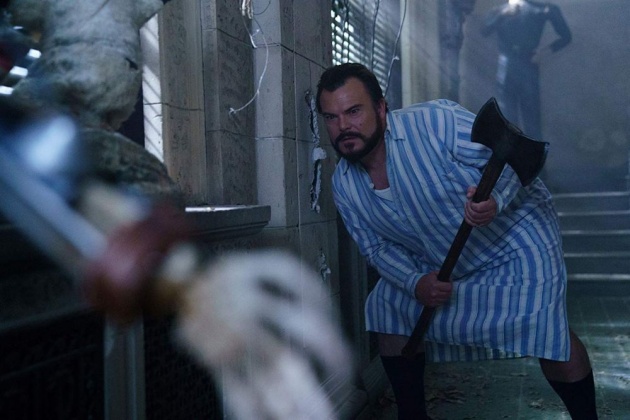 The frighten 10 years old came back from the cemetery and return the forbidden book back to its’ cabin. The next day, Lewis saw Isaac Izard in the opposite neighbour's house-Mrs. Hanchett and rushed to get her to the old haunted mansion. Before Lewis can fetch Jonathan and Florence to the rescue, Isaac Izard emerges.

Isaac reveals that Mrs Hanchett was his wife, and the same person visiting Lewis in his dreams as his mother. Jonathan inquires from Isaac about the hidden clock in the walls. Isaac explains that the clock will turn back the hand of time and humanity will never exist. This, however, forced Jonathan, Florence and Lewis to fled the house.

The clock in the walls was hidden with a witches hex’s, so Lewis who is yet to be a warlock uses his 8-Ball to learn the location of the clock below the boiler room.

While trying to disarm the ticking clock by Jonathan, Izard transforms Jonathan into a half baby adult. To stop Izard doomsday plan, Lewis will have to lose the only possession his parents left for him the 8-Ball by dropping it into the clock gears.  Lewis used his own magic to blast Isaac and Selena. The fell into the clock and erased from existence.

Lewis returns to school and gets revenge on Tarby and his friends by throwing basketball on their faces.

The movie industry is not only trying to glue us to the cinemas but they are also trying to entertain us in the best way they can. This time, it is the family-fantasy-comedy-mystery-horror.

The first noticeable thing about The house with a clock in its walls was the first ten minutes of the movie is contrary to Is a wonderful kid-sized horror fantasy as reported by Forbes. It stills packs a lot of punch kids can handle for mystery. 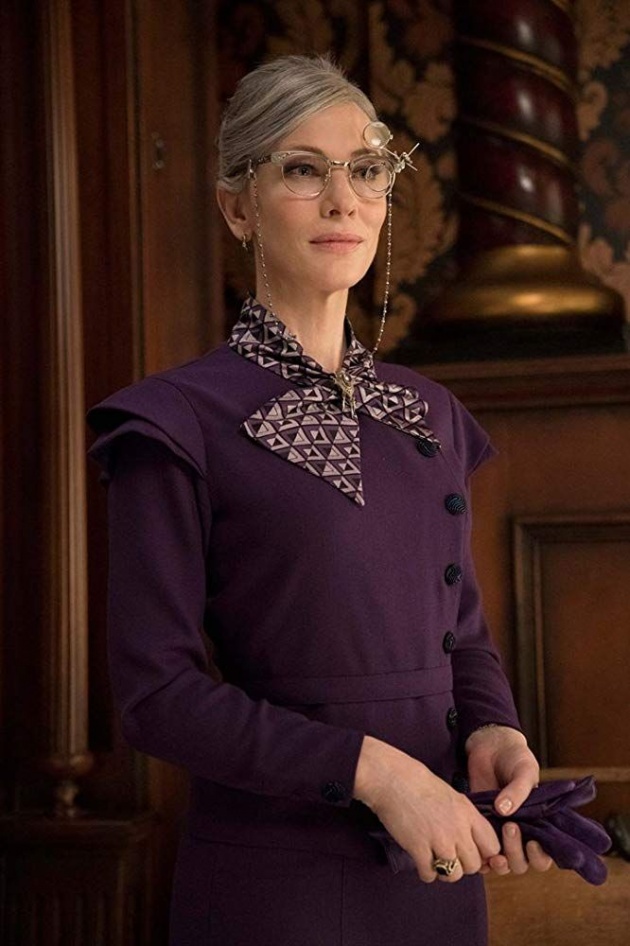 The movie is full of great graphics, well presentation of scenes with every scene to understandable by a 10 years old. The movie orientation best suits adolescent and adult. The transformation of Selena was hilarious and disgusting but suitable for adolescents.

Oh guess what genius… that’s the whole point. You having a child, means being scared for them 24/7 and doing it anyway. It the whole dam job description

There’s no horrible moment in the movie, although it embodied a mixed feeling of mystery that makes the movie comforting for adult and adolescence. There is no blood, but that of pumpkins. This helps keep the focus of the viewers on the screen to finding what they did not see

Despite its special effects and two proven stars, 'The house with a clock in its walls‘ never manages to create the magic we keep hoping will materialize

The Technicalities of the Movie

The movie was primarily focused for children below adolescence and therefore, the high-quality 3D less magical creatures and actions scenes were what we ‘d expect from the movie but never get to witness it.

Unlike the cliché looks of witches and warlocks, the pink dress and umbrella was the best description of a witch. There was no pointy hats, long gloomy dress and robes or a lot of spells casting. They focused the movie on delivering the ominous nature of a haunted house and a dark warlock with unknown plans for world destruction without the actual action and spell casting.

The Collective Works of the Actors

Multi-talented actress Cate Blanchett, who has a long list of awards and nominations perfected her character excellently and deserves an award. I can also say this of Jack Black, a comedy actor. These two are best suited to the characters they played in the movie. Funny as it may seem, I can’t be objectives about them. The reason is, they have acted movies I love in the past, Lord of the Rings, Thor Ragnarok and Kung fu Panda.

Although Owen Vaccaro is young and still has room for improvement and growth in his acting career. He played an impeccable character to make The house with a clock in its walls the success it is today.

On A Finale Note

The House with a Clock in its Walls a fantasy family horror based on the original novel with the same name should have been focused on adults and not children. But it’s the dynamic atmosphere, a great picture and storyline is a big applause to the big screen movie version of the novel.

I like the move, the magic, the mystery but wished it was packed with great actions scenes with a more magical display of comedy and mystery.