Nock: And that's this big paper you wrote? What's it called?
Turing: The Imitation Game.
Nock: Right, that's... That's what it's about?
Turing: Would you like to play?
Nock: Play?
Turing: It's a game. A test of sorts. For determining whether something is a...a machine or a human being.

Have you ever thought what the “I'm not a robot” checkbox in the login page of bitLanders is all about?

It's a type of CAPTCHA system meant to hinder spam and to protect website data by finding out whether you're a human user or a computer bot (with malicious intent). It is derived from the Turing Test, developed by none other than the father of modern computer science and one of the founding fathers of artificial intelligence, Alan Turing. 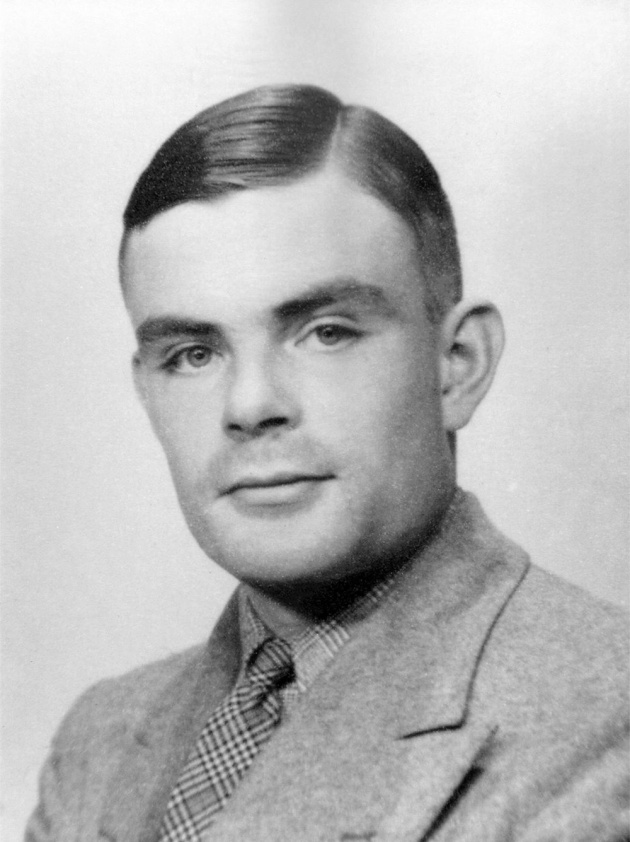 Alan Turing was best known for his work in theoretical computing and in artificial intelligence, providing concepts for algorithms and computations. Last 2014, a scientific biography for his contribution to ending World War II was made, entitled: The Imitation Game.

Turing's WWII Heroic Contribution as portrayed in The Imitation Game

Denniston: Well, how the hell are you supposed to decrypt German communications if you don't... I don't know, speak German?
Turing: Well, I'm really quite excellent at crossword puzzles. German codes are a puzzle. A game just like any other game.And this is the most difficult puzzle in the world.

A genius mathematician and a crossword puzzle hobbyist, Alan Turing was recruited by the Bletchley Radio Manufacturing Factory. 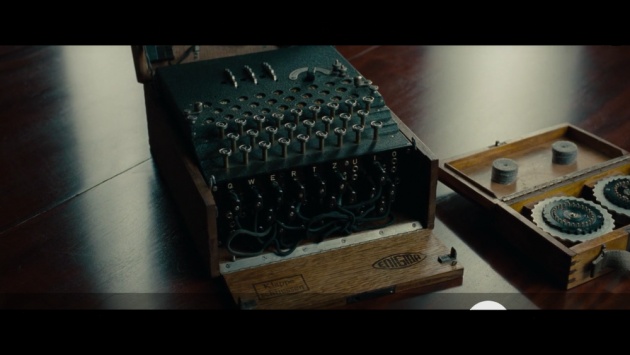 He let them know that he knew the top-secret mission in the facility: to decipher Enigma, a communications code used by the Nazi that resets settings every day. Despite dismissive reactions from his employer, he got a slot for the job.

There are a million million possible combinations that they need to skim through every day. Understaffed, Alan Turing devised an application test, solving puzzles in a very short amount of time. Only 2 candidates have passed; one of them is Joan Clarke. 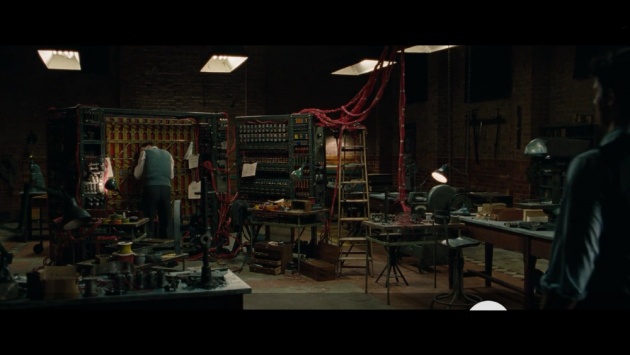 “What if only a machine can defeat another machine?” —Alan Turing

Aloof, a bit arrogant and difficult, Alan Turing wasn't liked by his coworkers (at first). Denniston also disliked him, so he was met with criticisms and discouragements for his proposed idea of making a 100,000GBP machine. 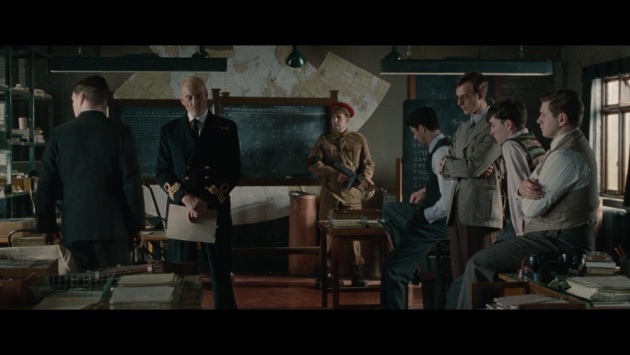 Clarke eased things up with his colleagues. She also constantly convened with Turing solving math problems to apply to the computer. His coworkers later appreciated his work and put his faith in him, even wagering their positions just to keep the machine from being confiscated.

At a party, Clarke's dorm mate innocently revealed that a German operator's code always begins with the word “CILLY,” (for his lover's name, probably).

Turing then thought that the machine should only look at repeated and predictable words like “weather” or “Heil Hilter” and base the settings on these words. 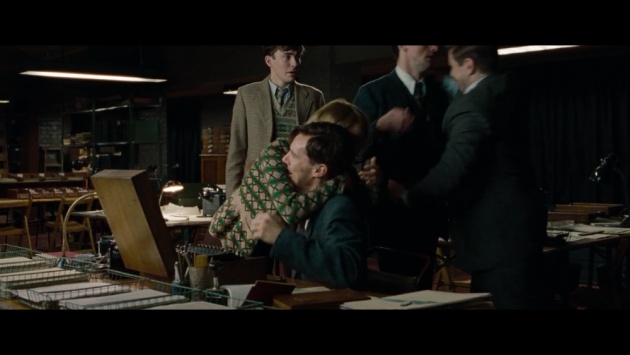 Their theory turned out to be a success!

Hugh Alexander: Our job was to crack Enigma.
Turing: Oh, we've done that. Now for the hard part. Keeping it a secret.”
—The Imitation Game

After finally cracking the Engima, Turing and his colleagues were left with the hard choice of keeping it a secret, for fear of the Germans finding out that they've beaten their communications code. 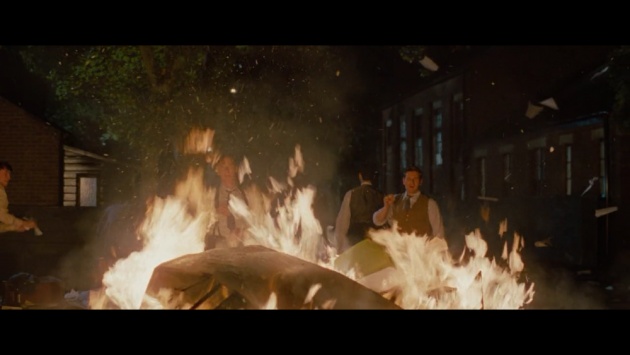 The team burning all evidence about The Bombe. Photo credit: lapiz-lazuli (screenshot)

Letting the Germans know means that they only need to change their whole settings within a week (tops), letting 2 years of the team's hard work go to waste. To avoid this from happening, they relied on statistical data to win the war with minimal turns and maximum actions before causing enemy suspicion.

“I think that sometimes it is the people who no one imagines anything of who do the things that no one can imagine.” —Christopher Morcom

The young Turing in the movie was being constantly bullied, possibly for being highly intelligent and for being different. With the help from a timely friend, Morcom, he pulled through middle school. 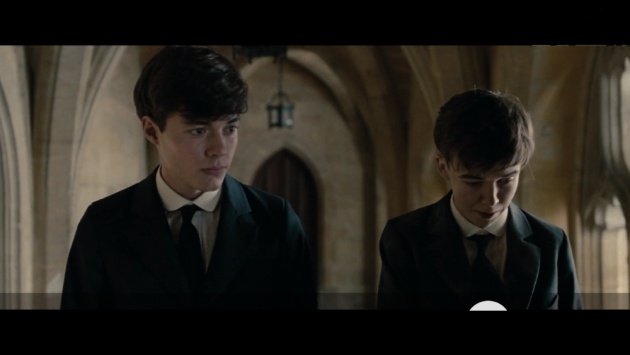 Turing and Morcom seemingly liked the same things, but Morcom was the one who introduced him to cryptography. Throughout the semester, they exchanged codes only they could understand.

Going home for the holidays, Morcom promised Turing he would be back, but he never did. It was later found out that he was suffering from tuberculosis even before he got close to Turing. 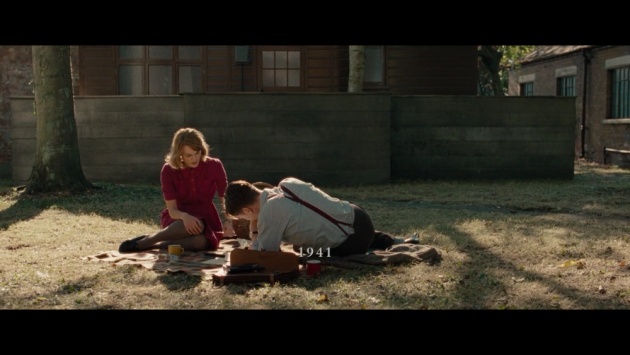 Intrigued by her intelligence and qualifications, Alan Turing smuggled classified notes and met up with Joan Clarke at night, from time to time, analyzing probabilities to narrow down their search for enigma's daily configuration.

However, she received an ultimatum from her parents because she was getting along in years. Caring for a like-minded friend (unbeknownst to her), Turing proposed to her so she could continue staying at the facility.

“I had my suspicions, I always did. But we're not like other people. We love each other in our own way and we can have the life together that we want.” —Joan Clarke

Tired of hiding further secrets, Turing later admitted to Clarke that she can't marry her because of what he was. He added that he didn't care for her at all and implied to only use her wits for the project.

“Of course machines can't think as people do. A machine is different from a person. Hence they think differently. The interesting question is just because something, er, thinks differently from you, does that mean it's not thinking?” —Alan Turing to Nock 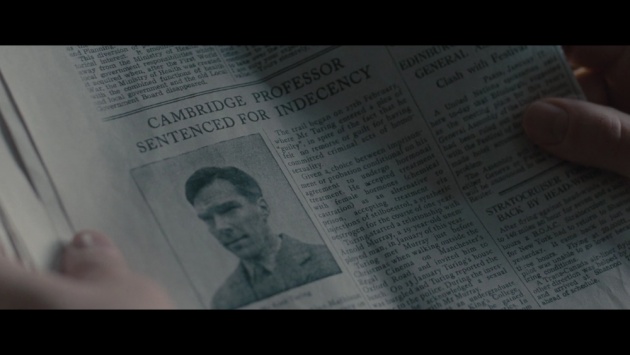 There was a robbery at Turing's house sometime in the 1950s, being investigated by Detective Nock. Suspicious of the crime, Nock went to great lengths in finding out who or what Alan Turing really was.

Because Turing's military record was burned, he didn't know what Turing did at Bletchley Park, though he did come up with another dirt: Turing's sexual preference and offense. He only later found out about Turing's war accomplishment (with the benefit of the doubt) when he interviewed Turing.

Impression About The Imitation Game

It is analyzed that breaking the Enigma shortened the war for at least 2 years. Only in this recent decade that Alan Turing's heroic participation was recognized and awarded. 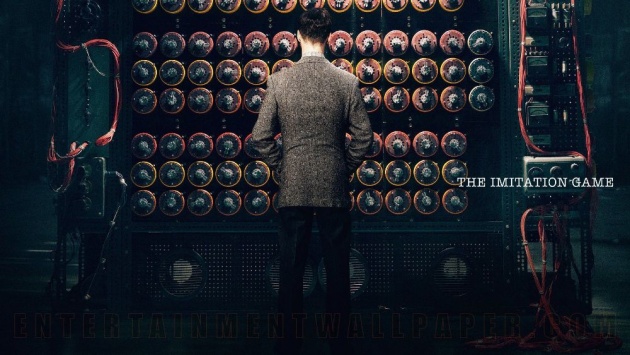 The Imitation Game is a great movie that reveals to us the hidden efforts of these people, albeit it was laced with some dramatic turn of events, discrediting a bit of historical accuracy. We'd realize that war is indeed gloomy and bloody, but hope to keep the peace is never lost, thanks to these people regardless of who or what they are.

The film is included in Manny The Movie Guy's 2014 Favorites:

For inventions and contributions of Alan Turing in the computing world, you can take the Querlo chat below:

Disclaimer: The Imitation Game (2014) is directed by Morten Tyldum and owned by Black Bear Pictures, Bristol Automotive, and Orange Corp., distributed by The Weinstein Company. This blog post, particularly the Querlo chat, is for informational purposes only. Seek further knowledge from an expert in the given field. Writeup made by lapiz-lazuli.