THE IMPORTANCE OF TRUSTING YOUR INSTINCTS - DIRECTOR'S JOURNAL 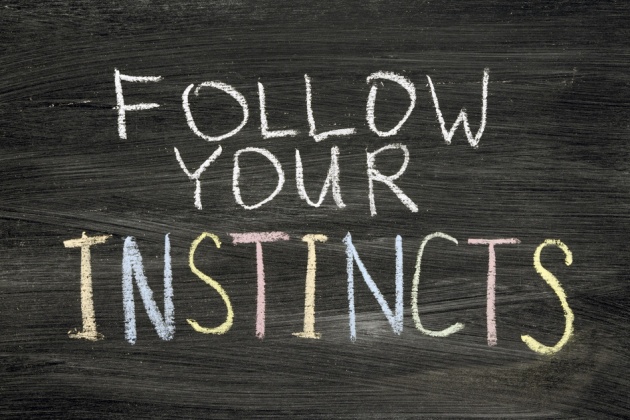 The way I have done pretty much all of my creations is by letting my instincts take over the creative process completely. Most of the time I don’t really know where the idea is leading to or if it will lead to anything meaningful. This is the scary part. However, on my very short and humble experience, this has proven to be the way to go for me, both in terms of artistic satisfaction and truthfulness of the final product.

Now, you might be asking what do I really mean by letting your instincts take over. Ill explain. There are two ways to create:

Some people create amazing things using their intellect consciously. Seems to be that highly intelligent and intricate pieces like “Inception”, for example, have been worked out consciously. For me personally, conscious creating doesn’t work because I don't like to direct my ideas. I like them to go wherever they want and kind of “discover” them. I like to surprise myself. To give you an example of this, the intro for this next short film (the pages flipping against white background) was an image that got inside my mind.

I didn’t want to know how the short followed after that. So I recorded it and let it show me the way to go. After I recorded it, another idea (the first scene) popped into my mind. Then another, and another. That’s pretty much how I created this short film. To be honest, I’ll tell you a secret. The sequence “Irene in the flower garden” was completely alien to me. I couldn’t figure out its meaning inside this story even when I was shooting it! But somehow I trusted it would make some sense into our consciousness.

Another rather extreme example would be my latest short film “La Patria Dormida”. I recorded the first shots from this piece about 2 years ago. No reason in particular, I was simply following my intuition. How would I know 2 years later I would still have those images taking form in mi mind, at which time I decided to shot the other half of the short film.

In the end, no matter how crazy your idea is, people will try to figure out some logical sense out of it. So I suggest to you, don’t be afraid to let your instincts lead you. You will surprise yourself and learn more about your true inner self.