The Incredibles Movie Review: A Family of Heroes 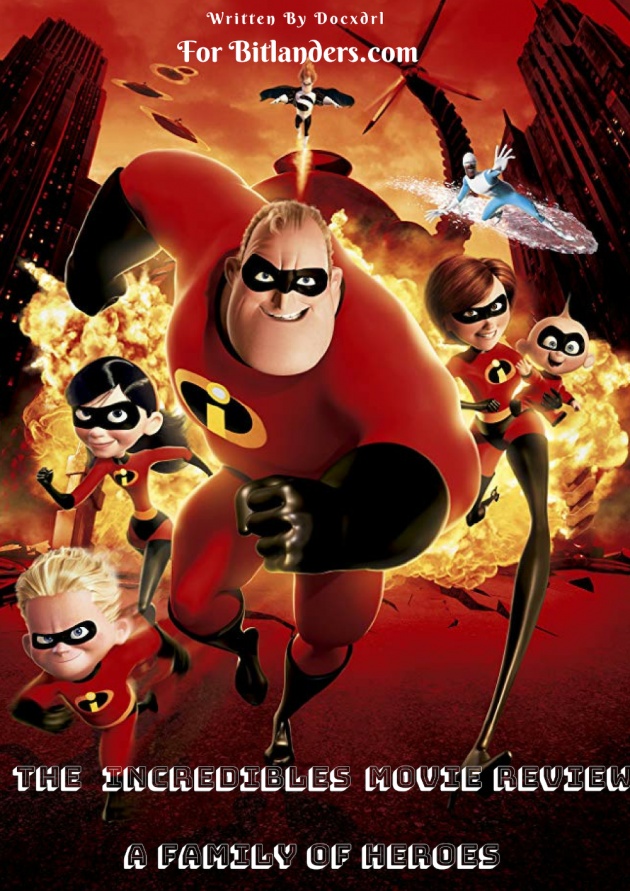 Image edited on canva by Docxdrl

The Incredibles Movies Review: A Family of Heroes

In a world where heroism is not accepted, it takes the will of steel to hide talents. Despite battling with a bulging belly, a canny boss and family responsibility, a superhero must shoulder the mantle of saving the world from evil.  He must save it from a derange fan-boy.

The film The Incredibles is an American superhero film that follows a family of superheroes who hide the powers in accordance with a governmental injunction to blend into society.  The movie was written & directed by Brad Bird. At a very young age, Mr Brad developed a love for animation and was mentored by one among the reputed Nine Old Men of Disney Milt Kahl.  The animation was produced by Pixar Animation Studios released by Walt Disney Pictures to give us nothing short of the thrill in watching animation. The animation stars Craig T Nelson as Mr Incredible a superhero with super-strength. Holly Hunteras  Elasticgirl, a lady who can stretch, Sarah Vowell  as Violet Parr, the daughter of Mr Incredible and her two brothers Dashiell (Dash) Parr &  Jack-Jack Parr

Disney animation has suffered criticism in the past, after honing their skills in animation. They are now the best in story-telling, uniqueness, originality, plot and execution of movie scenes.

Like all mediums, storytelling has a G.O.A.T (Greatest of All Time) and, in our humble opinion, that is Walt Disney

This however encouraged viewers to go to cinemas to see movies by Disney studios. Disney outstanding performance in films and animations in recent times has left many people talking.

The short story of the movie

Like every other day in the hero world of Mr Incredible the strongest Superhero (Craig .T. Nelson). He rescued a man from committing suicide by jumping off a building. It turns out the man was dissatisfied with Mr Incredible and sued him to court for ruining his death. Mr Incredible lost the court case and the government paid a huge sum of money for it. Unfortunately for supers in Metroville, a surge of lawsuits for previous lives and property damaged started emerging. The government could no longer afford the outrageous lawsuit claims and therefore banned heroism.

He did not hesitate but jumps at the offer.  He resumes heroism behind his family instead admitting he was fired from his monotonous insurance job. 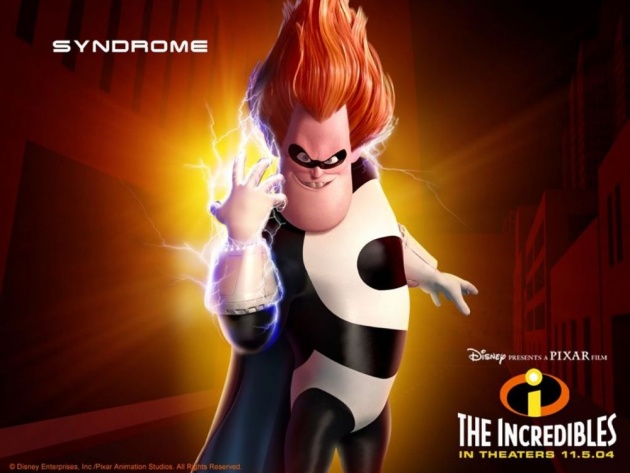 It turns out, it was a trapped set by an old nemesis syndrome. Mr Incredible fan-boy turned villain Syndrome

You can’t count on anyone! Especially your heroes

It’s bigger. It’s badder. Ladies and gentlemen, it’s too much for Mr Incredible!

The colours used, the streets, the buildings and the island-jungle in the animation is well organized to make reality look like an unpolished idea of hell.  Animators can play with colours and contrast to make reality look bizarre! Yet, I have to re-watch The Incredibles again to write a review. It worth the time. The movie embodied heroism, love, family and egocentrism from a unique angle than the stereotyped damsel in distress Enchanted

The animated movie The Incredibles storyline is unique. It proclaims the ideology of a lone ranger, I work alone. A Heroin flexible as she is elastic. She can adjust to normal life in a society where heroism is illegal.

Its epic as Mr Incredible dream of returning to glory days almost put his family and life in jeopardy. Even though, he is working hard to provide for his family. This gives the film true ideology of balancing what you love doing and being there for your family.

Mr Incredible, Elasticgirl and their children seemed the nucleus of the movie. Although Frozone (Samuel L. Jackson ) is also a hero, he is sidetracked in the story. With Mr. incredible stock in the fantasy of reliving glory days, like all normal families with challenges. The Parr Family is no different. Having superpowered children makes it more complicated. Even when they are forced to exercise restraint. 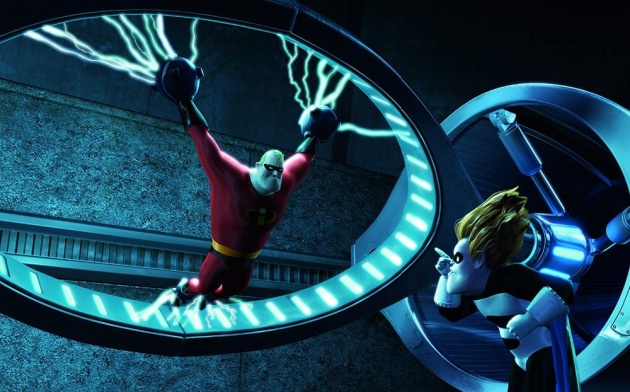 The animation portrays every father animal instinct of protection! Although they are a family of supers, every father’s primary responsibilities is protection.  Protection from attacks both domestic and foreign.  Ultimately, a parent may choose to sacrifice himself for the family in an attempt to keep them safe.

Disney movies often times are mainly focused on the protagonist, The Incredibles is no different. Unlike most Disney movies with a lot of musicals, this movie is focused on heroism.

The Technical Side Of The Incredible

The movie is painted with heroism as the main theme, and every detail in the movie serves the purpose of making The Incredibles action-packed. The atmosphere, colour and the execution of scenes keep the viewer on edge.

Animated Movie with unique and premeditated storyline is Disney’s speciality. This is no different. Disney animators have done an applaud job in communicating heroism in this context. The custom designer and hero abilities got it right from the start with the actors. It helps the animated movie depicts the mindset of every hero-moral compass. The moral compass of Mr Incredible and Elasticgirl was not farfetched from any typical hero. It is rooted in the fundamental inclination saving people.

The animation is breathtaking with astonishing computer generated image (CGI) far beyond what I have seen in the past. The buildings, the streets and jungle where created with high-standard.

The collective works of the actors

Some of the actors in  “The Incredibles” are high prolific actors. Samuel L Jackson has appeared in more than a hundred movies in Hollywood. Director Philip Bradley  best known as Brad Bird made the movie extraordinary in every sense of the word.

Although the movie was centred on Mr Incredible, despite being strong and confident in his abilities put his family first.

The animation is male character based. It shows Mr Incredible struggling to handle things on his own without the interference of others, most especially his wife. He spends so much time trying to live the glory days than paying attention to his family.

The Incredibles follows every Disney heroic movie standard but violates the damsel in distress standard. As the damsel have superpowers. She does not need to be safe, rather she does the saving!

Despite superpowers, Mr Incredible embodies self-satisfied egomaniac attitude towards heroism and people around him. Although, he has the core-believe of helping people in need.

The Incredibles is a movie for the whole family. It has the core message to glue members of the family together. It is intended to make members of the family understand that, everyone has a special role to play in making the family happy. The family is a ground to nurture a habit, learn to cooperate with one another to achieve set objectives or defeat an enemy in this case.

I will leave you with this video