The Influential Generation Y: Educating Children in African Slums with The Supply

On March 5, 2012, the infamous 'Kony 2012' video went live on YouTube. Within 24 hours the video had already made it's way around the web, news sites and Youtube channels alike. A video meant to bring to light the atrocities of one man's destruction to the childhoods of hundreds of children quick turned into a case of myth busting.

Whether you believe the message of the Kony 2012 or not, 93 million views later, the word spread quickly about who Kony is, the Invisible Children Organization, and the problems currently facing Uganda.

The reality is that this is only one movement to fix the world's problems. For the past five years, I have discovered, researched, and have been completely amazed by the efforts of some of the most influential members of Generation Y (arguably anyone born between the early 80s to the mid 90s) to make the world a better place. Despite the flack we Gen Y-ers have been receiving as a lazy generation, we are one of the most intellectual generations yet.

This is the second article out of a series of articles I plan on writing to further support the amazing men and women of Generation Y. I hope that this series will allow these individuals to gain more attention for their projects and notable for their achievements to better the world. 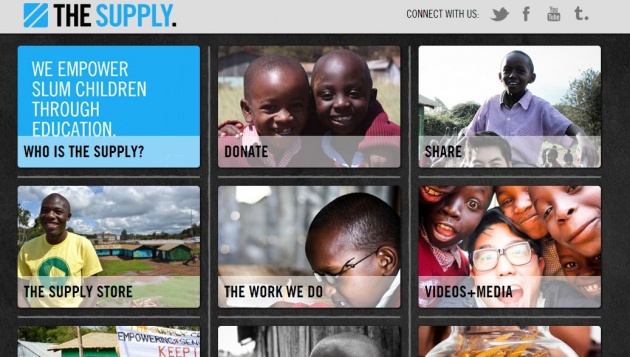 Part two of the Influential Generation Y series is about The Supply, a nonprofit organization whose main effort is to improve the education conditions in slum communities throughout Africa. But before you read more about this organization, you should know some of the facts when it comes to understanding the slum problem in Africa.

In this day and age people don't need to watch a documentary to know the slums are never the ideal place for a child to grow up in. While we cannot imagine our education being other than free, albeit paying state and local taxes or private schooling, until we reach the university level, millions of children living in the slums live a different reality.

What defines a slum and what are the typical living conditions:

What are the risks children face while living in slums:

The Supply (n). yeah, we're educated
(v). now use that education for good 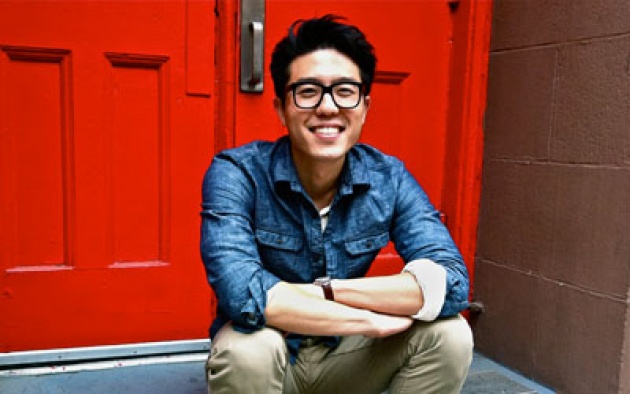 Meet Eddo Kim (seen on right), the founder and CEO of The Supply, a man who created the organization after a trip to Nairobi in 2010. After hearing the story of someone named Muscort, a man who was lucky enough to receive an education at a secondary school and a university with a sponsorship, Kim became inspired to start The Supply in effort to provide education for the children of Africa's slums. Source

"A service learning and human rights education model that connects the students' activities within the classroom and their experiences in the community. The end goal of the program is to equip these future student leaders with the critical skills necessary to become active change agents in their slums communities. " The Supply 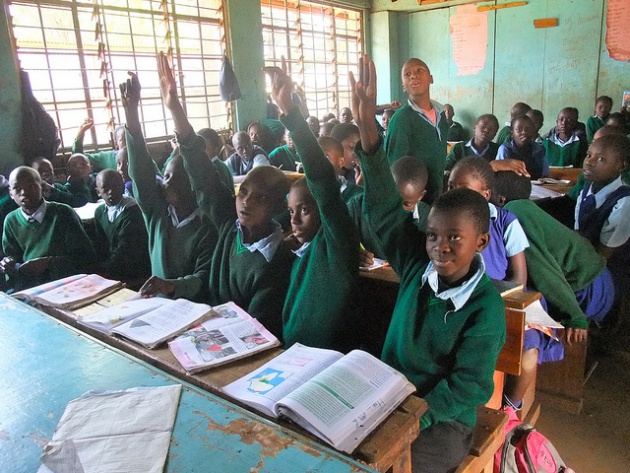 9 Ways You Can Help The Supply with Their Cause:

In 2001, it was reported by UN-HABITAT that out of all the urban population of Sub-Saharan Africa, 71.9 percent (about 187 million people) lived in slums, making it the largest in the world. Education should never be a chore. It should be seen as a way to better oneself, not a hindrance. To withhold education of children of the slums will further increase poverty and growth of the slums of Africa.

For more information about the efforts of The Supply, visit their official website. Check out their current projects here.

For more information on UNESCO's efforts for better education in effort, click here and here.

For more articles like this, visit my WebTv page, WebTv channel and blog posts on Filmannex.

Statistics used in this article made available by the UN-HABITAT Program, UNESCO, and World Bank. All information, videos, and images in this article is credited to The Supply official website. Schoolchildren in Africa Image Source:  ARC - The Alliance of Religions and Conservation