The popularity of the different K-Pop short for Korean Pop Music groups is continuously increasing each day.  Undeniably, these groups are admired and sought after not only in Korea but also in other countries.  Filipinos and other nationalities love their songs, their music, the dance moves they perform and even their fashion. Their performances are setting a new standard and are truly admirable.

Hello Bitlanders! I hope you are all doing fine. I would like to take this opportunity to talk about some topics that will separate us for a moment from the usual topics about career, money, and work.  For a while, let us take a quick look at the world of entertainment. Specifically, the K-Pop which is sweeping the limelight like a storm.

There are different K-Pop groups that became so popular on stage. One of the very first groups that I became aware of was the Wonder Girls. I even had a chance to dance to the tune of Nobody way back in 2008 when we had a program in our office. Well, okay that was 10 years ago.

Then, there was the Super Junior which was considered the biggest K-Pop group with 13 members.  There are also other groups such as EXO, Girls Generation, BigBang, BTS, 2NE1,  and many others which are equally popular.  Then recently, Momoland is making a big name in the entertainment industry. 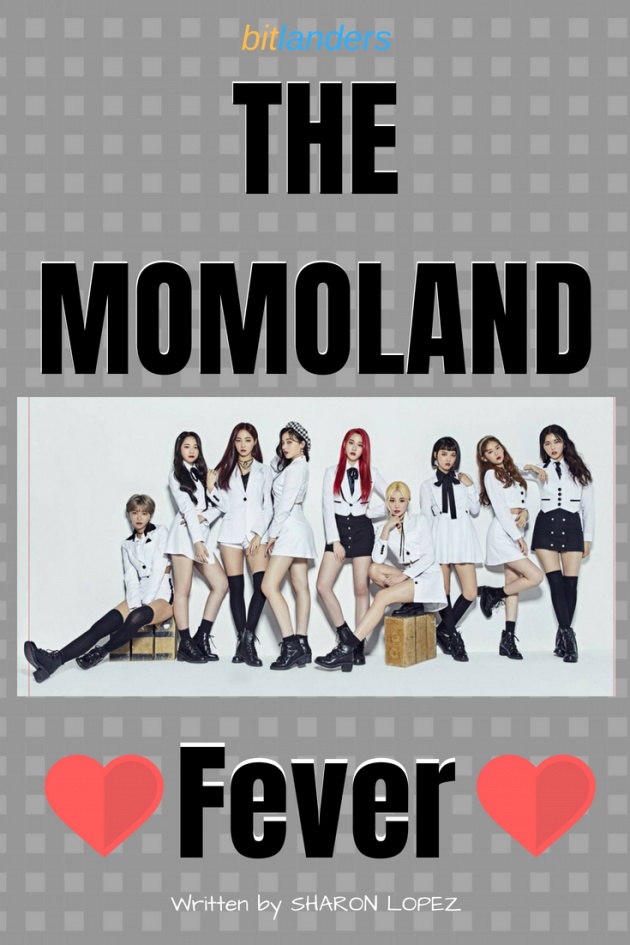 Momoland is an all-girls band consisting of 9 members from South Korea under the MLD Entertainment Industry (formerly known as Double-Kick Entertainment). The group was formed through a reality show Finding Momoland in 2016.  The seven winners formed part of the original group namely, Ahin, Hyebin, jane, JooE, Nancy, Nayun, and Yeonwoo.  Additional members have been added to the group after their debut to complete the nine members. Daisy and Kim Taeha were the additional members which completed the group's line-up of nine before their initial comeback on April 2017.

Momoland has already made several achievements in the entertainment industry within a short period of time. Some of which are as follows:

The song Bboom Bboom, was the lead single of the Momoland's Extended Play, Great! The song which was shared over a million times made the group an overnight sensation. Dance videos have been spawned through Facebook and other social networks. The group became instantly popular all across Korea and around the world.

While watching the video of the group dancing to the tune of this catchy song, I remember similar dance steps from the famous singer and rapper, Psy's Gangnam Style. The video has recorded more than 3 billion views and in fact, it was the first video that reaches over a billion views on YouTube.

Currently, the YouTube video of Bboom Bboom has already recorded over 114 million views. Will it surpass what Gangnam Style has achieved?

After the success of the Bboom Bboom song,  Momoland returned with another mind-blowing electro-pop single, Baam. The song is bubbly and ear-grabbing as it can immediately capture the attention of the listeners.  Like Bboom Bboom, Baam song was also produced by Shinsadong Tiger, a South Korean composer.

♥The recent Visit to the Philippines

The recent visit of Momoland to the Philippines was a great success! Filipino fans have been thrilled and overjoyed. The Momoland was in the country for a private show in Solaire's Resort and Casino.  Though not everyone was given a chance to see the live performance due to some restrictions, the group still gained a lot of appreciation from the fans.

Two of the Momoland's members, Nayun and Yeonwoo were not able to come with the group due to some prior commitments.

Momoland Group has 7 original members and 2 additional members making it a group of 9. Here they are:

Lee Hye Bin, the vocalist, leader, and rapper of the Momoland Group was born in Andong, South Korea. She used to be a model.

Lee Da Bin or "Yeonwoo" was born on August 01, 1996 at Seoul, South Korea. She is the main Rapper, vocalist, visual, and face of the group.

Her real name is Sung Ji Yeon, born on December 20, 1997.  Jane is the main dancer and vocalist of the group. She was born in Changwon, South Korea.

Her original name was Kim Minji but legally changed it to Kim Taeha. She was born on June 3, 1998, in Jeonju, South Korea. Taeha is the main vocalist of the group.

Nayun or Kim Na Yun is a vocalist of the Momoland Group. She was born on July 31, 1998, in Seoul, South Korea.

Yoo Jun Ahn is more popularly known as Daisy. She is the main dancer, lead rapper, and vocalist of the group. Daisy was born on January 22, 1999.

A girl from Bucheon, South Korea, Lee Joo won or "JooE" for her fans is the lead vocalist, lead dancer, rapper and face of the group. JooE was born on August 18, 1999.

Nancy Jewel Mcdonie's Korean name is Lee Seung Ri. She is the lead vocalist, lead dancer, visual,  center and maknae of the group. Nancy was born on April 13, 20000 at Daegu, South Korea. What made her even popular among Filipino fans was her striking resemblance with our very own Liza Soberano.

Here the video of Baam. I know you will like. Enjoy watching!

The current popularity of the Momoland only shows the ingenuity of the present generation. The talent of each member plus the teamwork and great efforts of each and every one composing the team contribute to the success of the group.

Thank you guys and gals for reading. Have a great day!

Note: Photos used in this blog posts are given proper credits based on the sources as indicated herein.

Written for Bitlanders
by Sharon Lopez

The Woman Who Still Wants to Marry

Among K-drama that aired in October 2015 among which,1. SBS 'Six Flying Dragons'Drama, starring Kim …