Once a western tourist asked his guide “tell me why do you people have teapot in your washroom” that was the first time I hear about the humble ubiquitous LOTA being ennobled and described as a teapot; the lota which play and important role in our domestic living

That was a long ago later; of course LOTA became the most popular word. In the political idiom of Pakistan.in many general election of Pakistan it was the star performance leaving many respectable old politicians behind in the account of popularity. So much so that MNA’s and MPA’s who had themselves acted openly and lately as LOTAs, made fun of others for being one. Of course for them he justification was simple, they had to change loyalties as a matter of principle. 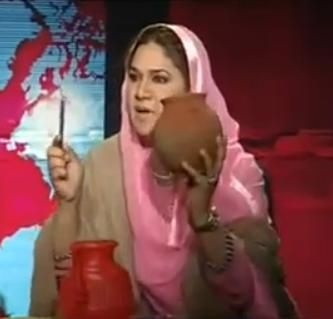 I was ruminating on this small but useful vessel. Somehow despite its great utility it has been more or less by ignored by history journalism. For all I know it may have occupied a prominent place in the politics and culture of the Urdu-speaking areas of old India. So far as the geographical entity now comprising Pakistan is concerned, the LOTA never acquired fame or notoriety. Except once, and it is the time when whole thing started.

This was the days leading up to the partition. There was a gentleman in Lahore at that time by name Dr. Mohammad Alam. He had earned the reputation of turncoat, weathercock. One day swearing allegiance with Muslim league and other day letting down the league at the behest of Congress or Unionists in power. The whole of Lahore and province of Punjab came to call him Dr LOTA. It is recalled by the old-timers in Lahore that once or twice, in order to leave no doubt about his identity on telephone, the much-maligned politicians had to refer to himself as Dr Alam LOTA. “Mian Alam bol raha ho, bhai Alam LOTA” 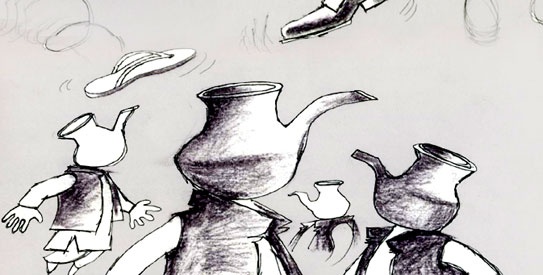 a newspaper published last year one of the most delightful picture I have seen after a long time it showed a group of small boys from deeni madrassas holding Lotas in their hands and demonstrating in Lahore in favor of this indispensable utensil this teapot in the words of English women. One of the Urdu placards they were carrying said “o Mr. Governor, perhaps you are not aware of the importance of LOTA”    it was an amazing way of protest

How the late Dr Alam Lota would have delighted in this demonstration by the boys as we know, a clever politicians have that habit of turning everything adverse of their own advantage and an endorsement to their persons and their politics. How times have changed because of his behavior as a political shuttle-cock, one man 50 years ago, the innocent Dr Alam had sobriquet of LOTA foisted on him. Now, when you cannot trust your own father  to keep his political tryst with one Party and when there are other people who have made the round of all the political parties in the country and then come back to “the Anna  place” how many of them can be invested with the title LOTA. 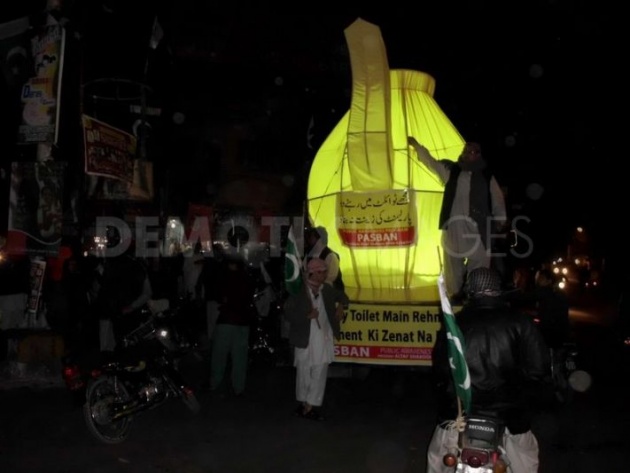 If we were to hang LOTA around the necks of all the politicians like the stat award the “Pride of Performance”   I am sure we will run out of this premier requirement for people of South Asia despite its whole sale production in plastic. Then the only alternative then would be to use teapots for the rest and praise that English woman for her observation.