The Razzie Awards Nominations Are Here! Celebrating the Worst in Cinema! 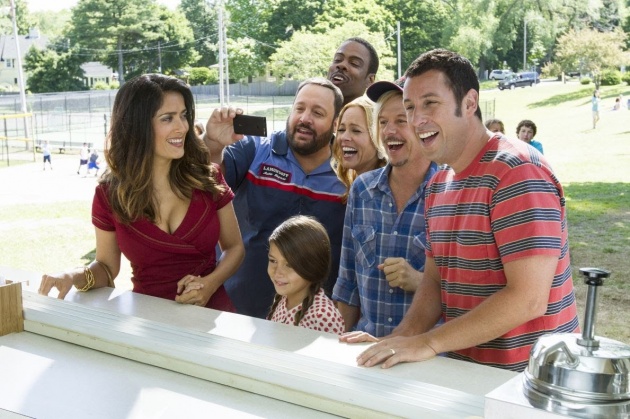 If Meryl Streep is the perennial Oscar favorite, then Adam Sandler is the Razzie king!  Launched in 1980, the Golden Raspberry Awards or the Razzies is a spoof of the awards season honoring the worst of the year!

Sandler should have a Lifetime Razzie Achievement Award by now winning the worst actor trophy for "That's My Boy" last year, and in 2012, his "Jack and Jill" made Razzie history by taking home 10 awards and the comedian getting both the worst actor and actress crowns!

But this year, Sandler has stiff competitions from the likes of Johnny Depp, yup, the Johnny Depp of "The Lone Ranger," both Will and Jaden Smith for "After Earth," Ashton Kutcher for "Jobs" (okay, this one's unfair, I thought Kutcher did a good job), and Sylvester Stallone being honored for worst actor for three movies including "Bullet to the Head," "Escape Plan," and "Grudge Match."

"Grown Ups 2" will be competing with "After Earth," "The Lone Ranger," "A Madea Christmas," and "Movie 43" for worst picture of the year.

Per tradition, winners (or are they losers?) will be announced on "Oscar Eve," Saturday, March 1st.  Remember when Sandra Bullock took home the worst actress for "All About Steve" and then the next evening won the best actress Oscar for "The Blind Side?"

Here are your full nominations for the 34th Annual Razzie Awards:

The Entire Cast of Groan-Ups, Too
The Entire Cast of Movie 43
Lindsay Lohan & Charlie Sheen: Scary Movie 5
Tyler Perry & EITHER Larry the Cable Guy OR That Worn-Out Wig & Dress: A Madea Christmas
Jaden Smith & Will Smith on Planet Nepotism: After Earth