The Road to Directing...

Thought I would update with a little advice-driven blog post. Partially because I think a lot of people want to know about the topic I'm going to write about! "How do you become a director?"

During my time in the industry, I have tried to collect as much of this info as I can, speaking to as many directors as possible and finding out their stories so I can help other people out.What I will be referring to, is becoming a director in the commercials world, rather than anywhere else, however this is a great stepping stone into the bigger 'Features and TV' world. Ridley Scott Himself was directing commercials, like the famous Hovis Advert, before any of his features were made. 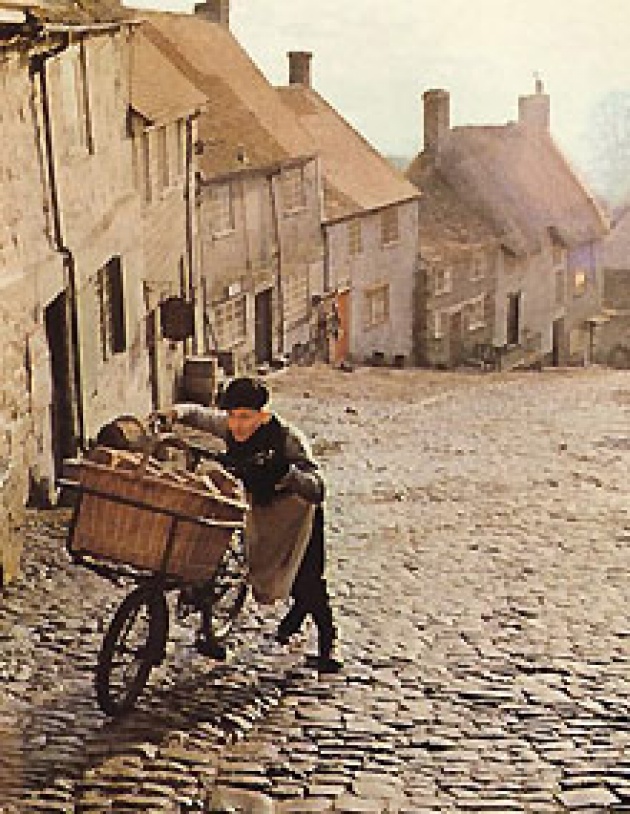 You can't be a director, unless you're directing... sounds obvious, but theres a lot of people out there who claim to be directors, but have only directed one or two things. Get out there, practice, evolve, build a style, make music videos, short films, test commercials, anything you are interested in making... just do it!

The next thing is of course, to get your stuff seen. And this is where it gets tricky... and there are a few different ways to go about this.

Firstly... get stuff into festivals and online!!! I personally know two directors who have got signed by having a video go viral. One of these is Jack Tew, who is currently signed for Buddy London (And a keen member of film annex also!) Whos film 'One night stand' hit a million hits on vimeo, and got noticed by an MD who liked not only one night stand, but all of his shorts and so he got taken on.

Another example is 'MJ Delaney', signed by firstly 'The Love commercials production company', and now by 'Moxie', and is who I work with often on Aldi. She directed the viral, Newport state of mind, and got signed up through that! Read a bit more from her perspective here, quite an interesting read for a fresh new director to the industry... brilliantly named "My god i've got a Gaffer? What is a gaffer?"

You can't deny however, that although these two are certainly talented, a degree of luck is also involved. The right person seeing your film at the right time. But there ARE ways to improve your chances.

SAVE MONEY, MAKE FILMS, GET SEEN

One way is to get an easyish, 9 to 5 job, stay away from London for a bit, live with parents etc, save up all your pennies and keep making films... make as many as you can, get a fab showreel together and then pester every single production company until they have to listen to you. Again, the hardest bit is getting people to listen, but there is argument to staying out of the industry and focusing on your showreel. More time, more money BUT less resources Perhaps.

GET INTO THE INDUSTRY... DIRECTING OR NOT...

One route, is to work in the industry. No matter what job role you have to take. I think this is certainly a good Idea! It opens up many more avenues, and helps you to learn a lot about what you are actually aiming for, and knowing what jobs roles there are etc etc.The argument against this, is that working in the industry is HARD... its not 9 to 5, and if you are running on shoot, your hours could be ridiculous an you might not have time to be creative, or get any short film writing done.

However.... you MEET people. And meeting people is the key to getting noticed! A few friends of mine have been runners for a while, while building up their showreels, but working in the industry means they have met studio owners who lend us studios for free, they have met Focus Pullers who want to be DOP's, and so they have amazing looking films, and their DOP have connections and manage to get amazing cameras such as the alexa, on a great deal. If you work in an office, you manage to talk to people nearly everyday, who can get their hands on the equipment you need, and if you are very nice... could do you an amazing deal. You meet people who can help you with Special FX, Playback, Sound, everything! Because you are surrounded by them all the time and make relationships with these people.

This is certainly one good way of sprusing up your showreel and getting ahead of the rest. And the great thing is... when you finally have a great show reel, you've met so many people from 'production' and different companies that you can ring them up, have a bit of a catch up with them, and then slip into the conversation about your showreel. Rather than cold calling.

I know a few examples of this working for people also. 'Moxie Pictures' former PA is now a director for them! He worked in office with them, and eventually managed to get them to take notice of his talent. Similarly, a previous runner with Chris Kelly (Who i've mentioned a few times now...) has managed to get his foot in the door and get noticed, and now Chris jets around the world ADing for his old runner!

I had the great honour of speaking with Dougal Wilson and picking his brains. He was working for a company that made little corporate film type things, they occasionally used to hand one of the smaller budget projects his way with a camera to film whatever he could for it. They eventually gave him more responsibility with these and he used to take opportunities with the kit and make his own music videos and short films... some great little ideas and snappy execution got him where he is today. He started by getting signed to a music video company who he had showed his VHS showreel to, and established himself further from there!

However, if you are more interested in staying in the industry for the longhall before getting to director... this is a good way too. 'Nate Camponi', a director from chief in Manchester, although still quite young, started off as an editor for Anders Hallberg. Another director with them.Nate was editing his stuff, and Anders had a 2 part project coming up, one for TV and one for viral, so Anders offered the viral part to him.Nate jumped at the opportunity, and a year or 2 later, he's directed tons already!

Similarly, there are examples of people managing to get to director from 1st ADing, DOPing, Editing... everything you can imagine really. Takes a bit more dedication, but if theres another job role that interests you, its worth striving for that as well as director... every little helps! :)

So. There's no, one way to get to director. Everyone's story is slightly different and everyone's choices are different. Its all down to personal experience and preference. The main thing though, is keep trying, and keep making films. Without an up to date showreel, its much more difficult!

I am a short film maker, who started out at Staffordshire University not knowing anything, other than that I wanted to work with people. I graduated from that University two years and have carried the same dream! Which has led me into the world of commercials production. I currently work…

Hello everyone i hope every is good and blessed. First of all i want to tell everybody that my engli…

Naresh with lady on Video Call on Skype

Boy takes his life by jumping from height when his girlfriend did not notice him. In his last time, …