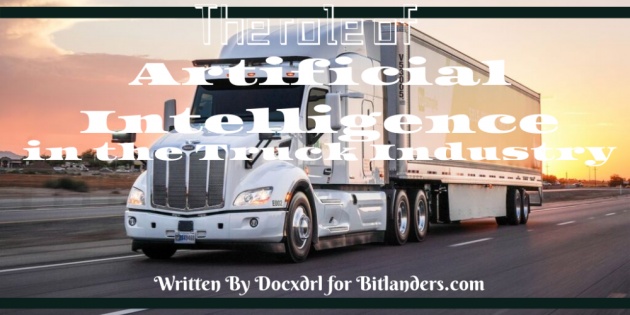 The role of Artificial Intelligence in the Truck Industry: edited by Docxdrl via Bitlanders

While self-driving trucks are still in their infancy, it is of great importance for us to consider the role of AI in the truck. Will the role played by artificial intelligence be of importance to the companies producing AI-powered trucks or to the people employed in the company? How will these changes affect the economy of developing and developed counties across the globe? Is the world ready for self-driven trucks?

If you are a regular internet user, you must have come across the Internet of things (IoT) and how artificial intelligence is changing our homes and making them care for use, and several articles out there depicting the benefits of AI. 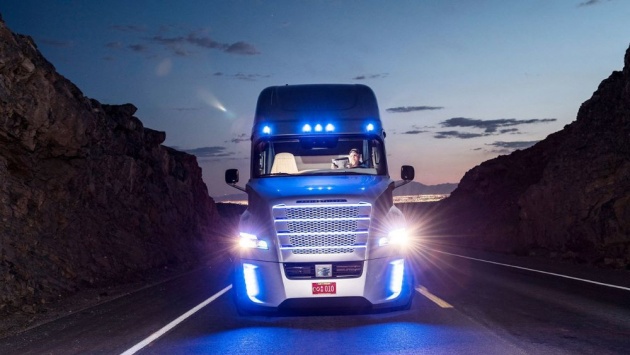 Even with such articles in circulations, the demand for autonomous cars has to lead to the demand for a freight transport system specifically;-Trucks. This industry is faced with challenges such as fluctuation in fuel price, drivers’ shortage, increase in truck rates and the possibility of a fall out for the industry. To remedy their challenges, they look into trending technology, the Role of Artificial Intelligence in the Truck industry.

What is Artificial Intelligence in Transportation?

Smart cities, smart Homes and Smart Transportation systems are paving way for what is to be called smart highways that constitutes a collating of traffic data that can reduce congestions and improve scheduling transport system of freight transportation.

Artificial intelligence in transportation is optimizing the transport industry into delivery, not just a pleasurable experience when travelling from one place to another, but in removing the human element in transportation and replacing it with an AI to reduce accidents rates, delay in delivery or bad uses of public roads.

AI will allow the streamline flow of traffic patterns, smarter traffic algorithms, real-time tracking of the movement of trucks and the route they are taking to deliver the products and service they are intended.

AI is driving the evolution of intelligent transportation systems that enables freight transportation agencies to use the power of high-speed computing power of technologies to make mobility safer, faster and reliable in reaching their destination. 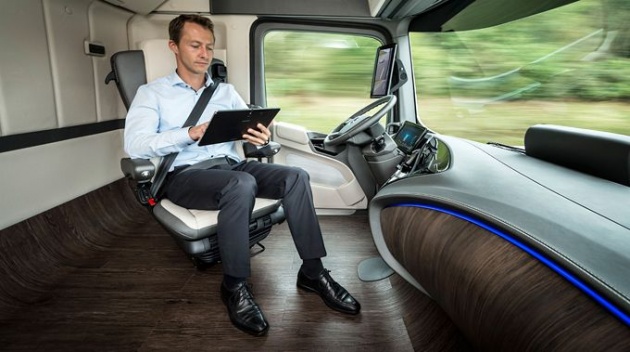 Freight transportation systems of self-driving trucks can use AI in transportation to increase productivity, monitor, and delivery more products, good and services. And to travel the world and render services to companies, government parastatals and individuals.  This, however, begs the question;

Will Self Driving Trucks Take Over?

As you may have already noticed, autonomous technology in the automotive industry can no longer be stopped. The development of trucks that can drive themselves is a concern for truck drivers. But before the self-driving trucks take over, a lot must happen in the industry to cut all ties with humans behind the wheels.

With the trucking industry continuing to move forward, the main thing on the truck driver’s mind is the security of their jobs

Before long, it is possible that self-driving trucks can take over the industry, but it is important to note here, collision systems, stability control, lane departure warnings embedded in trucks are helping the truck drivers to drive safely and reach their destination with ease.

But I’m forced to think that, in the soon coming future, truck drivers may just sit down in the cab to assist the AI driving the trucks and take over the wheels when it becomes absolutely necessary for them to do so!

Although, there may be times when weather conditions may impair with the sensors of the trucks and navigation may prove difficult. These trucks may seem incapacitated to travel under adverse conditions or the failure of one or more systems in the truck, in such case, a truck driver would have to take over the wheels. So it may seem that it is too early for truck drivers to start thinking of their jobs been taking over by AI-powered self-driving trucks. Let's look at what we are going to learn in this chat today about autonomous Trucks

Are Truck Drivers Out of Their Jobs?

Contrary to the opinion held by Daniel McCreary Maybe I should be scared, the introduction of autonomous trucks could lead to more job employment as more individuals are needed in those trucks.

At least I can’t rule out the fact that the job description of a truck driver won’t change. The driver may not be needed to do more manual driving, but he would be there to maintain the human intuitive mind in driving a truck and making judgments based on guts feelings and other human emotions that Artificial Intelligence can’t mimic.

While trucks drivers are been worried about them being replaced by artificial intelligence in self-driving trucks, autonomous trucks are ready to do business in Texas and other parts of the world.

Unfortunately, a country like Nigeria is not yet ready for autonomous vehicles due to bad roads, bad governance, sudden jaywalking of people and animals on high ways.

Maybe, Nigeria can only start using self-driving trucks when machines have sophisticated AI systems that can handle the unlawful use of road, infrastructure and sudden wicked behaviours of Nigerian drivers.

How Long Before Trucks are Autonomous?

Although trucks and cars use AI-powered chips to be autonomous, I can still say that it will take several decades before we see fully autonomous Trucks.

The substantial weight of trucks means the time it takes to stop them is much longer than cars, and trucks have less ability to swerve to avoid an accident

Trucks are longer and heavier cars, when it comes to programming, or using Artificial Intelligence (AI) in simulating how a truck should move, obstacles awareness is more pronounced and the skilled horned by a truck driver cannot be easily coded or mimicked by an AI. 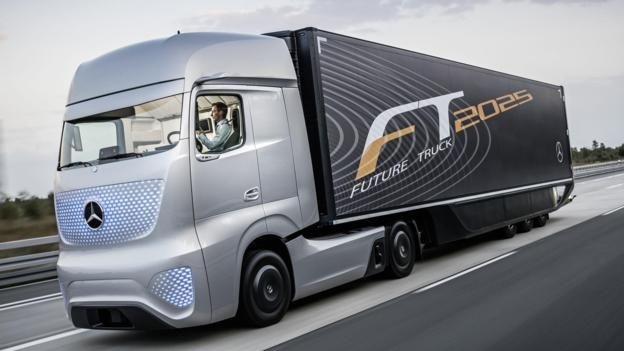 It is now safe to assume that the time frame before fully AI-driven trucks replace humans on the road is not so soon! These AI-systems must earn their keep by learning from humans and also having a human escort as their copilot in the truck.

I am not ruling out the advantages of AI-powered trucks that continued to assist drivers with emergency braking systems, blind-spot monitoring, adaptive cruise control, lane-keeping, traffic jam monitoring etc, but AI needs to have a license to drive a truck as normal human beings do.

Is There A Future in Truck Driving?

As controversial as it may seem, self-driving trucks may pose a serious threat to employment as long haul truckers remains Nigeria youths main means of employment.  As we move grains, perishables and animals from the Northern part of the country to the South.

Furthermore, it may be possible that in places like the United States of America and other developed nations of the world, autonomous trucks may not pose a problem for the country and her economy; I beg to hold a contrary opinion on that for developing economies and countries like Nigeria.

I will maintain the opinion that Trucks and their technologies should change, become sophisticated and ease the strength, concentration, and energy used by truck drivers, but the mission, vision and objective of the truck driver must remain untouched or untinted by technological advancement.

As a person who has experienced truck driving, the mission is to deliver the grains, fuel, clothes, animals, goods and services in perfect conditions. And anything short of these is contrary to my ambitions as a truck driver.

Artificial Intelligence (AI) been able to span into many industries of life is admirable! AI has seen applications in homes, healthcare industry, transportation industry and has not left trucks untouched with its beautiful smooth integrations ability.

The world seeks autonomous vehicles, and AI is believed to be providing the world with what it needs. Self-driving trucks are witnessing the same revolution AI is bringing into the cars industries.

Although both cars and trucks utilize AI-technology in bringing to life autonomous vehicles, a truck driving itself on the high way is a milestone for artificial intelligence in the automotive industry that can’t be overlooked.

But it does pose a problem for the transportation industries as many truck drivers will lose their jobs. Just like VHS lost to DVD, and now DVD is losing to HD-cables, so will trucks drivers lose to AI-powered self-driving trucks in the near future.

It is a good business for the companies that owned the trucks, but for a growing economy, and developing country, it’s a disaster.

You are welcome to come JOIN US @ Bitlanders