There had been little development in science during the long span of middle ages (c.500 to 1350 AD) as the Catholic papacy had staunchly been upholding a system of beliefs and tenets that was largely derived and incorporated into the clerical offerings from the ancient Greek and Roman literature. In this period scientific method was not in fashion. The students had to willy-nilly go through the scientific works whose authority used to be biased. This passive inquisition began to revolutionize with the dawn of the Renaissance. During the 2nd half of the 16th century the probe into the natural realm ushered into the revitalization of scientific disciplines, e.g. anatomy, zoology and botany with the advent of philosophers like Andreas Vesalius. 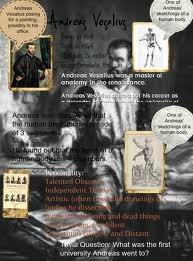 It shocked the scientific inquiries that their results didn't always tally with the already accepted (biased but taken as granted for centuries) myths; all this probing into new facts inspired the common reader. The probe further extends from the earth to the heavens: Nicolas Copernicus, on minutely studying the records of the trajectories of heavenly bodies advocated the heliocentric concept of the solar system instead of its classical geocentric theory. Riddled with the conventional beliefs, the Church and its votaries, prevented the heliocentric theory to gain proper recognition till such time the breakthroughs in mathematics and physics paved the way for the required recognition. 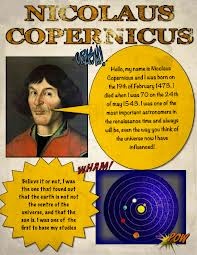 In the 17th century, various discipline of the subject mathematics underwent a great deal of enhancement particularly in algebra, geometry, trigonometry, etc. All this contributed indirectly to the development of physics now and it showed a lot of progress. By the end of the 16th century Galileo elicited that the rate of change of speed was all alike for any object, big or small, falling toward the earth and also made a way further probe into the laws of motion. Many notable physicists studied the nature of matter and they came up with a number of innovations, e.g. the introduction of air pump, thermometer, etc. Nevertheless their attempts to probe deeper into the matter to the atomic level didn't yield by that time. 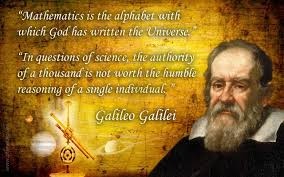 The very initial applications of physics witnessed were in the field of biology. During the course of the 17th century, a number of puzzles about human body got solved and it was being analyzed as a form of matter. The most conspicuous instances of the applications of enhancements in physics were noted in astronomy. For example, Kepler proved that the planets revolved into elliptical orbits.

The contribution made by Sir Isaac Newton was a landmark event of this new dimension of practical science. He was smart enough to simultaneously take into account the works of Kepler and Galileo to come up with an integrated explanation of the universal laws of gravitation. The Principia Mathematica of Newton in which he laid out the foundations of calculus is regarded as the panacea to the complexities and puzzles that were hidden in the structure of the universe; this greatest breakthrough served as a kindda combined outcome of all the precursory works of the Scientific Revolution. 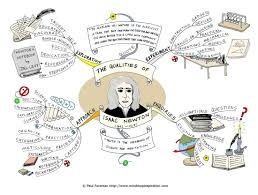 (n.b: To see my other blogs you may click on the following link of mine. Read, like, share, buzz and comment as you please. Kindly also don’t forget to subscribe me; I'd be obliged if you people could send me your feedback via your comments, thank you!)