The Sony PS4 unveiling and the future of socialising online

For anyone who caught Sony's recent PS4 unveiling on a live stream, will have been given an insight of at least the next seven years of home entertainment. Microsoft will likely follow suit with their next console to rival Sony's and add another perspective on the matter, but at this stage there is a lot that can be taken from Sony's and their affiliated third party developers mission statements for the next generation.

This generation of consoles brought not only online social gaming to the fore, but also established themselves as a multi functional entertainment hub for your living room. It was on demand television, browser, DVD and paved the way for HD blu ray. You could plug a printer into your PS3 for whatever reason and you could shout commands at your Xbox 360 and it would occasionally obey. So what next?

The next generation through Sony's eyes looks to be on accessibility and efficiency. That said, it's clear they want to unite their users in a more affectionate social media kind of way. What makes it so evident, is the 'share' button on the top of the new controller. Anything you experience on the console, you will be able to share and upload through what is expected to be a whole spectrum of social media. 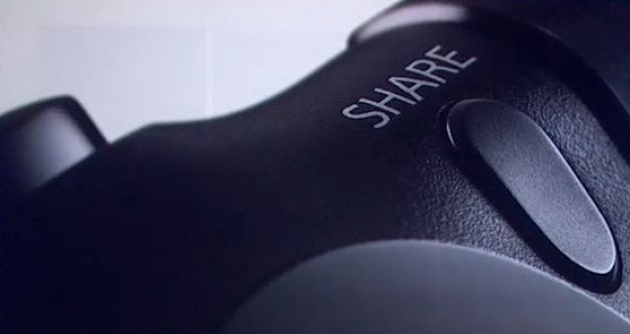 Sony weren't being secretive with this addition. Perhaps it may also appear on Microsofts console in some form.

Many of the capabilities for the console that were mentioned, should perhaps be looked at further than the face value in which they were presented on show. The ability for someone to take over the control of your game if you're stuck on a difficult section, feeds the imagination as to how else this technology could be implemented. Browsing videos online for instance; could be a multi person experience with people popping in and out of areas of your screen to show you things they think you might like. All the things you do for entertainment on your consoles and home computers now, are likely to become more intuitively interactive and even more social in the coming years.

Another announcement which grabbed my attention, was from Media Molecule. The tagline for Little Big Planet 'Play, create, share' seems to have transformed into the companies staple as a whole. Their maiden release for the PS4 is a game where you can quickly 3D sculpt anything you can imagine, create a world with your creations and record it in motion. They see it as a dream recorder. What they're effectively trying to do, is become the next big thing in Machinima. Machinima (the art of making films within video games) and in particular; Machinima in Minecraft is extremely popular on Youtube at the moment. I've been involved in making films in this way with Minecraft and despite the relative ease to make something relatively ambitious as opposed to other types of film making, third party modifications certainly made the process more difficult than it should be. When a big developer creates something that makes the whole process of making films with video games as easy and ambitious as it should be, you're going to see the art form really flourish.