The Start of the Gregorian Calendar 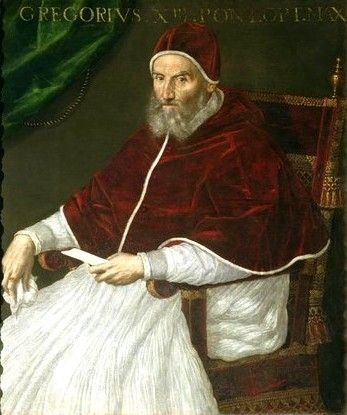 The previous calendar, the Julian Calendar, had, by this time, become rather out of alignment with the actual year. As a consequence of this, ten days were skipped in October, with October 4th being followed by October 15th. Other changes were also made to the calendar to keep the alignment, such as the modification of how leap years are calculated.

The Gregorian Calendar is named after Roman Catholic Pope Gregory XIII. As it was enacted by a Pope, it had no authority outside of the Catholic Church and the Papal States, so it was only originally enacted at that time by four countries, Spain, Portugal, much of Italy and the Polish-Lithuanian Commonwealth. It took some time before countries that used the Julian Calendar adopted the Gregorian. For example, the British Empire didn't adopt it until 1752.

Image Source: Google Edited by Moon Khan This December is the last month of 2016 and 2017 is ready t…

The new project for the races of 2016

After having spent the last few years participating in some rallies in the Italian territory, 2016 i…

For me, time is the most precious resources each one of us have. We are all given the same 24 hours …