Banksy’s at it again, in NYC! His most recent work of art included a stuffed animal slaughterhouse truck and a “mobile garden” aka a NYC garbage truck with a mini garden in the rear.

The slaughterhouse truck is filled with stuffed pigs and cows that squeal and squeak as the truck travels across the town, disturbing many and sparking a multitude of controversial online conversations. 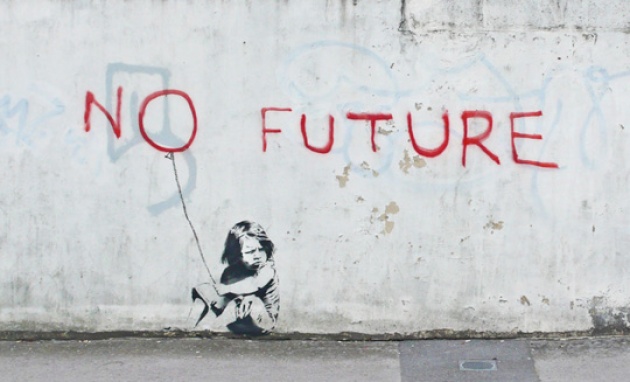 These two pieces have definitely caught the attention of the public, as Banksy is known for doing. He is one of the most iconic street artists to have ever roamed our city streets, unknown.

The best part about Banksy is that he toys with the media and the public and does not conform to consumerism and the commercialization of his art. He is a genius when it comes to street art and knows how to avoid publicity. 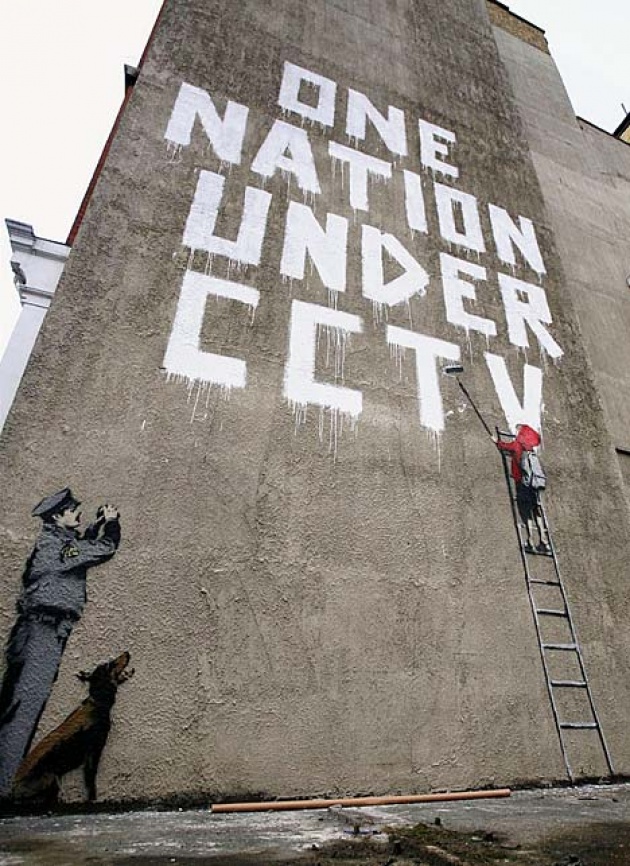 What I love about Banksy is his “I am mysterious and the world will not know my identity” mentality. He does not announce his presence to have people praise him; instead, he lets his work speak for itself. That is what true artistry is in my book – when you create something for the sake of the creation and message not for praise.

The world is curious to find out the true identity of Banksy but we all know, deep inside we sort of want him to remain a mystery since, Banksy is now a symbol as the voice and rebel of the average citizen. 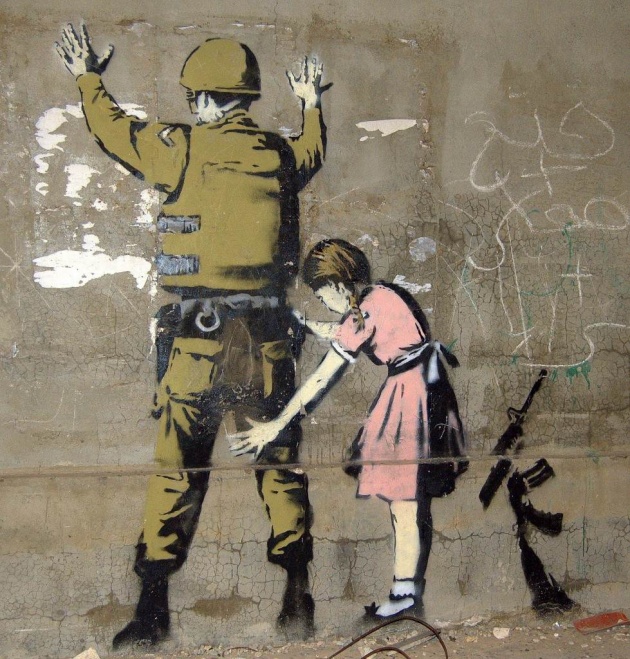 I don’t think the world will never know of Banksy’s identity, as he devised a clever plan by “directing” a documentary, Exit Through The Gift Shop, which is known as being a hoax, (but nobody is entirely sure) and has been identified as Robert Cunningham, but we’re not entirely sure.

Banksy has made people second themselves each and every time they “reveal” his identity so that his identity will forever remain a mystery. 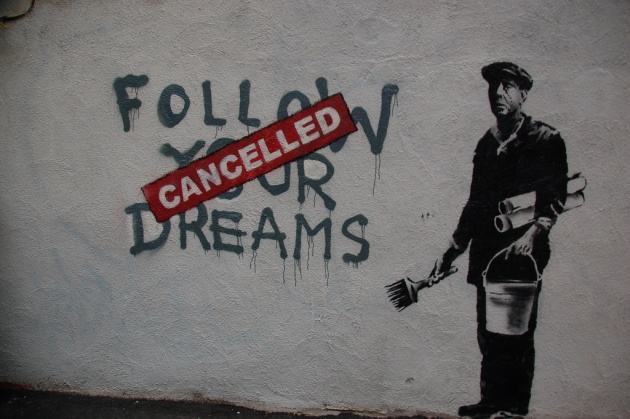 Some of my favorite Banksy pieces include the little girl in a pink dress searching a soldier, the stencil with the quote “ If you repeat a lie often enough it becomes politics”, the angel with a bullet proof vest and of course the little girl with her heart balloon.

All in all, Banksy is an incredible artists and I can’t wait for more. 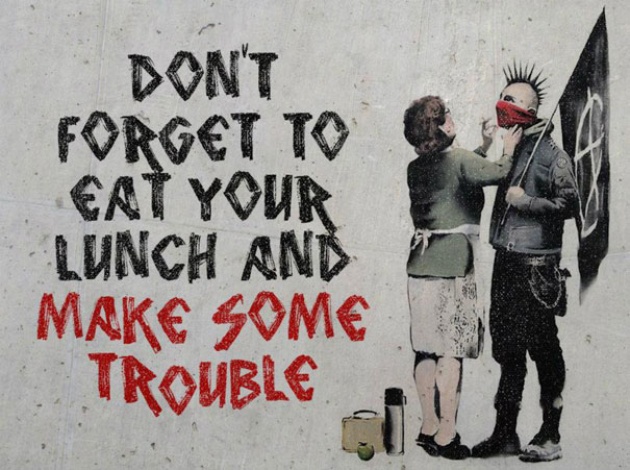 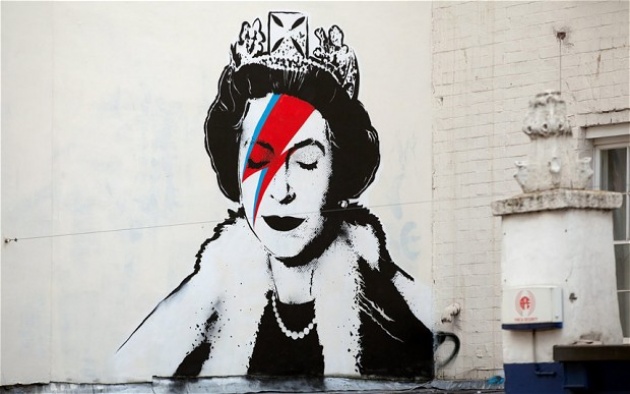 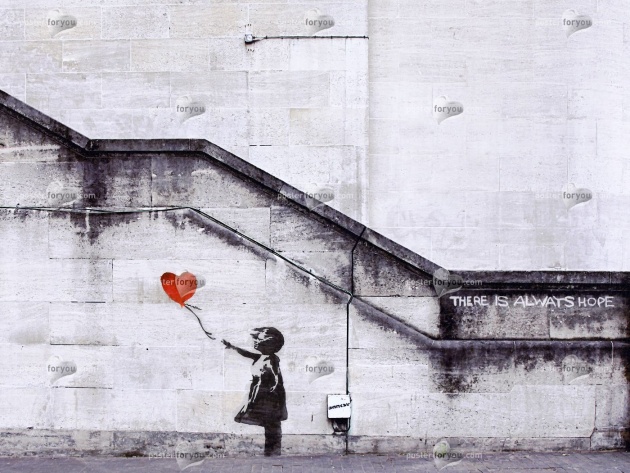