The struggle at old age

Rarely do we look a little deeper into the lives of the old who struggle to keep up with their old values.

Recently I saw the movie  The Drought written and directed by Kevin Slack.

Here is a story of an elderly Brooklyn native who wants to continue with his old job of repairing and selling umbrellas. He is being doing it year after year and is now forced to leave it due to different circumstances.

Even though it’s a short movie, there is lot of work that goes into it like story boarding with sketches . . .  . . .

I like his daily routine of coming home and switching on his turn table first. Something I identify with. (the minute I am home, I switch on the music) While the movie progressed I noticed that the lighting used in the movie is something unique (and keeps you riveted) And when it is outdoors, the colours are very appealing.

Kevin Slack who has done a wonderful job.  He is seen here with Edmund. Incidentally Edmund was in his late eighties when he worked for this movie. 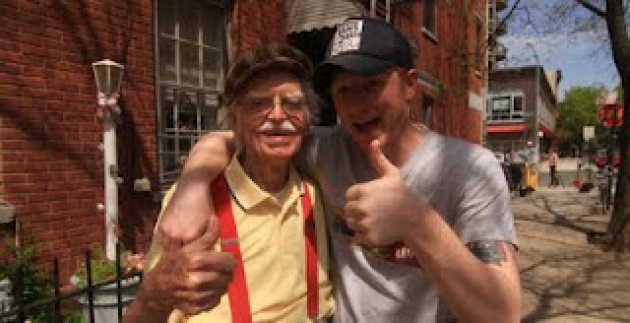 At times you may feel that some scenes are too long, but if you look at it closely you will realise that he (Jonas) keeps thinking about his past and how happy his life was with his sweetheart whom he lost early in life. She keeps appearing in some scenes.

If you can't see the movie above,  click here.