The T.J. Martell Foundation has a long and well established history as a leader in the fight against  Leukemia, Cancer and AIDS. Their fundraising strategy has grown from a promise a father made to his dying son to raise one million dollars to alleviate the suffering of others. That promise has long been fulfilled.  With the music industry as the driving force behind the initial push in 1975, the Foundation’s progressive direction in fundraising and advocacy has become a blueprint for successfully delivering resources where they are most needed. While the music community is still the fuel that drives the Foundation’s engine, strategic partnerships are routes being explored while the grassroots boots on the ground fundraising tactic has always been supportive.

The Foundation does hold fundraiser, one of which was held recently here in New York City, The Women of Influence Awards. Held at the scenic Essex House on Central Park South, the event featured a silent auction followed by the awards luncheon which honored exceptional women who have been an inspiration to others through their achievements both personal and professional. Among the award winners were several women who are cancer survivors themselves.

#InTheLab was fortunate enough to have access to the event where we spoke with several of the attendees, among them event host and cancer survivor Robin Quivers, long-time co-host of the Howard Stern Radio Show, honoree Hoda Kotb of the Today Show and also a cancer survivor who was accompanied by her good friend and co-host Kathie Lee Gifford, Real Housewives of New York’s Countess Luann de Lesseps and two of the stars of the off-Broadway play “Under My Skin” Kerry Butler and Megan Sikora.

Arthur Kade speaks with all of these extraordinary women who serve as an inspiration to others and who are involved in actively giving back to the community by supporting the T.J. Martell Foundation in their ongoing fight. We think you will be moved and inspired as well… 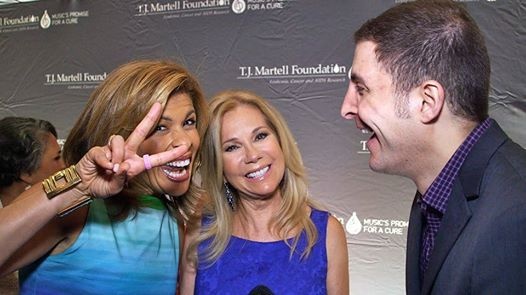