The True Meaning of Easter

The True Meaning of Easter

We’ve all heard the story of how Jesus died on the cross and how he was resurrected 3 days later. Every year millions of people who never go to church feel obligated to celebrate Jesus’ resurrection. Unfortunately, that one day only last for one day, and soon after Easter is practically forgotten for another year. Why do we even celebrate Easter and are we really celebrating the true meaning of the story behind Jesus’ resurrection? The majority of people do not have a proper understanding of what the story of Easter really means. 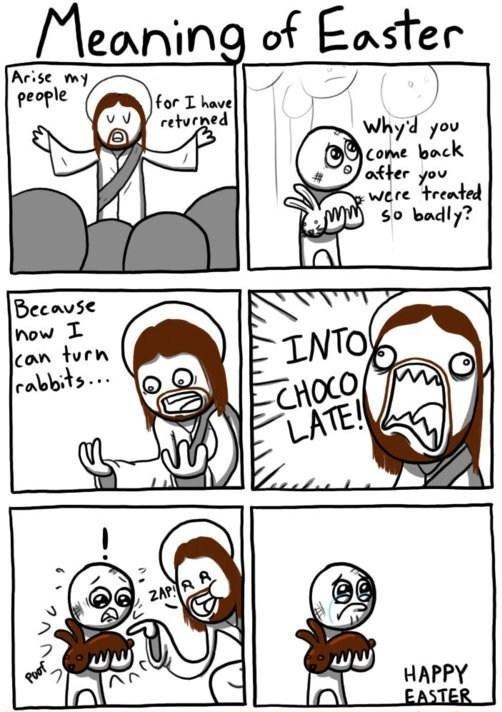 The most important fact to realize about the story of Jesus’ resurrection is that all of Jesus’ teachings directed at not worshiping or celebrating him, but celebrating the Father in Heaven, God. Yet, there are plenty of people and songs that sing and worship Jesus, and plenty of people that pray to Jesus everyday. Also, Jesus taught that everyone could be Christ and have Christ within them, yet if someone were to say or claim they were Christ people would be infuriated.

Preachers wear thousands of dollars worth of clothing and make more than the average yearly salary – completely opposite of Jesus’ teachings.  When you ask people if they’ve ever really looked into what they believe, the majority will reply with something along these lines – “I have faith. I don’t question it. Jesus taught to have faith and not question God”. This is correct when it states Jesus’ teaching. The only issue is the misinterpretation. 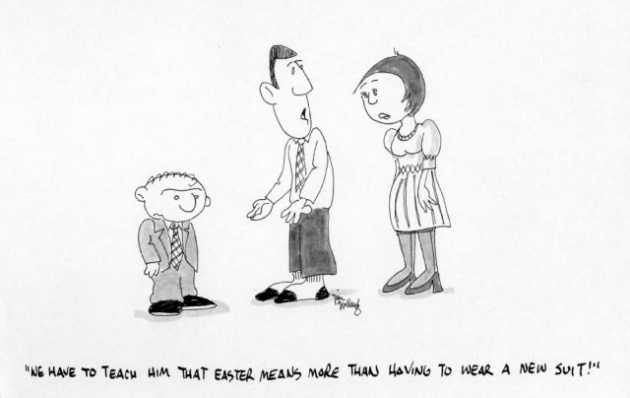 Jesus would not be opposed to factual knowledge. He taught metaphorically and the Bible was not written until several hundred years after Jesus’ death. Jesus was perfect. How is this possible if he was a human? Jesus was perfect because he knew he was a human, which means that he knew he was not perfect. The difference with Jesus is that he actually applied this knowledge and worked towards being perfect in all that he did, which is the only way that a human being can truly be perfect. 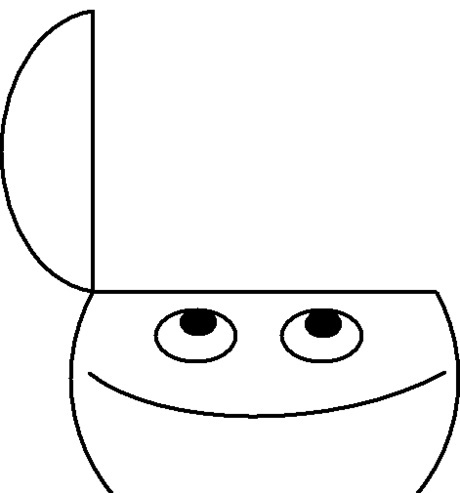 To truly understand Jesus’ metaphorical teachings, one has to think metaphorically and not with a close mind. Do not fear questioning something. Jesus never said questioning was a sin. Curiosity is what led Jesus to understand the world in the way that he did, and just like any other great truth throughout history, his teachings started off as blasphemy. People want to hear everything but the truth. This is where the phrase “the truth hurts” originated. 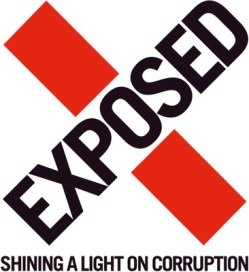 Truth is, throughout history people took advantage of Jesus’ influence and used it to gain power. The church had more power than kings thousands of years ago. They used the fear of Jesus’ idea of “Hell” and scaredpeople into believing and following them. Jesus did not teach anything that would be meant to scare someone. His meaning of hell was for those who are lost and do not understand the truth and facts of the world. It would be contradicting everything Jesus taught to say that a judgmental separate “God” is in heaven sending the majority of theworld to burn and suffer for eternity, and the few who are accepted into heaven live in paradise for eternity.

The reality is that heaven is a state of mind and a way of life, just like the Buddha taught.

Jesus realized that truth could never be changed. Truth is all that exists because a lie is not real. It is a deception created by human beings. Human beings as a species are just as ignorant as any other species, yet only tend to realize after a mistake has been made. “The Titanic is unsinkable” and “The world is flat” are two great examples.  Religion is not a bad idea until human competition and logic are mixed into the equation. Jesus said that it was impossible to comprehend God.  When humanity realizes there are things we simply cannot and will not ever be able to comprehend, the teachings of Jesus and the Buddha will finally be understood. 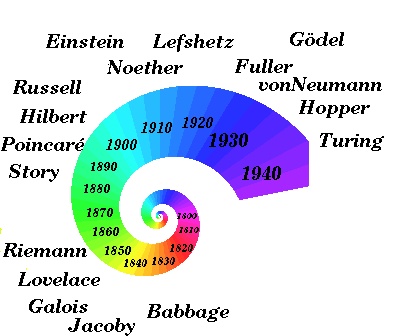 A great way to gain a better understanding is to use the example of math. Humans created math as a way to measure the world and as a way to make sense and logically understand the world better. We simply used what already existed and created a way of measuring the world that specifically fits to our brains. Time is another example. We created time as a measurement system for us specifically. No other animal or living creature uses math or time. Language is the only thing that has progressed humanity and is the same exact reason that humanity is now the only living species that wouldn’t have a negative impact on the world if we were to go extinct.

The Bible states that some of Jesus’ last words while being crucified were, “Father forgive them, for they know not what they are doing”. This alone contradicts that God would send someone to hell for eternity to suffer for doing something that they did not know was wrong. Truth is, what is real to people is what is real to people. It is impossible to convince someone otherwise even with factual evidence. This is where the ignorance of logic has such a negative impact on us. When we realize we are all wrong and organically different, we can begin to embrace this fact and work together much more collectively towards progressing people and planet.

The story of Easter should be recognized as remembering Jesus’ true teachings and interpreting them with an open mind. There is no need to comprehend, logically explain or separate the contents of the Bible and its moral lessons. There is only a need to apply these lessons. Either way the Bible is interpreted, the truth is that the Bible and the story of Easter have had an incredible influence and impact on humanity and continue to do so today. Let Easter be a reminder to embrace others for who they are and what they believe, and to not judge them or try to convince them of your own beliefs. Remember, people believe what they want to believe and what is real to them is what is real to them. Just stay true to yourself!

Learn more truth about the world at http://www.bitconfused.org!