The First world war had brought about endless miseries, deviation, diseases, poverty and hunger. The aftermath of the First world war was so dreadful that all nations united to make efforts to eliminate the chances of any future armed conflict which could damage the world peace. So they formed league of Nation. Unfortunately this international organization could not save the world from war and was dissolved 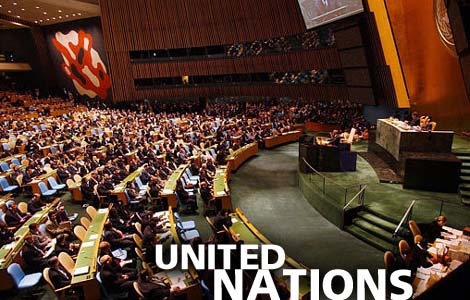 within two decades of its formation. The second world war proved more dreadful and devastating for the peace loving world. It caused miseries beyond measure. Atomic Bomb was used for the firs time in this war. Millions of people were killed, millions were seriously wounded and millions of people were rendered homeless.

After the second world war, the United Nations was founded. The Idea behind establishing this world body was to safeguard the coming generations form the destruction of war and to establish peace on the principle of equality of nations. The United Nations came into existence on 24th October 1945. Today, 192 countries are members of the United Nations.

Objectives of The United Nations

2.           To make joint efforts to eradicate poverty, ignorance and diseases.

4.           To help establish friendly relations among the nations of the world.

5.        To play a pivotal role to bring harmony in the measures taken by different nations for achieving the above  objectives. 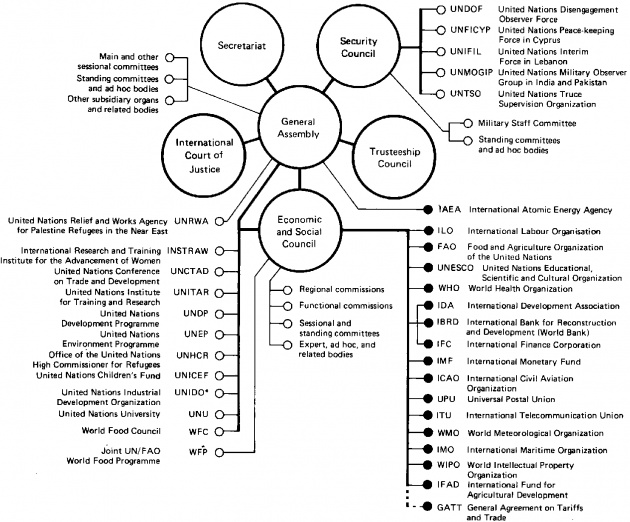 Organs of the United Nations

There are six principle organs of the United Nations. They are:-

It is the main organ of the United Nations. All the member nations have representation in the General Assembly. It can discuss any problem affecting world peace and can take decisions. Decisions are t 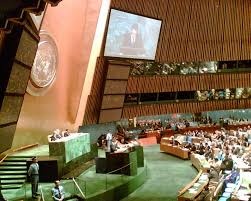 aken by vote. Each member has one vote. All the decisions are taken by two-third majority of the members present. It elects its own president in each sitting.

The Security Council is responsible for maintaining peace in the world. It has power to force action in order to prevent war. There are fifteen members of the security council, ten of whom are elected for two years, but five are permanent members. The permanent members include the United States, Russia, Great Britain, China and France. 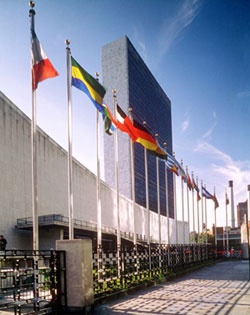 They also have the power to "Veto" that is, to say "no" to any resolution passed by security council. If a majority of the members of the security council find it important, they cane even ask the General Assembly to meet for a special session at a 24 hours notice.

The Economic and social council is composed of 54 members in all, each elected by the General Assembly for a period of three years. Its duty is to coordinate the work of international agencies. This council removes the economic 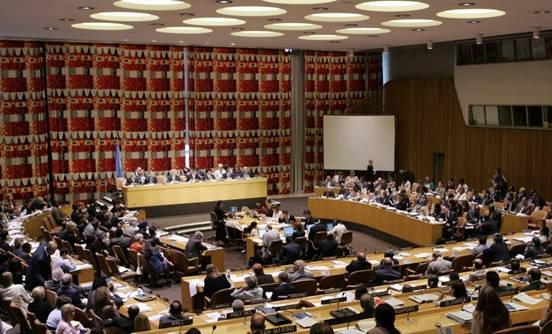 and social roots of war. The poor, the sick and the illiterate all over the world. It also deals with the problem of human rights. It sends food, clothing, medicines and other important commodities to the needy and the affected countries through its agencies. It meets twice a year. All decisions are taken by majority votes.

The world court consists of 15 Judges who are elected by the General Assembly and Security Council for nine years. The Judges themselves elect their President who holds his office for three years. From a member country one Judge can be elected at a time.

The world court hears only the cases of international disputes. The member countries of the United Nations may take the case directly to the court. The security council or the General Assembly may refer a dispute to this court for legal advice. 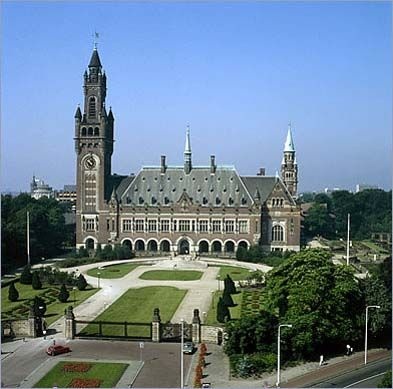 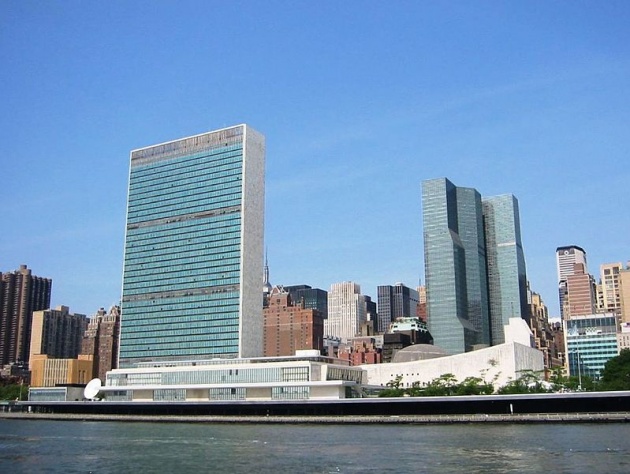 staff in the United Nations Secretariat are answerable for their working only to the General Assembly. It has eight different departments. It has large staff to discharge its duties, work of the Secretary General is very important. Its his duty to bring before the United Nations any matter which threatens peace in the World.

This organ does not exist anymore. It was formed in order to look after those territories that were left without a 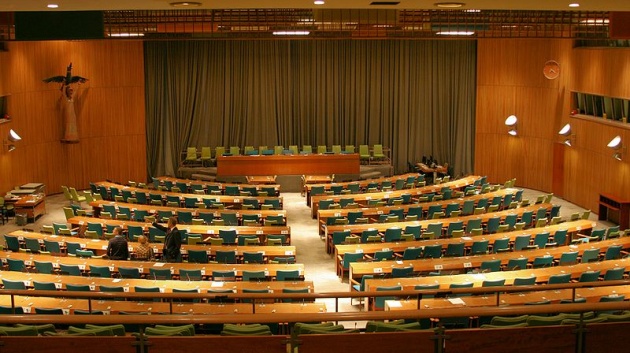 government after the second world war. It stopped functioning after it completed its duties.

Specialized Agencies of the United Nations

United Nations has established some specific agencies for the betterment and the progress of the member countries. Let us discuss some of them.

United Nations International Children Emergency Fund was organized by the General Assembly. The main aim of 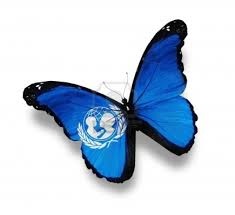 UNICEF is to provide all types of welfare to the children of the world, particularly Health and Education. UNICEF received the Nobel Peace Prize in 1995. 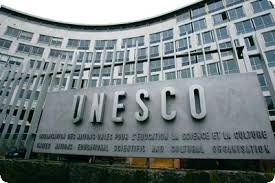 The main object of UNESCO is to help the countries of the world in obtaining modern education as well as preserving their cultural heritage. The headquarters of UNESCO are in Paris.

scarcity of food is becoming a major problem in the world. FAO helps the countries to increase their food, forests and other resources. The headquarters of FAO are in Rome.

World Health Organization was Organized by the Economic and Social Council. This organization provides medical help to the developing counties and suggests ways of preventing the spread of diseases. 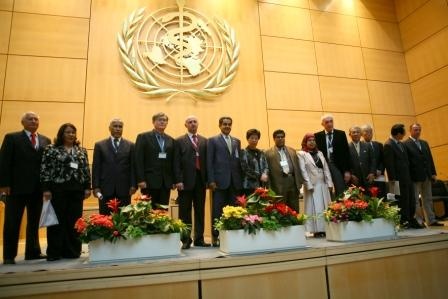 The headquarter of WHO is in Geneva. 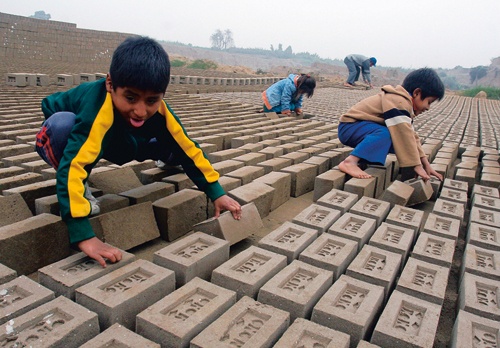 improving the living standard of labour community by providing higher wages, better working conditions, insurance against accidents ets. It headquarters are in Geneva. ILO received the Nobel Peace Prize in 1969.

This is the short name given to the International Bank for Reconstruction and Development. It was established in 1945. It provides loans on long term basis to the developing countries to enable them to meet their foreign exchange requirements. This gives rise to the economic growth of the less developed countries. 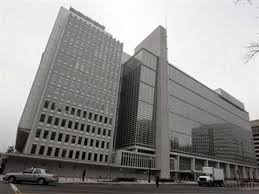 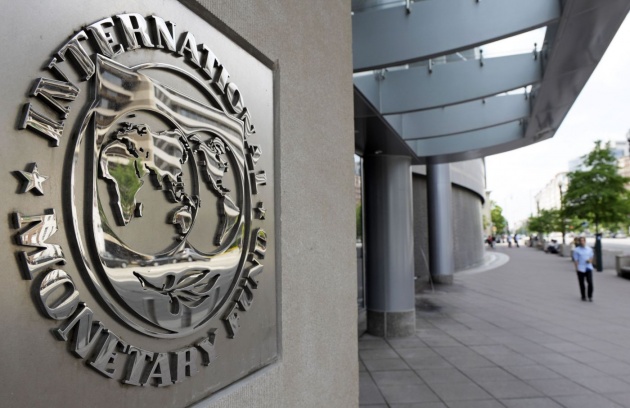