The value of after-credits scenes in movies

Do you know what my favorite scene in The Avengers is? Actually, you might not even have seen it. Does the Shawarma scene ring a bell? If not, get yourself a DVD of the film or head to YouTube (but not before you finish reading this!). The scene I am talking about is the one appearing at the complete end of the credits, and it is worth the wait! Those scenes are called stingers. They are usually funny scenes, sometimes even bloopers or behind the scenes, or teasers for a sequel or another related movie.

It all started with the “James Bond will return” tagline in the 1963 movie From Russia With Love. But the first real stinger scene was in The Muppet Movie, where it was used as a way to speak to and acknowledge the audience at the end of the film.

Some of my favorite stingers are in the “funny scene” category like the Shawarma scene at the end of The Avengers, and the photos display at the end of The Hangover. Many teasers are also revealed at the end of movies, starting with the recent Wolverine. In addition to the excitement of seeing a new film with the Marvel character, many fans were also expecting a scene connecting with the next X-Men installment. Most Marvel films include stingers like in The Avengers, Iron Man, Daredevil, X-Men that are used to connect the different stories to each other. The Pirates of The Caribbean trilogy and the Fast and Furious movies also used post-credits scenes to add further explanation and tight the film to its sequels. 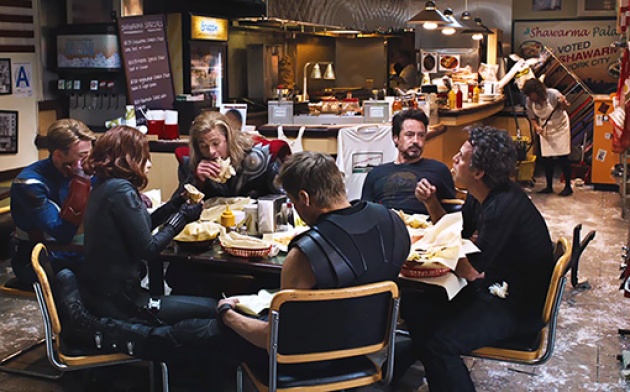 Stingers have promotion and marketing value. They helps build the fan database by offering the true fans “exclusive” additions to the film and make them feel more connected and engaged. They are more likely to tweet about the after-credits scene when they exit the movie theater than about the film itself, as they were actually waiting when everyone else was leaving, bringing a sense of exclusivity to their post. It helps build the Buzz around the movie, even before its release, by building expectation and anticipation about what the stinger is going to be about. 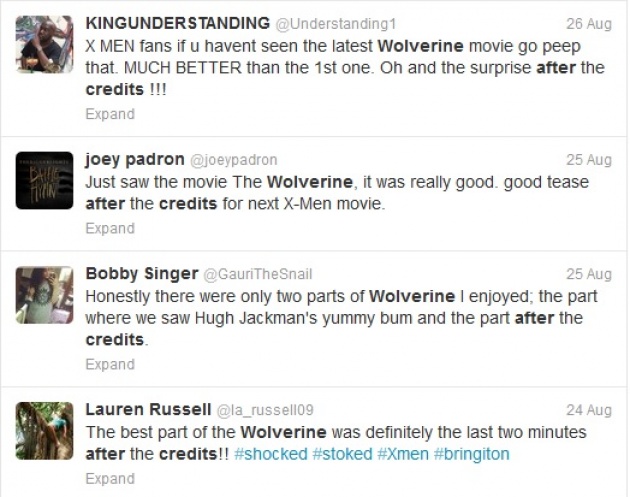 Some websites, and even apps, like AfterCredits and MediaStinger, exist only to list all the post-credits scenes ever created. So next time you want to know if it is worth waiting after the credits, check those!

Do you always wait in the theater to see if there is any additional scene? Do you just want to head to those websites right now to see if you haven’t missed any crucial scenes in your favorite movies?