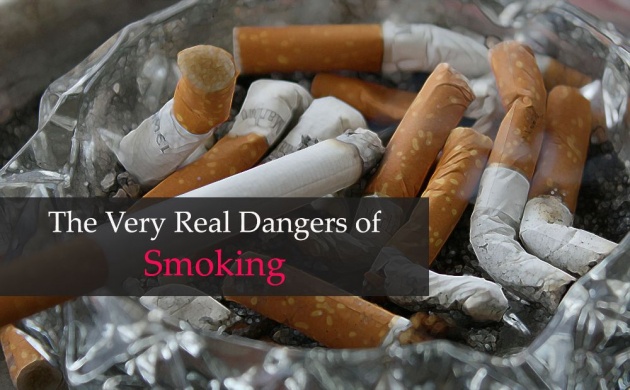 Cigarette smoking brings so much pleasure to many people but it is also one of the leading causes of premature death worldwide. No matter how you look at it, there is nothing good about smoking. All of its contents are bad for the health from the tar to the nicotine. 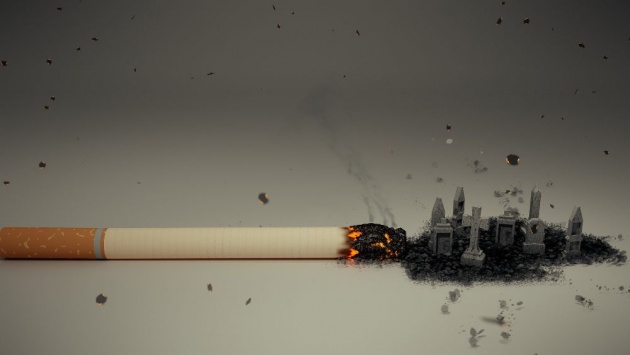 There is no safe chemical found in any tobacco product. So, it doesn't matter how much or less you smoke. Smoking is bad for the health. Period. People would often associate smoking with lung cancer. However, what most people don't know is that it is far deadlier than that. Aside from the lungs, smoking can damage the body as a whole. It can affect the central nervous system, respiratory system, reproduction system, cardiovascular system, and virtually every part of the body.

Here's a quick overview of its many adverse effects on the body.

It doesn't matter whether you replace your cigarette with a pipe, cigar, or hookah. The fact remains that there is no safe way to smoke. Cigarettes contain hundreds of harmful substances that become toxic and cancerous when burned and inhaled.

Now, let's go over the details how smoking can damage our bodies.

Cigarette smoke contains substances that can severely damage the lungs when inhaled which can lead to several serious health problems and increase infections over time. Additionally, smokers have a higher risk of contracting chronic nonreversible lung conditions such as lung cancer, COPD, chronic bronchitis, and emphysema.

Children with smoker parents often exhibit symptoms such as asthma attacks, coughing, and wheezing. They are also more prone to pneumonia and bronchitis than children with non-smoker parents.

When you quit smoking, temporary congestion and respiratory discomfort are common effects of tobacco withdrawal as your lungs and airways start to heal. Another good sign that your respiratory system is recovering is increased mucus production right after quitting smoking.

The cardiovascular system is no exception to the effects of cigarette smoking as the nicotine found in cigarettes can restrict the flow of blood by tightening the blood vessels. The ongoing narrowing of the blood vessels will eventually damage them, leading to the development of peripheral artery disease.

Aside from that, smoking is also known to increase blood clots, weaken the blood vessel walls, and even raise blood pressure. If you don't know yet, that means your risk factor for a stroke significantly increases. It can also worsen any heart disease you may already have, especially if you've had a heart attack, heart bypass surgery, or a stent placed in a blood vessel before.

Nicotine is a mood-altering drug that can reach your brain in mere seconds. It helps boost your energy for a while, but the effects won't last long. And as the effects wear off, you will feel more tired and start to crave more. This is the reason why smokers find it so hard to quit.

Many of the smokers I've known said they cannot quit because they feel so drained when they don't smoke. They also don't want to deal with the physical withdrawal symptoms from nicotine which can include anxiety, irritability, depression, and cognitive functioning impairment, as well as sleep problems and headaches. But, if you don't stop now then when? When you're dead?

If you think lung cancer is the only type of cancer you can get from smoking, think again. Smoking also increases your risk of mouth, larynx, throat, and esophagus cancer. But wait, there's more! Smokers also get to enjoy higher rates of developing pancreatic cancer. Even smokers who don't inhale the smoke while smoking doesn't get a free pass from cancer. They are also at a higher risk of mouth cancer.

Smokers are also more likely to develop insulin resistance which can lead to type 2 diabetes because smoking also has an effect on insulin. The complications of diabetes tend to develop at a faster rate on smokers than non-smokers.

Nicotine can also affect the sexuality of both men and women as it can affect the blood flow to the genital areas. For men, that means decreased sexual performance. While for women, it could cause decreased lubrication leading to sexual dissatisfaction and the inability to reach orgasm. Smoking can also lower sex hormone levels which can cause decreased sexual desire in both men and women. Not only that, it can also cause infertility in both genders.

Furthermore, under no circumstance should a pregnant woman ever smoke as it could negatively affect the fetus inside the womb.

Smoking does not just affect the internal organs. It also affects the largest external organ which is the skin as it can cause premature wrinkling. It also increases the risk of squamous cell carcinoma, better known as skin cancer.

The fingernails, toenails, and hair are also not exempt from the nefarious effects of smoking as it increases the likelihood of fungal nail infection, hair loss, and premature balding and graying of the hair.

Those are just some of the negative effects of smoking on our bodies. There are still probably gazillion more diseases it causes. But, hey, don't take it from me. Listen to the life story and struggles of a former chain smoker turned anti-smoking advocate, Terrie Hall. The video is a bit long but she has something to tell you and you should listen to her.

After watching the video, do you still want to continue gradually throw your health away? She is your future if you don't quit now. If you're not a smoker then don't even think of starting. Every time you feel the peer pressure to start smoking, think about Terrie Hall and ask yourself "Do I want to end up like her?"

❣  Effects of Smoking on the Body ❣ 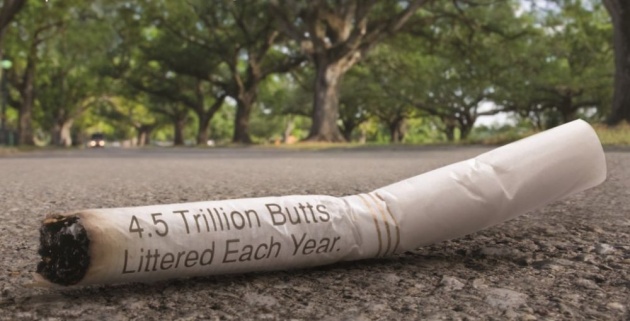 Cigarettes aren't just bad for our health, it is also bad for the environment. It is one of the leading causes of forest fires and deforestation, as well as land, water, and air pollution. And as if the manufacturing process of tobacco is not enough to destroy our ecosystem, cigarette butts are also one of the most littered trash in the world. Here are 6 of the most devastating effects of smoking on the environment 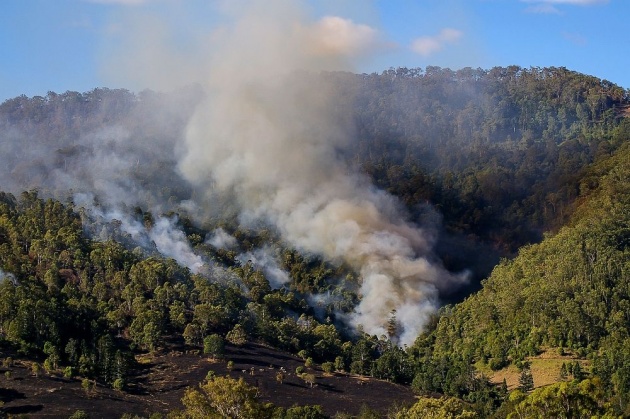 Thousands of people worldwide die each year because of forest fires started by cigarette lighters or cigarettes that have been carelessly discarded while still burning. It is also estimated that the losses in terms of property damage are approximately more than 27 billion US dollars.

Forest fires cause various damages to the environment such as habitat loss, biodiversity loss, deforestation, and air pollution, as well as the loss of human and wild animal lives. Take for example the forest fire started by a cigarette butt in China during the year 1987. It killed about 300 people, destroyed 1.3 hectares of land, and left 5,000 people homeless. 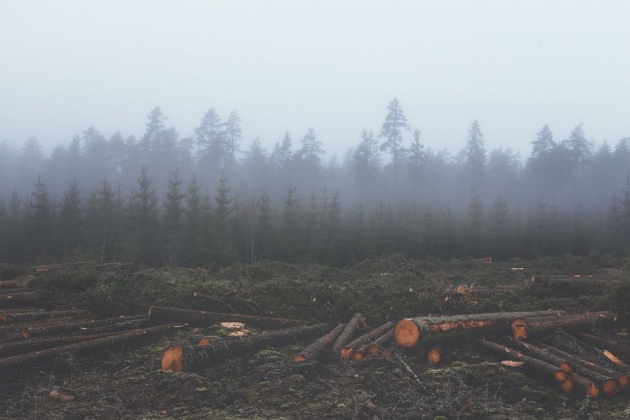 For every 300 cigarettes made, 1 tree had to die. Now, imagine how many cigarettes are made worldwide on a daily basis--that's how many trees had to die in order to cater to the vice of smokers. Furthermore, most countries who produce cigarettes burn a lot of wood in order to create fire for drying the tobacco leaves. Deforestation is a very serious matter because of the ripple effect it causes on the environment. Where there is deforestation, there is also biodiversity loss, soil erosion, and reduction of plants for foraging. It can also adversely affect the global temperatures. 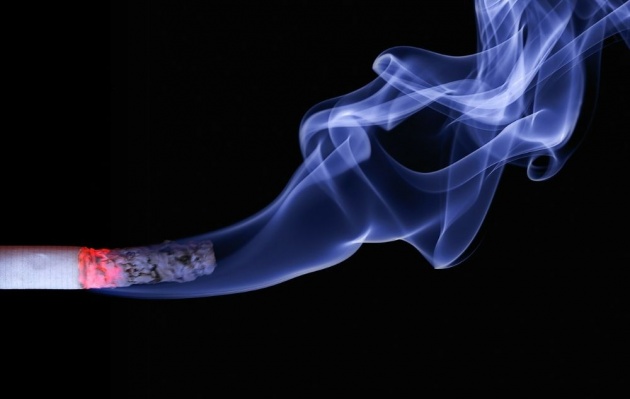 Air pollution is another big problem caused by cigarettes. The smoke produced by cigarettes contain methane, carbon dioxide, and other noxious chemicals that pollute the air. Carbon dioxide and methane are not exactly deadly to the smokers on their own but they do add to the general atmospheric pollution. Approximately 5.2 billion kilograms of methane and 2.6 billion kilograms of carbon dioxide are emitted into the atmosphere worldwide each year by smokers. So, you can just imagine how much smoking contributes to climate change.

Additionally, the industrial process of manufacturing cigarettes is also a main source of air pollution. The machines used in tobacco farms alone create and emit greenhouse gases from the fossil fuel combusted to produce energy. Special furnaces that burn woods are used for the curing process of tobacco which releases more noxious chemicals into the atmosphere. 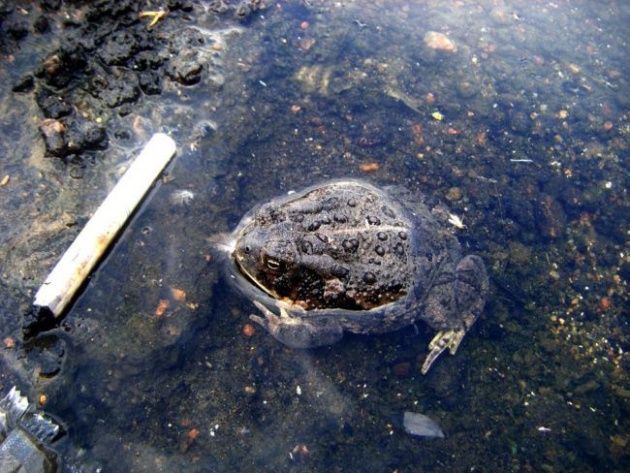 Waterway contamination is also a big problem caused by cigarette smoking. Most smokers would just carelessly throw away their cigarette butts anywhere where some may be washed away to international water systems like oceans during storms.

An International Coastal Cleanup program in 2008 was able to gather 3.2 million cigarette butts from beaches and waterways which was almost twice as much all of the other trash found. By contaminating the waterways, they can seriously harm aquatic animals and plants. They may also end up polluting groundwater.

With billions of smokers around the world who have no regard for the environment, cigarette butts are one of the most littered waste matter in the world. To make matters worse, most of the ingredients found in cigarette filters are non-biodegradable. The filter itself is made from photodegradable cellulose acetate that can be broken down by UV light but may still take up to 10 years to break down. The soil remains polluted as long as the filter is present in it.

Aside from that, the cultivation of tobacco requires large amounts of pesticides, fertilizers, and other chemicals to be sprayed on the soil. These chemicals can seriously pollute the soil and hamper its fertility, making it unsuitable for the growth of other plants

Smokers pollute the air with the second-hand smoke they produce and the careless way they throw away their cigarette butts. Nothing good ever comes from smoking. It destroys our health and the environment. It would be nice if these smokers would only kill themselves when they smoke--but, no! They just have to bring us down with them through second-hand smoke while killing Mother Nature in the process. I'll be talking more about second-hand smoke on my next blog. Stay tuned!

Still not convinced? Watch this video and quit smoking NOW.

Before you go. here's a Querlo chat survey for you. Please do take time to answer.