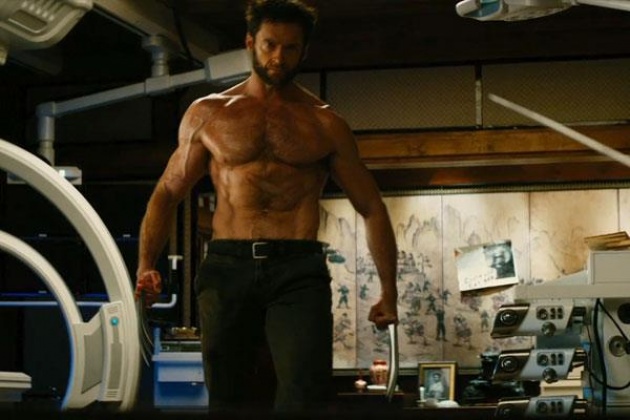 "The Wolverine" clawed its way to the top of the box-office heap but fell below expectations.  The Hugh Jackman superhero flick did much better overseas where it debuted higher than any previous "X-Men" movie.  In North America though, "The Wolverine" was $10 million behind expectations and could not match the $85.1 million opening of 2009's "X-Men Origins: Wolverine."  Overseas, "The Wolverine" debuted with $86.1 million for a worldwide total of $141.1 million.  According to THR, the film posted the strongest opening ever for an "X-Men" title.  That should be enough to cover the film's reported budget of $120 million. (Here's my movie review of "The Wolverine)

Still, "The Wolverine" debuted at No. 1 with $55 million beating previous weekend's box-office champ, "The Conjuring" which fell to No. 2 with $22.1 million.

At No. 3 was the Universal animated wonder "Despicable Me 2" with $16 million.  So far, the Minions sequel made more than $600 million worldwide in just four weeks!

At the specialty circuit, Woody Allen's fantastic new movie, "Blue Jasmine," had a stellar opening.  In just six theaters, the Cate Blanchett film debuted with $612,767 which pleased Paul Dergarabedian of Hollywood.com saying it's one of the biggest opening "per-theater averages for non-animated film."

Here's the estimated list of the Top 10 Box-Office champs for weekend of July 26: