Measurement of Vertical Angles: Usually a Vertical Angle is an angle which is subtended between the inclined LOS and the horizontal LOS, in the vertical plane. If the point sighted is situated above the horizontal axis of the Theod, it is called the Angle of Elevation and vice-versa for Angle of Depression.
Steps for measuring a Vertical Angle: (i) Set up the Theod and level it very accurately in all the levelling bubbles.
(ii) Set the zero of the vertical vernier exactly coinciding with the zero of the vertical scale (small side vernier scale). Check whether all the bubbles are still in centre (otherwise centre them). If they are in centre, then the line of collimation of the telescope is perfectly horizontal and both the verniers will read zero.
(iii) Loosen the vertical clamp screw, swing the telescope in vertical plane and bisect an object. Use the vertical tangent screw for accurate bisection.
(iv) Read both the verniers of vertical circle. The mean of the two vernier readings will give the vertical angle. Then the observations should be made with changed face i.e. opposite face. Average of the first one value with a certain face and second one value with opposite face will give the required true vertical angle.
Operations with Theodolite:
(i) Measurement of Bearing: Bearing of a line is measured with a Theod provided / fitted with a compass.
Steps for measuring the Bearing of a line: (i) Set up the Theod at a certain station (say) A and level it accurately so that the vernier should read zero.
(ii) Loosen the lower clamp and release the needle of compass. Rotate the compass till the needle roughly point to North. Tighten the lower clamp.
(iv) Loosen the upper clamp and point the telescope towards the other station (say) B. Bisect B accurately using the upper
(v) Change the face and repeat the steps (ii) to (iv). Average of the two readings with the two faces will give the correct bearing of the line AB. 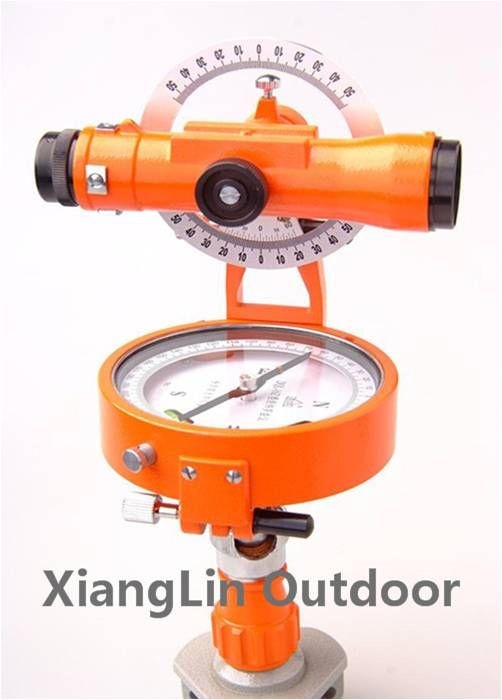 The Badshahi Masjid in Lahore was commissioned by the sixth mughal Emperor Aurangzeb. Constructed be…

Bitcoin worth Free fall Has Its Startups Suspending Operations

The cost of bitcoin kept on evaporating in the not so distant future, faltering downwards to new low…

THE VON NEUMANN 3rd Part. Third: devices which are to carry out long and complicatedsequences ofoper…

THEODOLITE SURVEYING Theodolite (Theod.):  It is a most precise instrument designed for the surve…