The structural appearances of plant cells and animal cells show great extents of similarities. This is because they are both eukaryotic cells. However, many functional differences make each of the cells distinct in different ways. Both contain mitochondria, Golgi apparatus, rough and smooth endoplasmic reticula, ribosomes, and the nucleus. Plant cells are larger than animal cells in size. While animal cells lack cell walls, chloroplasts, and vacuoles, these features exist in plant cells.

Animal cells depend on food for energy generation. Conversely, plant cells draw their energy from solar radiations. For plants to utilize the light energy from the sun, it must be converted into chemical energy through a process called photosynthesis. The presence of chloroplasts in the leaves of plants performs this function of converting light energy into chemical energy.  These are double-membrane-bound 5-micrometer structures that contain a substance known as chlorophyll. It is this substance that gives plant leaves their green color. It is stored in protein pigments that form the reaction sites for photosynthesis. The substance absorbs light from the sun. It then combines the light with carbon dioxide and water to produce sugars and oxygen. While the oxygen is released as a waste product of the process, the sugars are stored in the form of carbohydrate molecules. Animal cells do not need chloroplasts because animals consume food that is used to generate energy for their bodies.

The second difference between plant and animal cells is the presence of a cell wall in the former and its absence in the latter. Unlike animal cells, plant cells have rigid cell walls surrounding their cell membranes. Such walls are between 0.1 and 10 micrometers in thickness. They are mainly composed of lipid layers and sugars like cellulose. This system of complex sugars and fats performs protective, structural, and other functional roles in the plant cell. It gives the plant cell its rigid shape by controlling what goes in and out of the cell through a process called osmoregulation. It also protects the cell from attacks by pathogenic materials. Contrarily, animal cells do not have the cell wall. They only have a cell membrane.

Another major difference between plant and animal cells is in the presence and sizes of vacuoles in the two. Notably, all plant cells have vacuoles. These are fluid -filled organelles that contribute to the turgid structural nature of the plant cell. They are multifunctional and numerous within the cell. An ordinary plant cell can have up to eighty-five percent of its structure made up of vacuoles. The organelles contain various enzymes that assist in digestion and the degradation of unwanted substances. Additionally, they provide a site for storing salts, minerals, nutrients, proteins, and pigments. They also facilitate plant growth and development. Again, these features are absent in animal cells. Some of the functions they perform are irrelevant while others get taken up by other organelles.

In conclusion, many structural and functional similarities and differences exist between plant and animal cells. Because they are eukaryotic, their overall structure is similar with organelles bound within a sack-like structure. They both have mitochondria, Golgi apparatus, rough and smooth endoplasmic reticula, ribosomes, and the nucleus. However, some outstanding variations make the two cells different. The plant cell has a cell wall, chloroplasts, and vacuoles that do not exist in animal cells. 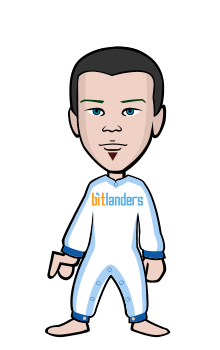 This is by far my favourite sketch. Do you get why I called it a power plant?…