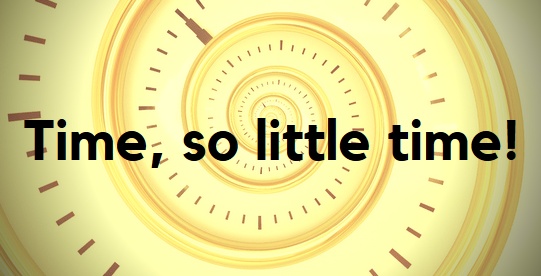 Image credits: 'Time Machine' by PeteLinforth from CC0, via Canva.com

Time is of the essence... but quite often, finding time to do everything we want is quite difficult. Since this is a conundrum I've had to deal with for ears, here are a few tips that have helped me to keep afloat.

People who don't really know me think I'm hard-working, which in a way is not inexact. The truth, though, is that I'm actually quite lazy. Still, I'm what you could call 'lazy-smart': because I want to have time to be idle without having to face consequences, I do my best to avoid procrastinating, and to do my chores, work and studying in time (or even in advance).

Unfortunately, the paradox for me is also that I work better under pressure (even though I hate that!), and so I've often ended in very uncomfortable situations, where in spite of my resolve never to do tomorrow what I could do today, it didn't work so well for me in the end. Therefore I bit the bullet and decided to actually make lists and write down things, like the good little nerd I am. Organisation is key, but it's easier said than done, and harder to do, I believe, if it only remains a vague objective in our heads, without any actual plan.

So I thought of ways to plan!

This is good if the task you have to do is a long-run one, such as studying for university exams. If you can fit in some preparatory reading during the summer holidays, for instance, or even just jotting down notes, or sketching the beginnings of an organisational chart, this is work you won't have to do later, and on which you can build, rather than starting from, well, nothing. 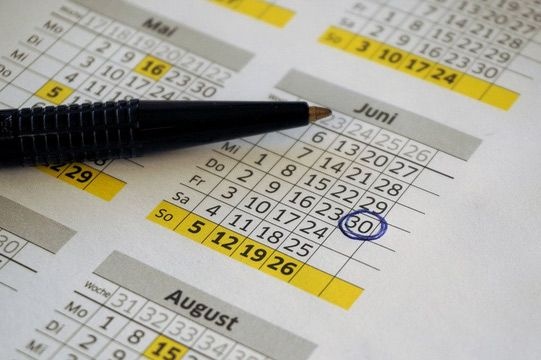 I'll be honest, this is something I didn't like doing, because it made me feel like I was putting everything in little boxes, that my whole life was just made of little boxes: 6-7 am: breakfast. 7-12: study time with a short break in the middle. 12-1 pm: lunch. 1-6 pm: office work. 6-7 pm: dinner, 7-8 pm: computer time. And so on. And that thing was stuck right above my screens near my desk, and on my phone, and so I could never escape it.

But the fact is, having an actual timetable under my eyes was a good reminder of what I had to do, and when. It didn't matter so much that I started studying at 7 or 7:10: the important part was that I couldn't delude myself into 'just checking Facebook one last time, I'll be a few minutes only', and then a whole hour (or more!) had actually elapsed.

It's compartmentalising, and it kind of sucks, but if this is what it takes..

Stop if you feel like you're doing something useless!

This piece of advice came from, among all people, a teacher, back when I was studying for a very competitive exam where our motto was 'if you don't go through one biro ever yweek, it means you're not studying enough'. However, it's true. There are plenty of little things that we do, or maybe are told to do, and that make us feel good and convinced we're working towards out objectives, when in fact they're another way of procrastinating.

This is what I call 'talking about the thing, instead of doing the thing.' Such as journalling my progress in my studies: it's useful for some people, but it doesn't bring me much in terms of committing what I've learnt to memory, and it takes time that I believe is well spent because, hey, it's something to do with my studies, right?

So if something feels like it's not very useful, and you could actively work/study/do your chores instead, maybe it's a sure sign you should just do that.

I like ticking boxes or crossing out lines when I'm done with something. Although it seems silly, it makes me feel like I've accomplished something, and I can see my progress (or lack thereof), thus making me rethink, if necessary, about my strategy to approach my To Do list.

If you feel this may work for you, definitely try it out. Seeing on paper the list of chores you had to do, disappearing one by one, is a good way of measuring what you've done and how much you still have to do.

Because we can't escape them...

Time savers I've tried include preparing a huge dose of food at the weekend when I have more time, freezing most of it in bags or Tupperware boxes, and microwaving those during the week, when I have little time in the evenings to take care of cooking actual dinner. So you eat the same stuff all week long, sure, but it beats having to worry about how long you'll have to spend on cooking, or pondering about what to cook. (Or maybe I'm just like dogs, and I don't mind eating the same things regularly? Hm...)

There are plenty of other little ways to help with busy schedules, I'm sure. If there's any additional tip you feel to share, please feel free to!

How To Manage Your Time

Here is a video on 15 Tips To Manage Your Time before I begin Video Credit: Alux.com via Youtube Ma…