Tomatoes part 4 (A blessing from ALLAH(GOD)) 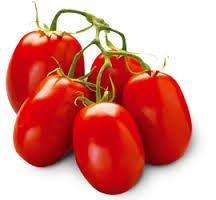 The French sometimes refer to the tomato as pomme d'amour, meaning "love apple," and in Italy, tomato is sometimes referred to as "pomodoro" or "golden apple," probably referring to tomato varieties that were yellow/orange/tangerine in color.

Regardless of its name, the tomato is a wonderfully popular and versatile food that comes in over a thousand different varieties that vary in shape, size, and color. There are small cherry tomatoes, bright yellow tomatoes, Italian pear-shaped tomatoes, and the green tomato, famous for its fried preparation in Southern American cuisine.

Only the fruits of this plant are eaten since the leaves often contain potentially problematic concentrations of certain alkaloids (see Individual Concerns section below). Tomatoes have fleshy internal segments filled with slippery seeds surrounded by a watery matrix. They can be red, pink, yellow, orange/tangerine, green, purple, brown, or black in color.

Beefsteak and beef master tomatoes are among the largest-sized varieties. Roma tomatoes are more of an intermediate size, while cherry and grape tomatoes are small and rounded. The term "heirloom tomatoes" has become somewhat confusing as it can have a variety of different meanings. In the most traditional sense, "heirloom" refers to seeds from tomato cultivars that get handed down over time from family to family. Obviously, seeds handed down in this way do not make it possible for tomato production on a very large commercial scale. Yet there are definitely "commercial heirloom" tomatoes in the marketplace (sometimes produced from cross-breeding and sometimes produced through open pollination.)

Although tomatoes are fruits in a botanical sense, they don't have the dessert quality sweetness of other fruits. Instead they have a subtle sweetness that is complemented by a slightly bitter and acidic taste. They are prepared and served like other vegetables, which is why they are often categorized as such, including in our A-Z List of the World's Healthiest Foods. Cooking tempers the acid and bitter qualities in tomatoes and brings out their warm, rich sweetness.

There are few food sensations that better mark the summer and early fall months than the sweet juiciness of a vine-ripened tomato. Although tomatoes are available year-round across the U.S., some of the most delicious tomato flavors come from fresh tomatoes that have been planted in late spring or early summer and ripen from July through September.

Check out the blog posts at my profile about ISLAM :)

Check out the blog posts at my profile about ISLAM :)…

How to Select and Store Choose tomatoes that have rich colors. Deep reds are a great choice, b…

History Although tomatoes are often closely associated with Italian cuisine, they are actually o…