Following a difficult start to his Old Trafford tenure, Van Gaal is chasing three consecutive wins after battling 2-1 home victories over West Ham United and Everton before the international break.

United's last defeat came at the hands of Leicester City on 21 September and Van Gaal, who boasts league titles in Spain, Germany and his native Netherlands, believes the English top flight is unique, such is the competitive edge provided by every fixture.

"You can lose in this sport," he told a pre-match press conference. "Only Chelsea didn't lose [so far this season].

"West Bromwich Albion are difficult to beat, also at home. They play not only long balls but can play a possession game so it's not easy to beat. There's no club in the Premier League that is easy to beat. That's the difference from other leagues I think."

The break for international fixtures was a timely one for a busy United treatment room and Van Gaal reports that only the defenders Jonny Evans and Paddy McNair and the wide men Antonio Valencia and Jesse Lingard are among his remaining injury absentees.

Captain Wayne Rooney will serve the second of a three-match suspension at The Hawthorns, while midfielder Ander Herrera may feature as he concludes his recovery from a broken rib by playing in a protective corset.

West Brom head coach Alan Irvine remains without winger Silvestre Varela (groin) but hopes for an otherwise clean bill of health, with captain Chris Brunt trying to recover from a groin complaint sustained while away with Northern Ireland.

"Chris Brunt was the only one who came back with a problem but we're hopeful,” Irvine said. “He came back early and fortunately that gave us time to work with him.

"He's flying at the moment," Irvine said. "He's feeling good about himself and in a great place. For England to go and win as comfortably as they did was credit to him and the team.

"He now has a chance to play in the finals and that will be good for him. If he keeps going the way he is he will gather momentum. Saido is going in the right direction for us and for England." 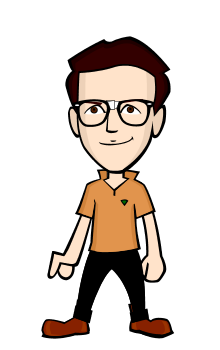