Top 10 Most Beautiful Flowers in The World

A flower, sometimes known as a bloom or blossom, is thereproductive structure found in flowering plants (plants of the division Magnoliophyta, also called angiosperms). The biological function of a flower is to effect reproduction, usually by providing a mechanism for the union of sperm with eggs. Flowers may facilitate outcrossing (fusion of sperm and eggs from different individuals in a population) or allow selfing (fusion of sperm and egg from the same flower). Some flowers produce diaspores without fertilization (parthenocarpy). Flowers contain sporangia and are the site wheregametophytes develop. Flowers give rise to fruit and seeds. Many flowers have evolved to be attractive to animals, so as to cause them to be vectors for the transfer of pollen.

In addition to facilitating the reproduction of flowering plants, flowers have long been admired and used by humans to beautify their environment, and also as objects of romance, ritual, religion, medicine and as a source of food. 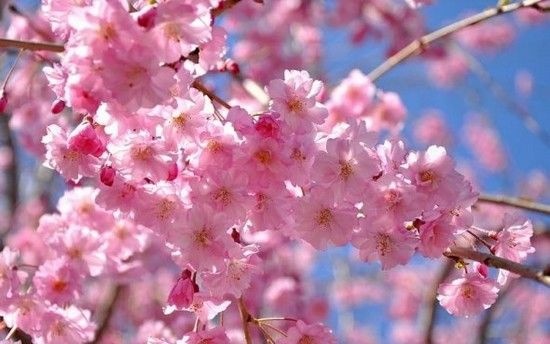 Nothing is more beautiful than the arrival of Spring in Japan when the cherry blossoms trees are in full bloom. The unofficial flowers of Japan, the spectacular display of blossoms that arrive in the spring are celebrated by festivals both in Japan and the U.S. The most popular colors are white and pink. They are beautiful while on the trees and remain a stunning sight even after carpeting the ground. 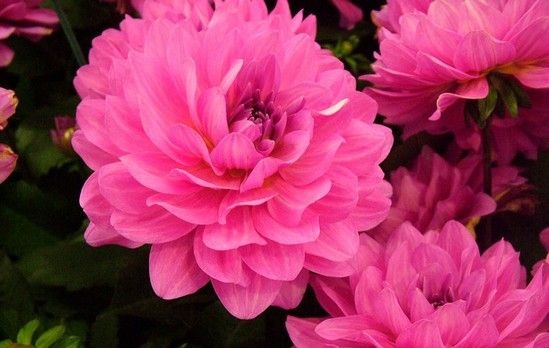 The dahlia is a genus native to Central America, Colombia and Mexico and they are characterized as bushy, tuberous and perennial plants. The plant was named after the botanist Anders Dahl. There are roughly 30 species and at least 20,000 cultivars. 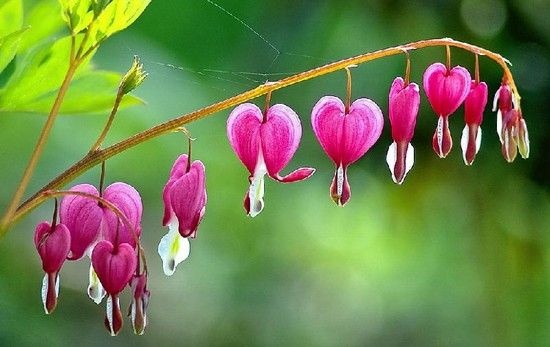 These whimsical, almost fairy-like blossoms are a traditional favorite in shady gardens. The flowers are either red, pink or white and appear in April-June. 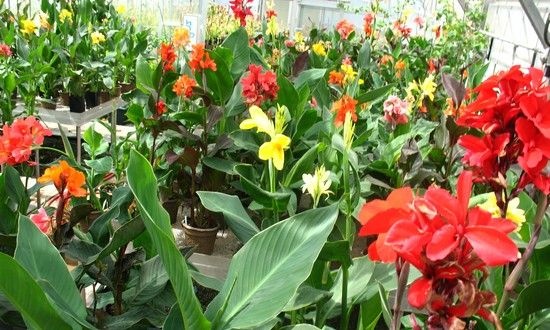 Canna (or canna lily, although not a true lily) is a genus of nineteen species of flowering plants. The closest living relations to cannas are the other plant families of the order Zingiberales, that is the Zingiberaceae (gingers), Musaceae (bananas), Marantaceae, Heliconiaceae, Strelitziaceae, 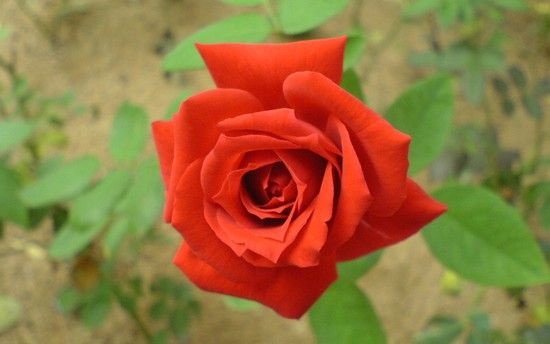 From the genus Rosa, Roses are one of the most romantic and wonderfully scented of flowers. The giving of roses is steeped in tradition and cultural meaning, from the yellow rose of friendship to the deep red rose of true love. The rose is a woody perennial shrub whose varieties’ stems are often thorned. Most species are found in Asia but it is generally well distributed all over the world. Roses are considered one of the most beautiful ornamental plants to decorate any garden. 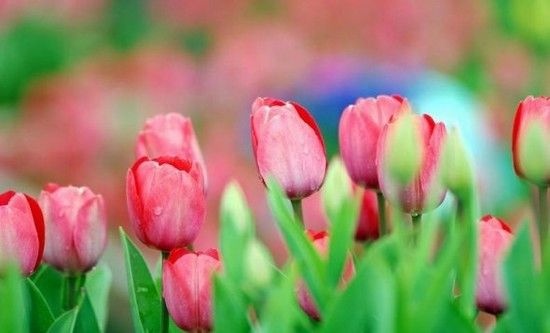 The tulip is one of the most cultivated flowers in the world as it is distributed from Southern Europe to Africa to Asia. Most of its hybrids are grown in pots and are a popular fresh-cut flowers. Although the Dutch are the usual suspects when it comes to breeding the species, the first commercial cultivation of the plant actually happened in Iran. 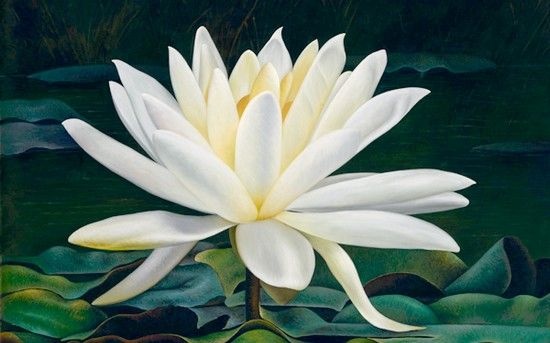 The white lotus is called the Egyptian white waterlily or the tiger lotus. The species comes from the Nymphaeaceae family and grows in various parts of Southerast Asia and East Africa. The blossoms float on water with the support of its lily pads. The white lotus is also a popural pond and aquarium plant.

Lily of the Valley 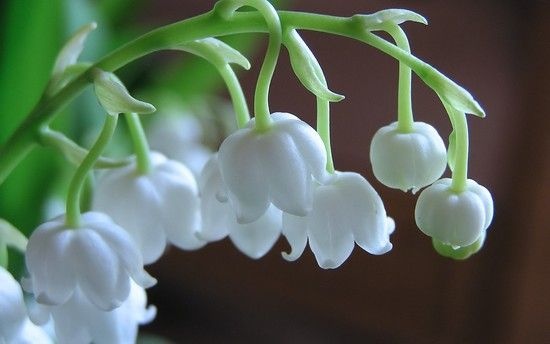 A delicate and fragrant sign of spring, the Lily of the Valley has inspired a number of legends. One such Christian legend explains that the tears that Mary shed at the cross turned to Lilies of the Valley, prompting the flower to sometimes be referred to as “Our Lady’s Tears.” Another legend tells of Lilies of the Valley springing from the blood of St. George during his battle with the dragon. 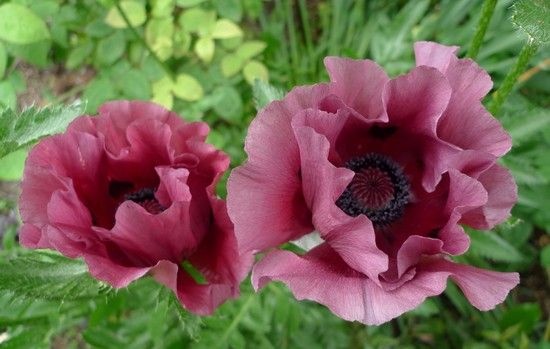 The oriental poppy is a perennial and contrary to what its name suggest is not a native to the Orient but to Turkey – in Caucasus. The plant thrives during droughts and summers because it totally sheds it foliage. The flower also comes in white, pink, red and mutlicolored 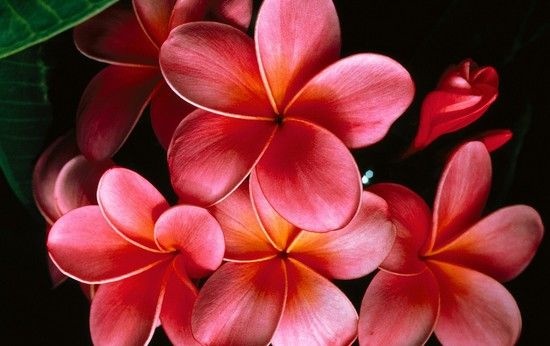 One of the sweetest flower you can ever smell. The scent are very light and sweet. You will likely to smell it again and again due to its unexplainable sweet scent. The flowers are very white with a little touch of yellow.

source: google.com is the American 3D animated Computer movie. This movie is written byPete Do…

image source: google.com This is my first blog about Cricket.Cricket is my favourite game.I am very …

In my last blog i was written about the life of William Shakespeare'sand his literary work. Now i am…