Top Interesting News You Must know….

Due to our busy life we often missed special news about which we should aware like, what the latest technology is offering recently and what facility in future will be offer to us to ease our life. So, I decided to write a blog which will cover some of famous and amazing news which you guys have probably missed.

Samsung stopped the production of Galaxy Note 7 due to Battery explosion:

Recently, Samsung has decided to stop the production of its brand new smart phone mobile series Galaxy Note 7. The reason for this initiative is the complaints regarding the exploding batteries of new Galaxy Note 7. This news put bad impact on not only Note series but also on overall Samsung brand. In response to exploding mobiles, Samsung has also issued a warning to its customers to “power down and stop using this mobile”

This news is now so famous worldwide that Samsung is now being used as jokes in one of funny video of famous game “Grand theft auto V”. Players are shown to have Samsung Galaxy Note 7 instead of grenades through which he is causing fire to cars in the game.

I will must say this is a big lol for Samsung ;P. As also social media is making fun of this exploding battery issue of Samsung. Some of the funny pictures from social media about this issue is below:

Due to these incidents Samsung has now decided to kill Note 7 and also stopped making more Note 7 smartphones. As said by the brand strategy spoke person [1]“If we will let the note 7 production to continue it will also be like a brand self-destruction”[1]

According to source it is also reported that on many check in places Samsung Note 7 in banned to get in through luggage due to safety concerns.

By calling back all Galaxy Note 7 phones, it is estimated that Samsung will bear the loss of one billion US dollars. Although, Samsung has not revealed its exact loss but overall is estimated that following amount will be the expected 5% revenue income loss from the overall expected sale revenue of Samsung mobiles in year 2016.

It was expected that Samsung Galaxy Note 7 will compete Apple iPhone 7 and iPhone 7 plus but due to battery catching fire incident Samsung is now also losing its market competitive position due to the loss of its one of the best competitor Note 7.

Image Source: Samsung from Google &  picture of iPhone 7 plus is from my own staff

Other than that, there is another great security feature of this new technology is that the lock cannot be opened by the picture of your eyes so, your eye can only open the password. It is said that this technology will be more accurate as compare to any other traditional methods of security locks like biometric and there is no chances of false rectifications in this system as camera records the image of your eye iris. Currently this technology is under experimental process soon this technology will be implemented and will replace the traditional ways of security measures. 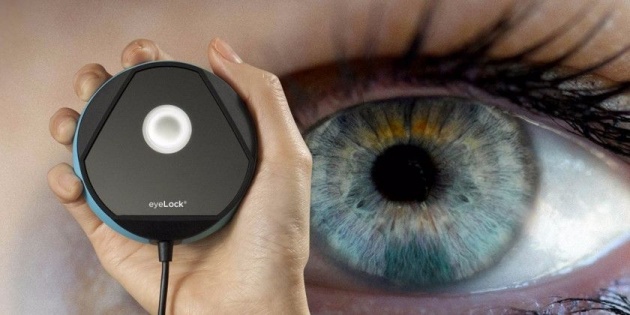 What you say about this technology? ;)

If you are interested to know more detail you can visit the link which is given below:

Tehran the capital of Iran is now a day’s getting world attention due to a unique construction by their engineers "The revolving apartments". These apartments could be moved up to 90 degree. The idea to make was to provide a luxurious and comfortable place which not only to save space but energy as well and to get the maximum benefit of sunlight. As in this era world is focusing on the less use of fossil fuels.

To tackle increase number of pollution problems most of the countries are trying to replace traditional ways of producing energy by introducing such alternative energy idea which will not only be a cheap but also quick like solar and wind energy but Tehran took one step ahead by introducing such apartments which can take benefit of sunlight as much as possible by introducing “revolving apartments”. In this apartments, rooms could be moved directly in front of sun light during day time to get light in summer and heat in winter. There is no more need to switch artificial lights on. Just switch on a button and your living, guest room or office will be moved towards sun and you don’t need to go out for light. 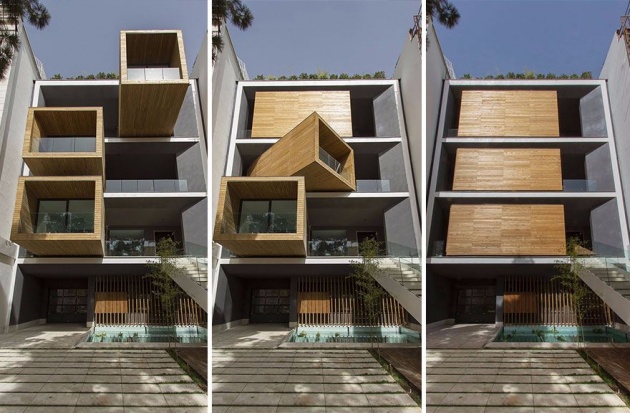 A woman feeds mosquitoes on her Arms:

According to the source the researcher Emily Jane Dennis feed the hungry mosquitoes through her arm. According to the source she feed the Aedes aegypti which is one of the dangerous kind of mosquitoes. They can cause yellow fever and dengue fever in wild but, it is said that lab mosquitoes are clean from disease as they don’t exist in the wild. Hence it is not dangerous for her to feed the mosquitoes. According to source she feed eight cages every three months which has estimated five hundred to one thousand mosquitoes. She also explain why she do this. According to her, “most of the people in lab use artificial means of feeding, some people also use rats for feeding mosquito but rather then rat I feel like feeding mosquito in the natural way”. She explain more about feeding the mosquito on her arm is that she don’t like mice to feed mosquitoes. 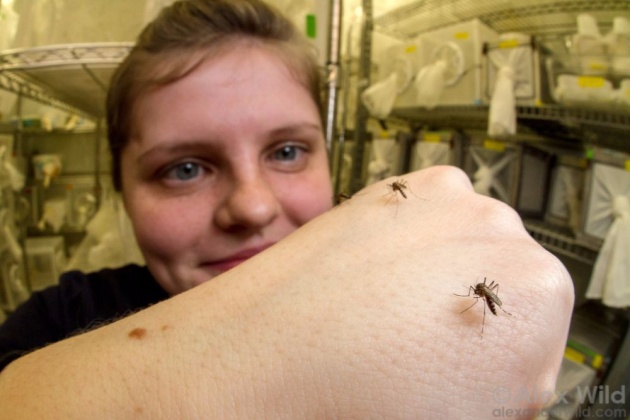 She also explained her feeding experience by saying “feeding one or two mosquitoes cause her itch on her arms which is not a preferable way of feeding mosquitoes for her so she choose to feed many mosquitoes on her arm at once this way she says that it not cause her the itch but it also cause her the inflammatory sensation on her arm for while after that she said that her arms goes back to normal again. 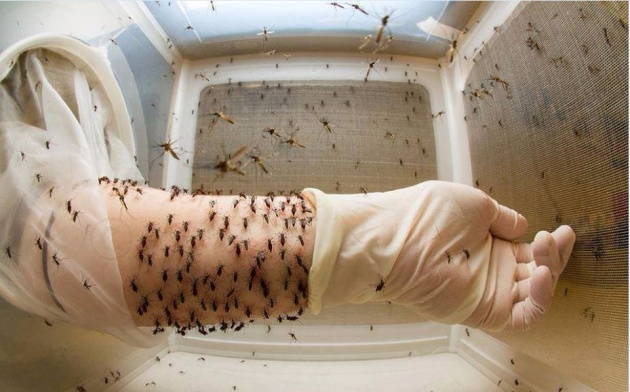 If I claim that a plant exists which can grows potatoes in its roots and tomatoes on its branches, what will you do friends? Of course, you will not believe. But you can see the picture which is a proof my sanity ;). [2]This plant is a hybrid plant which is being cultivated in England with the name of "veg plant in a pot"[2]. This Plant has many benefit in which one of benefit is that it provide two vegetable on one plant which not only save the water but also tackle with the problem of scarce field in urban areas. It is believed that tomato and potato are the vegetable which belongs to the same family which is the reason they are able to experiment such plant which can provide both vegetables on the same plant. According to the source, this plant is undergoing experiments due to which currently this plant need to have specific temperature requirements to bear fruits. According to the source they have tested the fruit of this plant and found that the tomatoes are same sweet as the regular tomatoes also they have found that the potatoes form this plants also have the same properties as the regular potatoes which we used in making daily food items like, mashing or making chips out of potatoes or whatever the method you use them to prepare the food.

The manager of the company who has introduced this plant has claimed about the cultivation of the plant by 100 percent natural way. 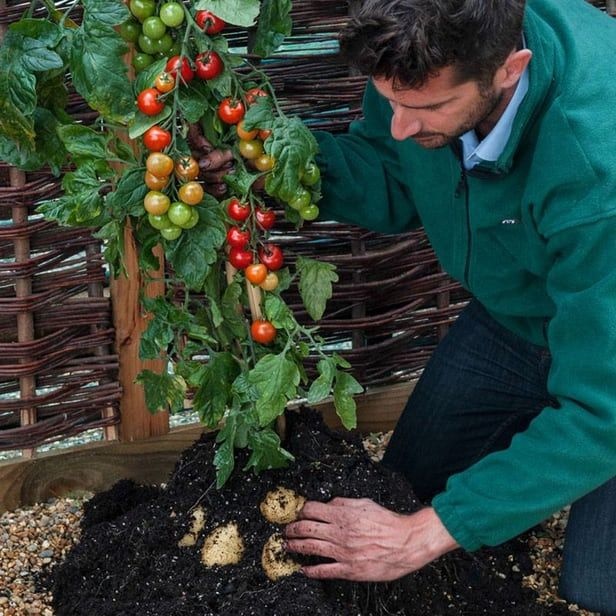 Ferrari GTO 250 Berlineta has become world’s most expensive auctioned old Ferrari car. It is said to be auctioned for 430 million which is equal lent to the price of small air line. This car is so unique in way that only thirty nine mode of the car were build by the company. So far and luckily all of these cars have survived the car is made in racing style model with only two seats. The main specialty of this car was endurance. 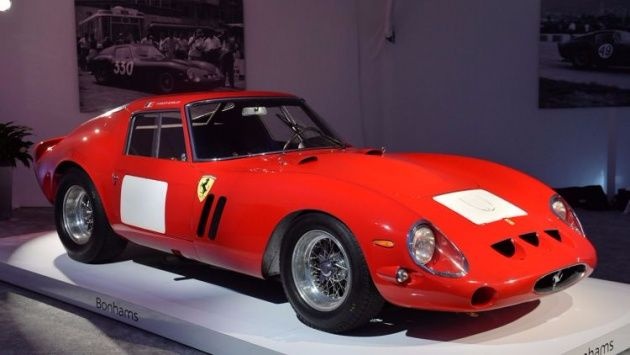 The era when this car was at peak was the era when it was use to be a motor sport Icon even though car is pretty old but still it is able to satisfy the modern standards of the cars. This car has 3 liter V12 engine which is capable of boosting its speed up to 200km/h. Its auction was done in California. The model of car is 1962. The Car is red in color. Some of the other colors in which the car was made are black, green, blue, silver and yellow. 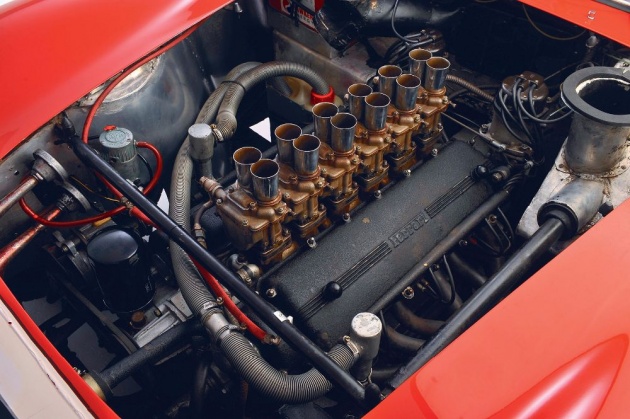 The car has a long history of owners who have used it and raced it. Later on, that ownership has been transferred to the people who have bought this car.

Thanks for sparing time in reading My 30th attempt for my virtual home "BitLanders".... Stay Connected for more articles.....  ツ