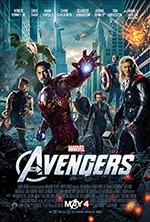 10.The Avengers (2012): Marvel successfully executed its plan to unite all its major superheroes in one movie after what they called "Phase One" which was individual movie for most of the characters first (Iron Man, Thor, Captain America) leading up to Joss Whedon's Avengers.

The movie is overall a good ride although it starts off as a bit boring at parts but the final act of the movie was epic and the chemistry between the characters was good. It was awesome to finally see The Avengers on the big screen. 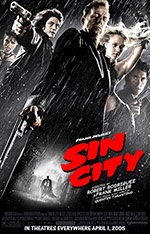 9.Sin City (2005): Robert Rodriguez and Frank Miller's violent, stylish, and thrilling adaptation of the Sin City comic books was visually stunning, it was as if you were watching the panels from the comic book come to life literally. The movie adapted three different stories from the comic books in amazing style add to that a great list of actors (Bruce Willis, Mickey Rourke) and you have got one hell of a movie. 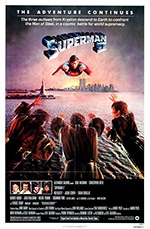 8.Superman II (1980): Now Superman hasn't had that much luck when it came to the big screen, even Zack Snyder's epic Man of Steel didn't live up to the iconic characters potential, but Superman II was a solid film for the iconic character, Christopher Reeve's portrayal of Clark Kent/Superman is unmatched to this day and the movie had some awesome action sequences. Now the quadrilogy of Superman has a lot of faults (Superman III is unwatchable and Superman IV was destroyed by the studio) But Superman II in my opinion is the best Superman movie to date 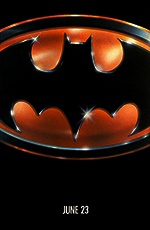 7.Batman (1989): Tim Burton's adaptation of the Dark Knight was dark indeed and it had an awesome comic book feel to it that is unmatched to this day in any other comic book movie I have seen. Michael Keaton was not a very good Bruce Wayne but when he put the mask on he was actually great as Batman, off course Jack Nicholson's Joker was amazing and a killer soundtrack from Danny Elfman and Prince. 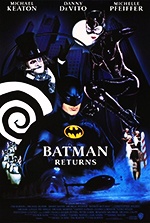 6.Batman Returns (1992): Even a darker film than its predecessor, Tim Burton does it again with this sequal and this time he introduces Catwoman (Michelle Pfeiffer did an amazing job) and The penguin (Played disturbingly by Danny Devito). The film is bolder and darker and also the characters are more developed making this as good as or maybe a little bit better than Batman. 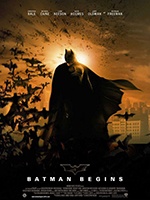 5.Batman Begins (2005): When I first heard that they were making a new Batman movie that will be directed by Christopher Nolan, I said to myself Chris who ?, but as soon as I saw the first teaser trailer of the film I knew that it would be something special and special it was indeed.

Chris Nolan interprets Batman in a realistic, grounded, and mature way that made everybody like the movie, even if you were not into comic book movies. He told the origin story of Batman for the first time on film and navigated through the story quite masterfully and off course Christian Bale gave an amazing performance as usual. This was the start of something big. 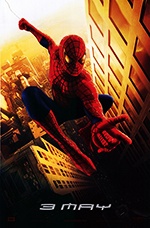 4.Spider-Man (2002): I think this is the movie that started the comic book to cinema era that we live in today. Sam Raimi did an amazing job capturing the comic book style and feel of the wall crawler with great storytelling, stunning visuals, and amazing action sequences. This was a game changer. 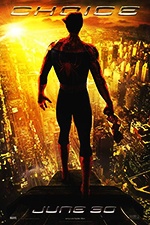 3.Spider-Man 2 (2004): Besting himself, Sam Raimi's second chapter of his Spider-Man trilogy was more of the same but even better, the movie had everything from thrilling action (who can forget the train scene?) to drama and the usual comedic line here and there. This is one of the best. 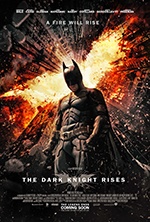 2.The Dark Knight Rises (2012): Maybe the most anticipated movie of all time after the impact that was made by its predecessor, Chris Nolan's epic Dark Knight trilogy comes to a fitting end in this edgy and thrilling action packed movie that only cements the fact that Chris Nolan's take on the Batman could be the best of all time. 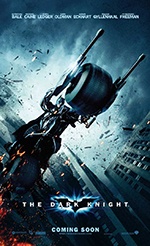 1.The Dark Knight (2008): This is it, this movie is as good as it gets, not only is this an amazing movie if you are a comic book fan, this is an amazing movie period. Amazing performances, masterful storytelling, great soundtrack, the list goes on and on, and off course the ultimate and last performance of the departed Heath Ledger as the Joker.

In my opinion I highly doubt that a better Batman movie will be made anytime soon if ever.

Mohamed Khalifa is an independent filmmaker from Egypt. He started working on movies in 2009 but it was in 2011 that he really stood out when he made the first horror movie in Egyptian history "Haunted Hearts" which got very good feedback. After that he made five movies all of…