Hello bitLanders! Today's blog is still about Christmas because why not? It's almost Christmas and I know we all love Christmas. I have been waiting actually for the Christmas costumes to be available on the shop but I guess that would take a few more days to be posted! 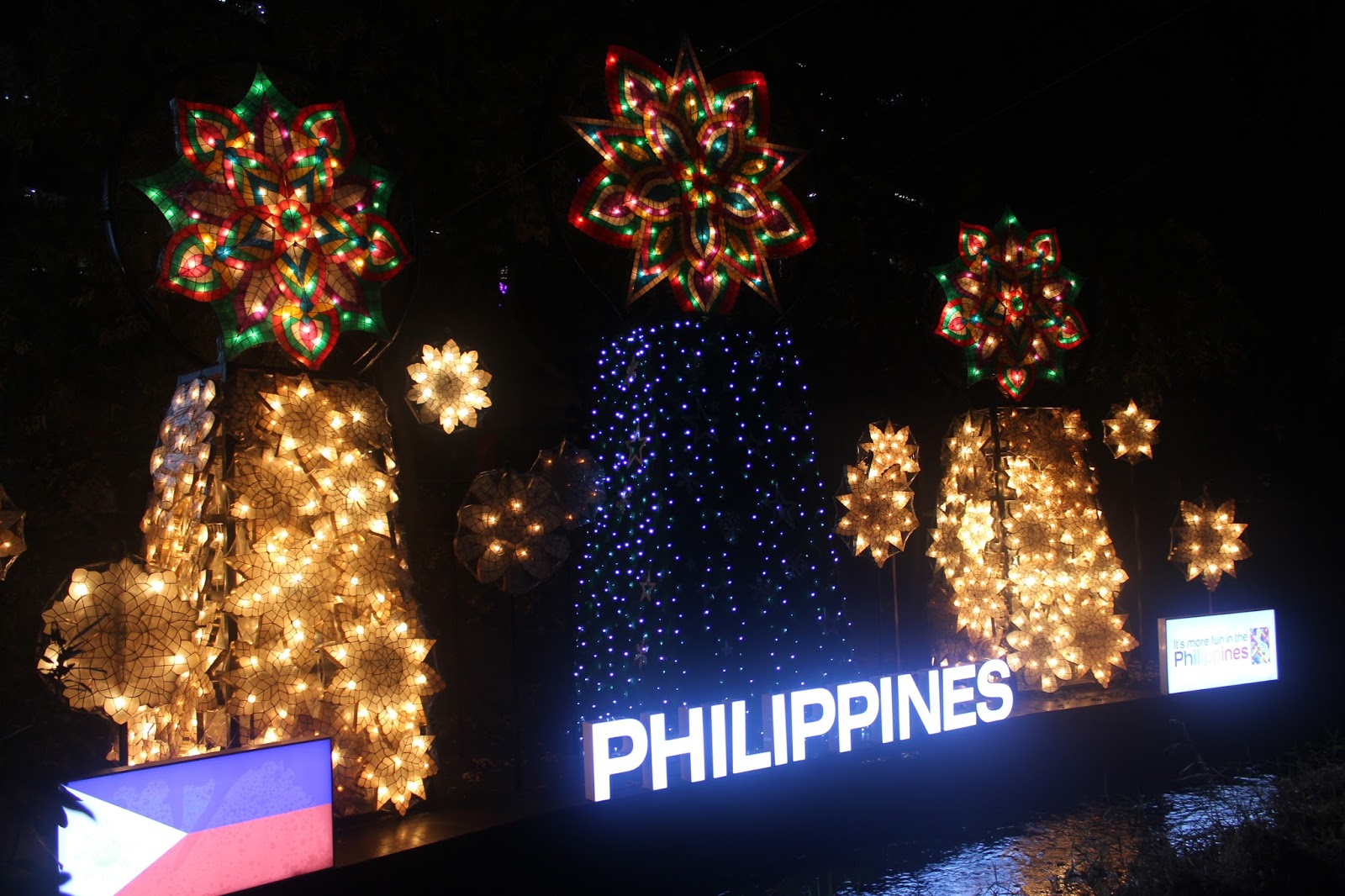 So, since we are almost experiencing Christmas again, I would like to remember how the traditional Filipino Christmas is celebrated. In this blog entry, I won't be giving bullets or points but instead, will be giving out a story type of blog.

The "ber" months came, if you are a Filipino, you know what it means when Septem-ber comes into picture. This also means we start preparing for the most wonderful time of the year.

It is evident that Christmas music starts playing in public areas, there are songs of carols blaring out, children start to go house to house, they go caroling at their neighborhood. There will be Christmas decorations in many malls, and even the houses. Malls will become busy with Christmas sales and people will go gaga over these sales! Of course because everyone has to get their gifts as well. Everyone has to buy their loved ones special presents for Christmas, as early as September, Filipinos have already listed the items they are going to give to the respective persons.

At home, our moms would start pulling out the boxes full of Christmas decors, she'll sort and check if they are still good and if not, she has to go to the mall to buy their replacements.

Some moms would also go extra mile with their decorations, they'll climb to walls and to different corners of the house so they could just put up her favorite holiday series of lights. Others who don't have any money to buy new decorations would make their DIY ones like those which are made out of recycled materials and then they will also make some which are made out of natural and eco-friendly items. There are lanterns which are really artistic and innovative.

As soon as the night comes, the Christmas lights will start blinking and glaring. Some would even have their music turned on. These lights will be lighting up the neighborhood too! Some would even go for huge light decorations, making their homes shine like huge parols!

Christmas trees and star lanterns won't go absent as well on these dates. Plus the numerous gathering by friends, colleagues and even strangers too for parties and special exchanging gifts happen any time these months, but this usually occurs in November and December.

As Christmas is getting closer, a certain date will be set for the entire family to go grocery shopping for the Christmas Eve Noche Buena.

The Philippines has been under the Spanish Empire for more than 300 years thus the Catholic and Christianity faith has been also influenced into the Filipinos. 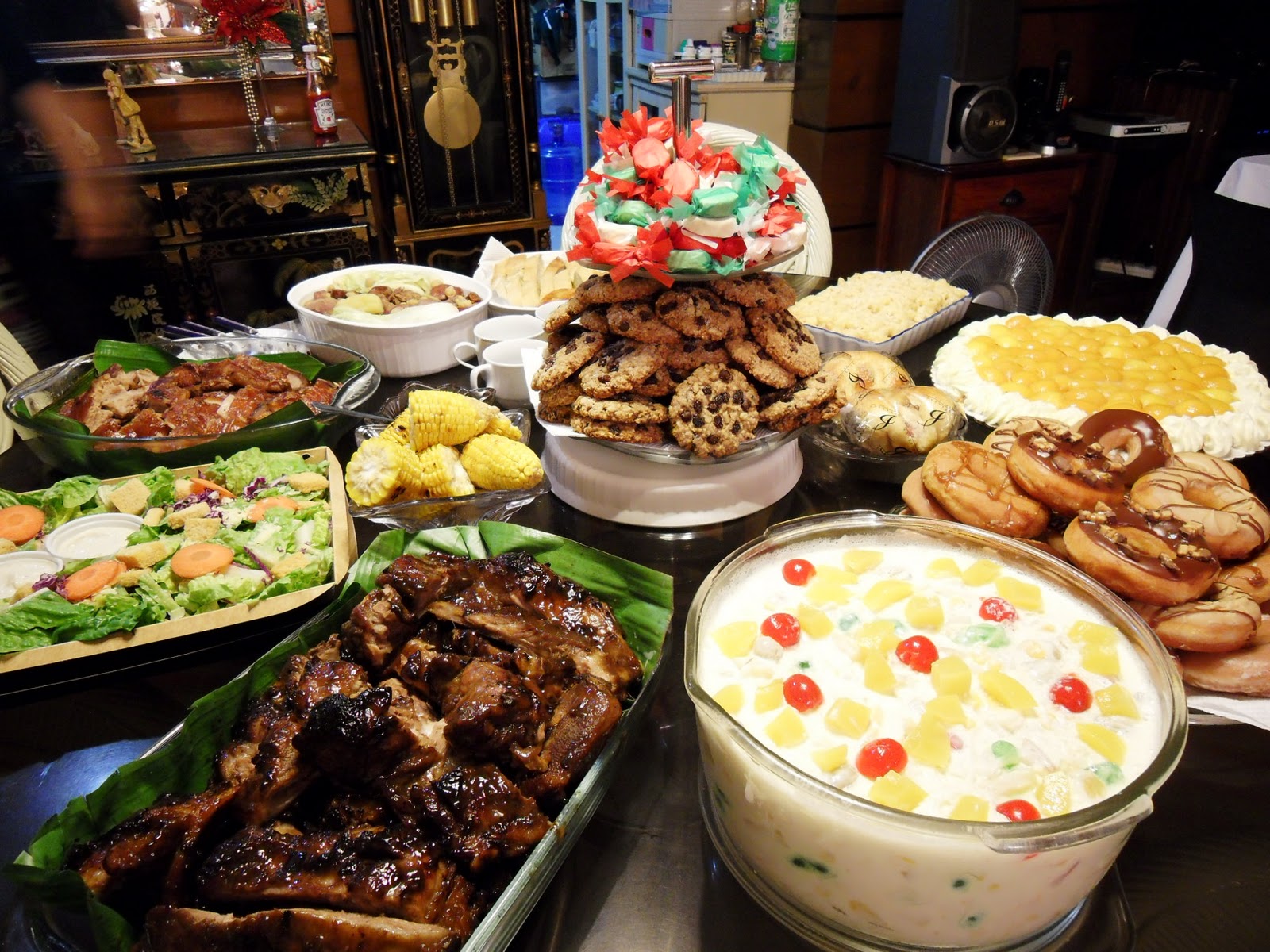 I would say that the Filipino Christmas is centered towards the dining table. Noche Buena is usually the main event because the entire family will get to eat their prepared food and exchange gifts as well.

But before we get to the Noche Buena part, let's rewind a bit and go back to the preparation time. Christmas is indeed extra special to the Filipinos, it is the time where we reminisce the birth of the Lord Jesus Christ.

It is also a great time to get in touch with distant families whom we don't usually see in person. There are gatherings and reunions because some who have been away would usually go back home to spend a day or two for Christmas.

A few days before the said date, our families would buy all the needed food ingredients, chicken, pork or beef will be available. Spices, vegetables and fruits will be served too! There are also salads and desserts of course!

On the 24th, it will be a regular holiday in the entire country. The houses will be filled with family members arriving. The kitchen will be busy with lots of smoke coming out of the chimney because they had been roasting that whole pig as lechon. There are also others who will cook traditional Filipino food such as Bibingka, puto, kutsinta and a lot more.

My favorite though will be the desserts. We got all the ingredients in can opened, we prepare the pasta, we mixed the milk and the other sweets into a container and start to get them into the fridge ready for the Noche Buena!

The females are most likely to be at the kitchen while the male would perhaps get the heavy lifting of cases of soda drinks. They'll also prepare the tables and the chairs because there won't gonna be sleeping at night after Noche Buena, everyone is expected to be up!

Aside from that, all of us are also looking forward to buying firecrackers and Bingala. Usually, firecrackers would be fired out during New Year but in the country, even Christmas Day, we still would fire them but the ladies would usually just play with Bingala.

After all the preparations and food cooking, when all the food and viands are at the table after dinner, we would have to sleep early so we can wake up for Noche Buena. Some won't even eat dinner so they can eat afterwards.

Before 12 midnight, everyone will be up, the table is now full of the food we had prepared. The wines and drinks are also present. Then we would wait for the clock to strike 12 and we would be greeting everyone Merry Christmas!

For our family, we normally start it with thanksgiving prayer for the whole year and then, the eating and merry making would start then, firecrackers had long been fired up and bingalas are glistening outside the house. There are lots of merry making, kids are allowed to stay awake, they'll get their gifts under the Christmas trees and would start playing with them.

In the morning, godchildren would start knocking on the doors of their godparents who had already prepared their gifts too! They are all welcome to dine in each god parent's house before they'd get their gifts.

And then the entire family won't be doing anything the entire day but just eat, talk, sing if there are karaoke machines available and just think of nothing but food! That's how we normally celebrate Christmas here in the country, at least in the neighborhood where I grew up and in my personal family as well.

How about you? How do you spend your Christmas?

Our First Christmas in Our Own Home

In my last post, I asked you "How Do you Celebrate Christmas in Your Country?. Then I described how …