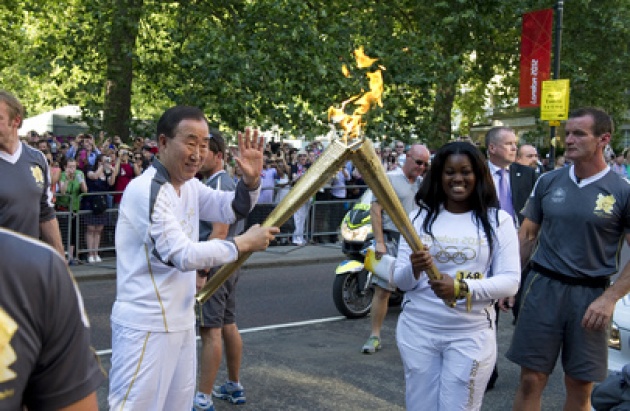 The opportunity for even greater symbiotic relationship between the Olympic movement and the United Nations - As they came to conclusion, the UN noted even greater potential of both the regular London Olympics and the London Paralympics: “Since they had been awarded the 2012 Games, the London organizers had repeatedly set out their ambition to host Games for everyone,” the UN Secretary-General’s Special Adviser on Sport for Development and Peace, Wilfried Lemke, said in a news release. According to UN News Centre: Various UN agencies took part in this year’s Games, which ended yesterday. The Office of the UN High Commissioner for Refugees for example, collected sports clothing that was sent to designated refugee camps around the world, and the Joint UN Programme on HIV/AIDS held an advocacy event as part of the Africa Utopia Festival. However, the vision of the symbiotic relationship went beyond the immediate aid collected but to the broader mission shared between the United Nations and the Olympics movement. 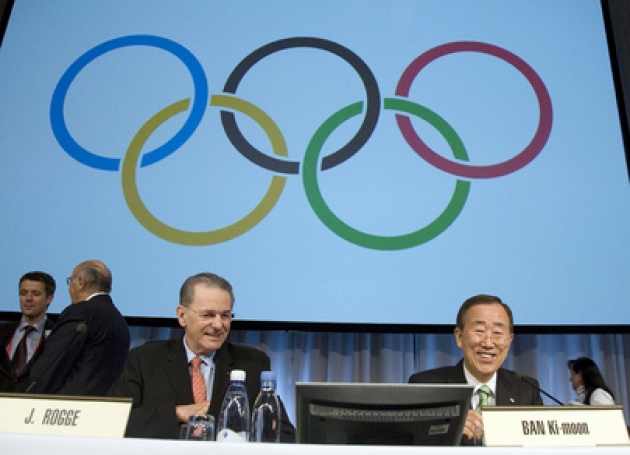 Parleying Paralympics to Advance Rights/Opportunities for Persons with Disabilities:

UNSG Ban Ki-moon and Mr. Lemke also endeavored to intensify the collaboration between the Paralympic Movement and the UN, in order to continue to advance the rights of persons with disabilities, their inclusion in society and their well-being and empowerment, particularly through the UN Convention on the Rights of Persons with Disabilities. The Convention is the first legally binding international instrument to address the rights of persons with disabilities, including their participation in sport. The Convention and its Optional Protocol were adopted in December 2006, and entered into force in May 2008. Since then, it has been signed by 153 countries and ratified by 119 of them. See our Blog: “Paralympics: Less Nationalism = Less TV Coverage” 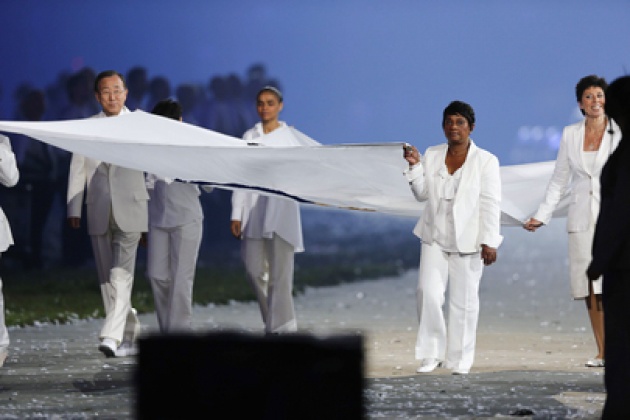 Olympics as Tool for Peace:

Setting aside the flowery rhetoric from politicians/diplomats during ceremony, there has been little success in securing the “Olympic Truce," a tradition from the ancient games but one not observed by modern leaders during serial wars and internal conflicts. According to UN News Centre: “The Truce is based on the ancient Greek tradition whereby athletes, artists, their relatives and pilgrims could travel safely to the Olympic Games and afterwards return home safely. The modern-day version of the Truce has been promoted annually through a General Assembly resolution since 1993, and it was extended to the Paralympic Games for disabled athletes in 2006. The resolution calls on Member States “to cooperate with the International Olympic Committee and the International Paralympic Committee in their efforts to use sport as a tool to promote peace, dialogue and reconciliation in areas of conflict during and beyond the Olympic and Paralympic Games period.” The resolution for this year’s Games was the first time that all 193 UN Member States co-sponsored it and passed it unanimously. However, it was violated by the continued fighting in numerous ongoing armed conflicts around the world. Also Read our Blog for Film: “From Sarajevo to London Olympics” UNSG Ban and Mr. Lemke agreed to encourage Member States to address the issue during the upcoming meeting of the General Assembly on Sport for Development and Peace, which will be held next month in New York.