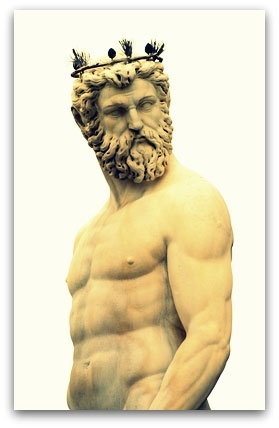 For a long time, Afghan families only worried about their sons turning 18 because the government would send them to war on the borders and they would never return. It was like raising and gardening flowers to be nominated for cutting after 18 years. Meanwhile most girls turned 18 in the homes of their new husbands. While in other countries an 18-year-old celebrates her independence and the start of fulfilling her dreams, in Afghanistan girls are piled high with so many responsibilities the expectations are more than a girl can fulfill.
Maryam grew up with dreams. At 15, she was a top student in ninth grade. But her aunt wanted Maryam’s father to give the girl to her son to marry. When Maryam heard this, she went to her father to talk about her life’s plans. She dreamed of becoming educated, strong and independent. “My father promised me that he will protect me and won’t give me to any without my permission,” she told me.
Her aunt could see in her eyes that no one could stop her from dreaming, and Maryam relied on her father’s promise that she could stay in school. But in tenth grade, she came home from school one day and her father had agreed to an exchange in which her brother would get a new bride and Maryam would become a second wife to an older man.
Maryam knew the only way she could prevent that marriage was to find someone to protect her. She knew a boy in her village and she went to him. He said he loved her, though he was married already. Her family wanted to kill her and her friends were ashamed of her.
She was arrested and sent to jail for “moral crimes” and escaping from home. She was no longer allowed to go to school.
Many girls are in Afghan jails today for escaping from home and other “moral crimes.” Because Maryam was not legal age, she was sent to a juvenile rehabilitation center. At 18 a girl like her would be sentenced to five to seven years of prison time.
I had been going regularly to Juvenile Rehabilitation Center to meet the girls, and when I met this beautiful girl for the first time I smiled at her but she looked down. My smile was a kindness that she could not reciprocate. Day by day she got used to me and when she heard I was coming, she would run to the door to hug me.
Maryam was ashamed of herself. She regretted her dreams and cursed her loneliness. I don’t know why judges don’t ask fathers and brothers why they force their girls to accept these things that burden the souls of these women for the rest of their lives.
She shared her problems with me. The food was poor and she was getting skin problems with no sunlight. The water was not clean and the staff misbehaved with her. I told her I would try to help her.
Then in early April I visited the prison for women. I was surprised to see Maryam there, sitting on the couch. She was crying. The female inmates were all looking at her and laughing, thinking what fun she would be for them to bully. She grabbed my legs and started weeping, like I did with my mother’s legs when I was five and got hurt playing. My mom would hold me up and say, “Jan Jan, my daughter got hurt.”
But this differed greatly, because April 2 was her birthday and she had just turned 18. I had to say, “Maryam, stop crying because these criminal bitches will take advantage of today’s tears if they find that you are afraid of them.”
She stopped crying and looked at me and swallowed her pain once again inside her. I really wished I could see her in the Ms. World competition, representing Afghanistan on TV. I wished I could see her voting in her country’s presidential elections, which were held April 5, just two days after her birthday.
I wished I could see happiness for her in turning 18, the way it is for girls all over the globe when the day comes for them to chase the dreams they imagined before then. But my beautiful girl would not see that.
I cannot remain silent about this. I am tired of being judged for my failings as I silently observe the cruel system led by the classless power-holders of our families and country. I plan to prepare myself for the strongest upheaval in our women’s history. I want the new president of my nation to know that as Afghan girls we know a lot. We know what is right and wrong, what is moral and what is immoral.
Maryam and I are not fools or wasted women. The new president of my country can stop this cruel treatment of women.
He will be the boss and the leader of all these Afghan fathers and men who are dominating and abusing and enslaving women.
On April 5 when I voted for president, I wanted to bellow at him boldly “I am tired of this phobia of turning 18 in my land. I want the freedom I was born with.”

Blog: Take a note for English Grammar (for kids)

Here is my latest English Gramma. Take a look with your kids. 'Comparison of Adjective' http://math…

Idioms or Idiomatic Expressions What are Idioms?Idioms are expressions peculiar to a language and i…