Here I would tell you where one can watch Pakistan vs Sri Lanka TV Channels Providing Live Streaming in Pakistan, UAE, UK and USA. Pakistan Team has reached UAE after playing a crucial series against South Africa. Before this, Pakistan already played a T20 and ODI series at UAE in which Pakistan have to face defeat. Pakistan However take their revenge and beat South Africa in their home town in ODI series whereas leveled the T20 series by 1-1.  Now, Pakistan would take on Sri Lanka Team in all formats of Cricket in UAE. 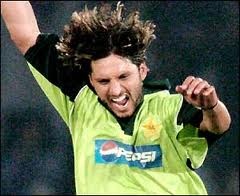 Pakistan have introduced new faces to their squads recently. Sohaib Maqsood and Shan Masood are playing well whereas in bowling department Bilal Bhatti and Anwar Ali have changed the selectors mind to have new blood in the Team. Pakistan would play Two T20 Matches in the 1st instance starting from Dec 11, 2013. After the T20 Series both teams would face in five Match ODI series and in the last 2 test matches would also be played. Pakistan have vital chances of winning these series as Pakistan would have home advantage. UAE is called 2nd home for Pakistan as a large community belonging to Pakistan live in Sharjah and Dubai engaging in Jobs.

Following are the TV Channels that would give Live Streaming of the Pakistan vs Sri Lanka Series 2013.

GEO Sports - In Pakistan only

I am a Student and in the last semester of the Chartered Accountancy. I have interest in Blogging and also have worked on different websites as an author.