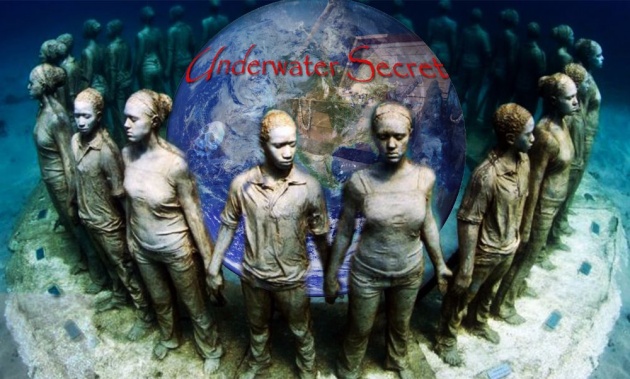 Do you know that our lakes, seas and oceans are full of secrets? Yeah it is explored by researchers and underwater archaeologists but many of these secrets are still unexplored. According to researchers, they have discovered only three to five percent of the ocean floor, where there is huge area of ocean territory still left to discover. So we can say that in future more discoveries will yet to come.

These marvelous underwater remains of ancient civilizations remind us that how thousands of years ago these were sent into the water through disasters like tsunamis, earthquakes etc and how nature can end our existence.

So here in my blog I am going to tell you about remarkable ancient underwater discoveries around the world. This time you will come to know that in deep beneath the water of oceans, seas and lakes around the world, there are wonderful ruins of lost ancient civilizations. 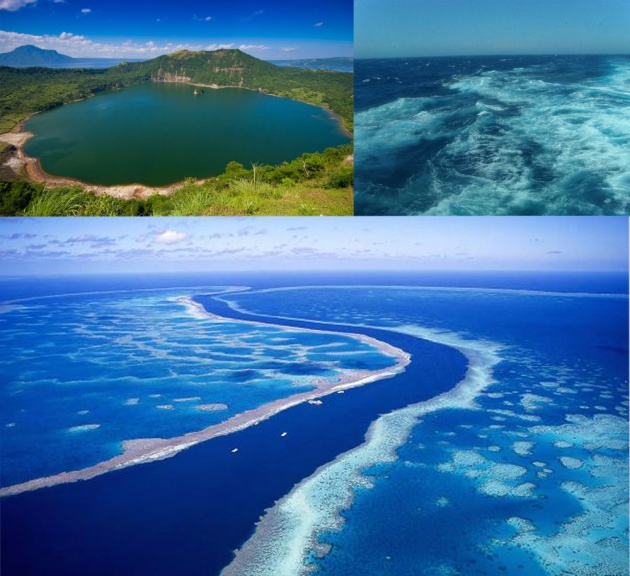 Off the shores of the Yonaguni Island is located in Japan which is considered one of the most mysterious island and discovered underwater secret world which is called “Yonaguni Monument”. The discovery of Yonaguni Monument also remains controversial because according to some researchers and archaeologists, it is still a confusion that is this a man made Monument or geological phenomena of nature?

In 1986, very first time Yonaguni Monument was discovered by a local diver named Kihachiro Aratake (scuba diver instructor). Kihachiro Aratake found very strange structures like ramps, terraces and human face carved rock which was lying under the deep water about sixty feet. But according to some researchers these are man made structure as around 1000 years BC when these structures were built might be on that time the level of sea was above. But according to some other researchers these structures are 2000 to 3000 years back and these are sink by an earthquake. Under the deep water of this island there is different pyramids also discovered. Largest pyramid among one of them was found about nine feet high and six hundred feet wide. According to one researcher named Kimura, Yonaguni Monument may be remains due to the loss of continent of Mu. 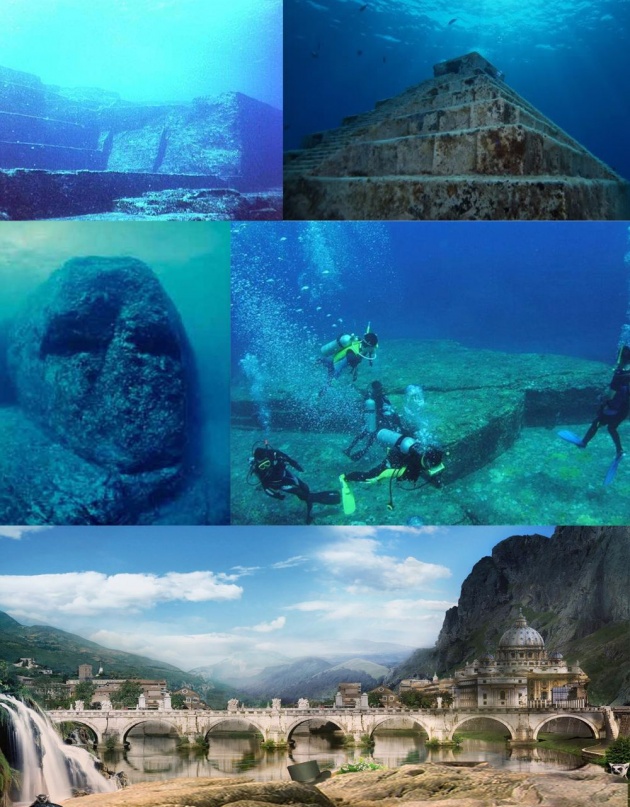 1400 years ago, the great city named Alexandria of Egypt, due to intense earthquake or a terrible tsunami which hit the coast of this great city. It is believed these disasters became the reason of sank the palace of Queen Cleopatra and old lighthouse of Alexandria in island of Antirhodos. Under a team of an archaeologist named Franck Goddio (belong to France) during the excavation into the sea, they discovered not only Cleopatra’s palace different parts but also statues. They also found more than one hundred forty artifacts of palace. According to researchers, there is also possibility a museum under the water at that site. According to researchers it is believed that Mac Anthony and Cleopatra committed suicide, they avoid capture by the Romans and in turn Romans destroyed their belongings.

Nine thousand five hundred years old city were discovered few years back in the Bay of Cambay, India. Archaeologists found under the deep water the vast remains of sculpture, sections of walls, pottery, beads, human remains like teeth and bones and architecture which were intact. It is believed that these oldest remains of the subcontinent almost five thousand years back.

Historians also worked for understanding the history about their civilization in the region. Finally, they come to know that the old city is called Dwarka (Golden City) and they also found remainings belong to Hindu’s god named Krishna. This site was by chance discovered, during a survey about pollution by “Indian National Institute of Ocean Technology”. 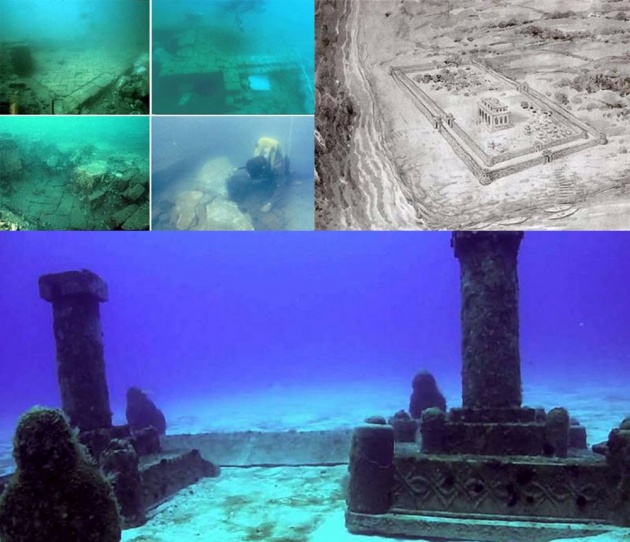 Bimini Road also called the Bimini Wall. This road is located near the North Bimini Island, in the Bahamas. This road finds under the deep water and consists of vast semi rectangular and rectangular blocks and its shape like English letter “J”. According to the most of scholars, it is a natural rock formation but some of them believe that accurate scale in its manufacturing cannot say that it work of nature. According to the researchers if the Bimini Road is human made, then may be the level of water would be above when this road was built thousands years back. According to some of archaeologists it might be ruins of temple or harbor but most of them thought a potential site of the Atlantis.

Pavlopetri is of an ancient city of Greece, and here archaeologists discovered a submerged town. They found courtyards, tombs, graves, various buildings and streets and it is believed this town was two millennia ago. In 2009, archaeologists discovered the site sprawled more than thirty thousand square meters. Around 1000 BC, this town was submerged by an intense earthquake. This site also remained in danger by thieves and also damaged by ship anchors, tourists and thieves. UNESCO also defined Pavlopetri is part of the underwater cultural heritage. Submarine scientists are also working with the Australian Center for Field Robotics’ team and allowed the team to used their underwater robotics for getting more secrets about this place and produce spectacular results. According to the researchers this city was built around five thousand years back and it was the golden era of ancient Greece.

Off the shores of Atlit, Israel one of the largest and oldest village was discovered, which was seven thousand years dates back. Here archaeologists discovered human dwellings under the water. According to researchers island preserved its floor so well e.g skeletons are still lying in their graves and bugs are also find in the stores of grain. Very first time the remains was discovered in 1984, and they found how this village was well developed. Researchers thought might be this village submerged by melting of the glaciers or rise of tsunami in the ocean. 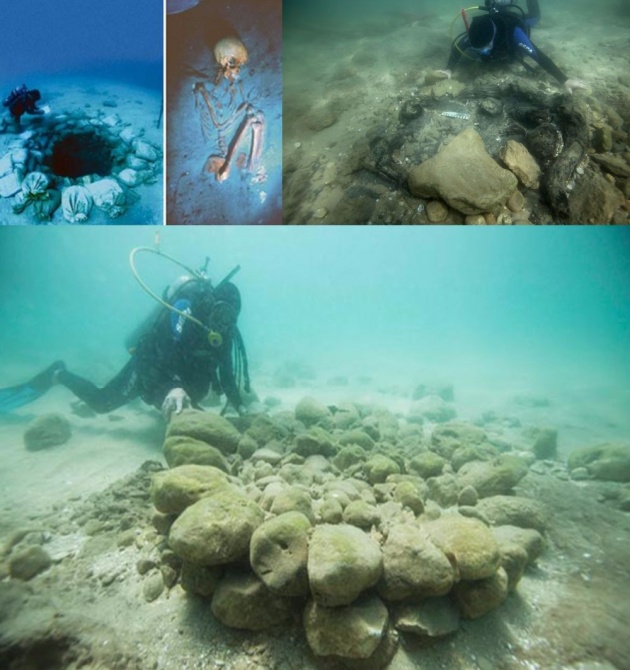 Another underwater city which creates mystery and raises different questions is Cuban. It was discovered off the shores of the Yucatan Channel near Cuba. Here researchers find pyramids, buildings, corridors, circular structures. These ruins were two thousand feet below the sea level. In 2001, this ancient city was discovered by a Canadian team. They used for taking images underwater robotic video cameras and sonar but according to them still they want to research more about this site and the mystery of this underwater city exits. Some researchers believed that their civilization showed that the inhabitants of this city were also know about the culture of ancient American. 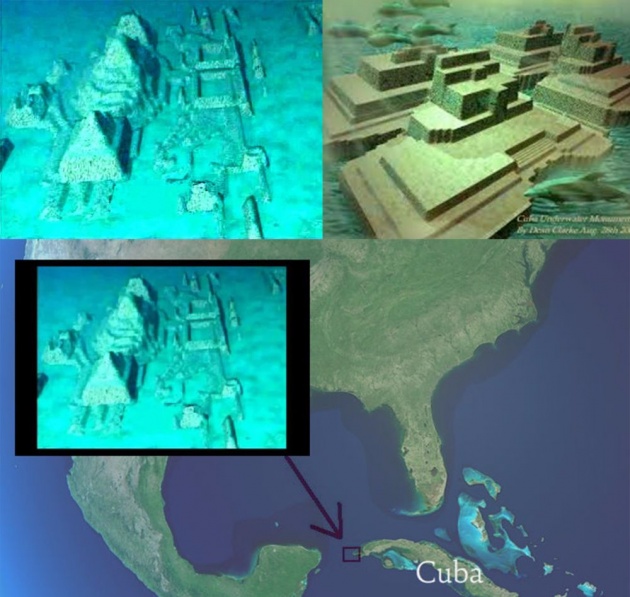 Recently under the North Sea, Europe a lost natural landscape was discovered. According to the researchers it was occupied by human hunter gatherers more than ten thousand years ago. Researchers found all this through digital mapping because now on that place there are oceans, lakes, rivers. According to researchers, this landscape is very well preserved which was at the heart of an ancient civilization spread across Europe. 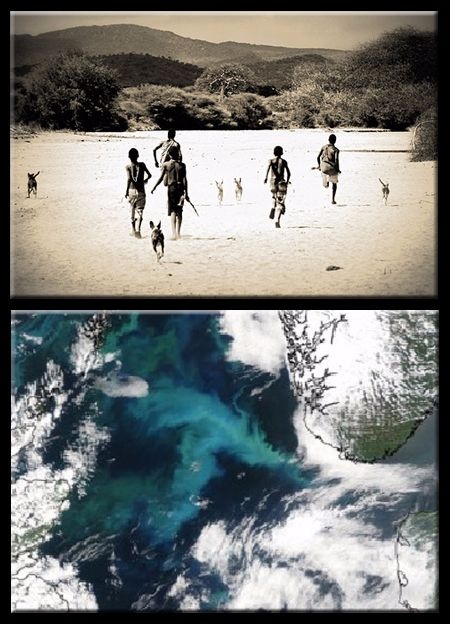 Atlantis the Lost City under the Water:

Most people have heard about the lost city named Atlantis. The story of Atlantis’s lost city around 360 dates back. The story of the lost city Atlantis was first time mentioned by a popular philosopher of Greek named Plato. Plato wrote about Atlantis’s lost city that it was located in Atlantic and a powerful and advanced nation was live which sink in to the ocean around 9,600 B.C. According to Plato, this city was sink by earthquake or volcanic eruption.

In 2011, According to a professor named Richard Freund that Atlantis might be destroyed by a tsunami. For the purpose of getting information about this site a team of professional geologists and archaeologists have used underwater technology, satellite imagery and radar. According to researchers a metal was found called orichalcum under the deep water off the shores of Sicily (the largest island in Mediterranean Sea) and it is believed it comes from this lost city. It is also believed in the wreck, thirty nine ingots were found and also 2,600 years old other cargo and vessel. According to scientists these ruins indicated to ancient Greece. 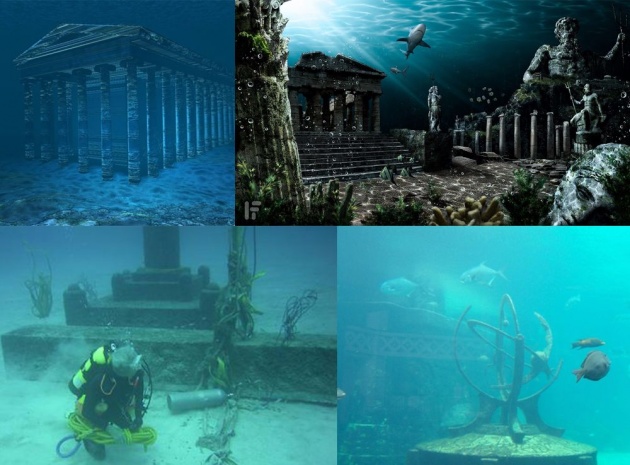 Baiae is an ancient city of Italy. It remained port of the Imperial family, famous and rich senators of Rome. According to archaeologists, on that site numerous sculptures are discovered which are infamous for its corruption and other scandals. They also discovered replicas of original bronze made sculptures which indicate Roman made these sculptures for the market. In the 8th century Baiae was killed by Muslim attackers. According to researchers the structure of this site have collapsed into the ocean due to the volcano activity. 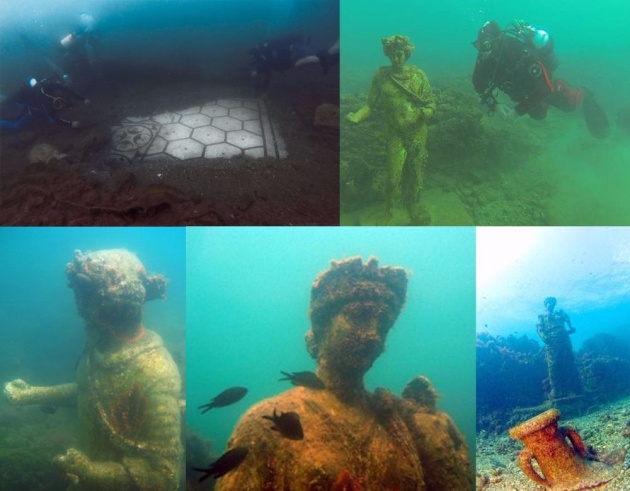 Thanks for sparing time in reading My 39th attempt for my virtual home "BitLanders".... Stay Connected for more articles.....  ツ