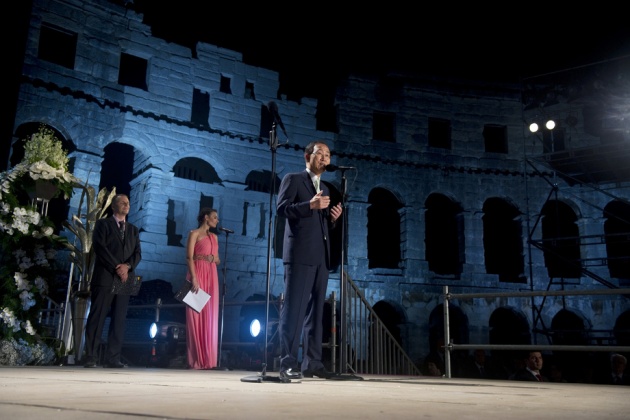 UNSG Ban Ki Moon continues his visit to Southeast Europe two decades after the breakup of the former Yugoslavia and independence and wars that have left different impressions and consequences on the individual countries. One of those blessed with geography and nature is Croatia which is completing its integration into Euro-Atlantic institutions (NATO-EU). Croatia is now returning to what it has become recognized all over Europe – a great host to the world. Top UN Photo - Secretary-General Ban Ki-moon makes an appearance at the opening ceremony of the 59th Pula International Film Festival. 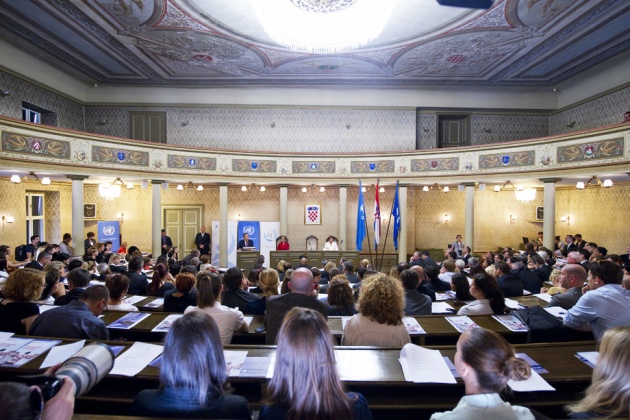 A wide view of the audience at the Zagreb Old City Hall, where Secretary-General Ban Ki-moon is delivering a lecture for the Academy for Political Development on the occasion of the twentieth anniversary of the Republic of Croatia’s membership to the United Nations. 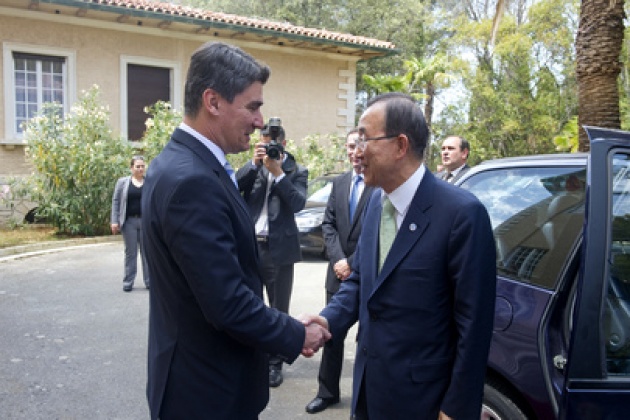 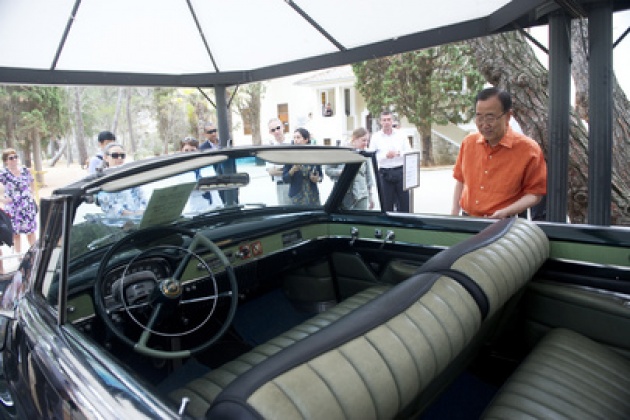 Secretary-General Ban Ki-moon looks at a display at the Tito Museum during a guided tour of the Brijuni Islands, a group of fourteen small islands in the Croatian part of the northern Adriatic Sea. 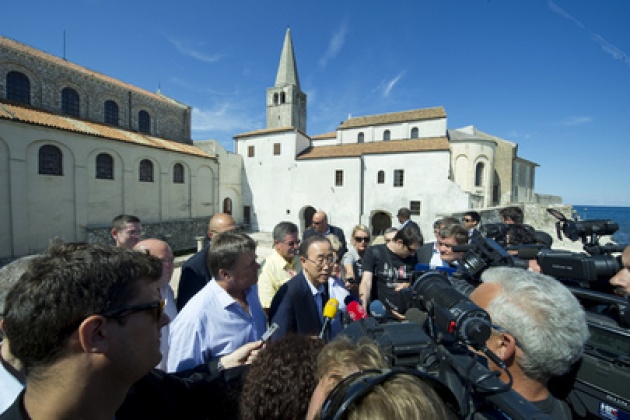 Secretary-General Ban Ki-moon speaks to reporters while visiting the Euphrasian Basilica, an UNESCO World Heritage Site, in the city of Poreč. 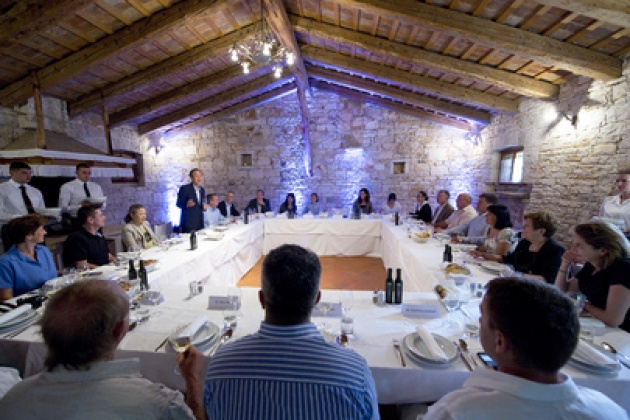 Secretary-General Ban Ki-moon attends a luncheon hosted by the Mayor of Poreč and the County Prefect of Istria at an agri-tourism farm in rural Istria. 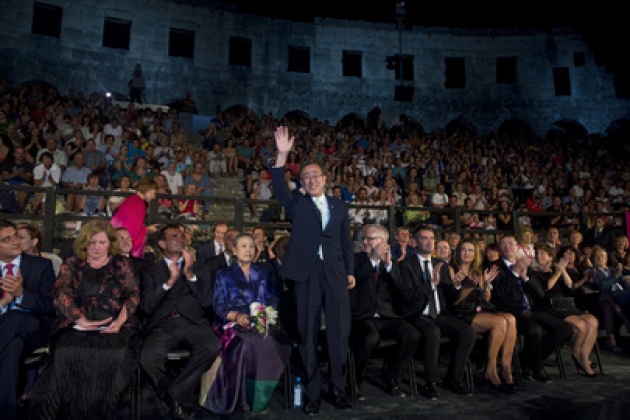 Secretary-General Ban Ki-moon (waving) makes an appearance at the opening ceremony of the 59th Pula International Film Festival. Ivo Josipović, President of the Republic of Croatia, is seated to his left and to his right, is Mr. Ban’s wife, Yoo Soon-taek. See our Film for Blog – “NATO Interview with Croatia President Ivo Josipovic”

Also See our Interview with Amb. Ranko Vilovic of Croatia to UN (In Croatian/Bosnian).