Ups and downs of Education in Afghanistan

Education is the most important part of a modern community infrastructure which is updating and going on further. In Afghanistan the same, the community needs to be educated, to find its way into an open, free, modern and cultural society. To improve the economy and the politician systems of a country, education is the durable and useful way and is resulted well in different countries. Different ups and downs are observed in education system of Afghanistan during long years of civil war and revolution. Exactly, it caused underdevelopment to the whole country, and changed us to a country that is not able to afford even its essential needs.

In 2001, as the educational system changed, closed schools opened and the education system infrastructures started reconstructing in Afghanistan, hundred thousands of boys and girls rushed to schools and training centers. There has already been an outdated, severely restricted, ineffective and non-scientific system of education which excluded millions of students from schools. We all, men and women accepted it as a new chance to be employed as well as possible. Education is considered as the best device to compensate the ignorance, lack of freedom and the oppression which have imposed by Taliban primitive regime, the regime that excluded science subjects from schools, and prevented girls from studying, to people of Afghanistan. 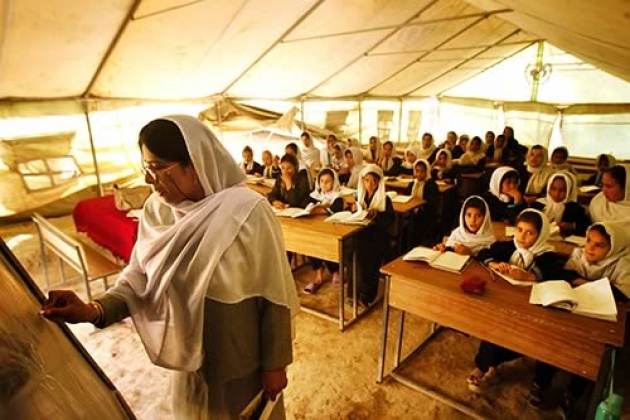 Most seriously, the education system is changed, the curriculum and the teaching systems are updated, thousands of schools are opened, girls are encouraged to go to schools, better facilities are supplied, and tens of universities opened or reopened in government and private. Thousands of college students have been sending to foreign countries by full scholarships since then, which are donated by cooperator countries such as: USA, India, Europe, Japan, Iran, Tajikistan, Pakistan, Kazakhstan and etc every year. Internal universities are promoted qualitatively and quantitatively. Some foreign universities started up their branches in Afghanistan with better quality and thousands of students are studying in. The number  of students who continue their studying in Masters and PHD Degrees  is increased, and every day perspectives of families to their children education is changing positively which is a very good news.

To change Afghanistan from an undeveloped to a developed country, the infrastructures should be changed. Education is a very significant and vital sector in every society, which its improvement means, the being generation will be improved. In result, it will cause improvement in other sections of a society and is worthy of investment.