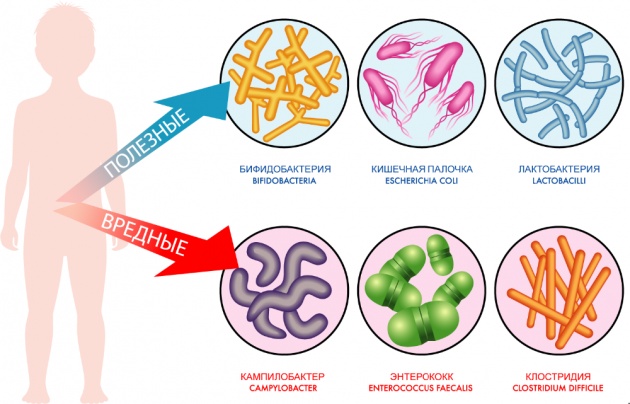 Biotechnology or Industrial microbiology is defined as the application of micro organism such as bacteria, fungi and algae to the manufacturing and services industries. These include:

Fermentation processes, such as brewing, baking, cheese and butter manufacturing, Bacteria, often Lactobacillus in combination with yeasts and molds, have been used for thousands of years in the preparation of fermented foods such as cheese, pickles, soy sauce, sauerkraut, vinegar, wine, and yogurt.
Chemical manufacturing such as ethanol, acetone, organic acid, enzymes, perfumes etc. In the chemical industry, bacteria are most important in the production of enantiomerically pure chemicals for use as pharmaceuticals or agrochemicals.[1]
Genetic engineering and bacteria

Genetic engineering is the manipulation of genes. It is also called recombinant DNA technology. In geneticngineering, pieces of DNA (genes) are introduced into a host by means a boy of a carrier (vector) system. The foreign DNA becomes a permanent feature of the host, being replicated and passed on to daughter cells along with the rest of its DNA. Bacterial cells are transformed and used in production of commercially important products. The examples are production of human insulin (used against diabetes), human growth hormone (somatotrophin used to treat pituitary dwarfism), and infections which can be used to help fight viral diseases.

Using biotechnologytechniques,or bio medical technology bacteria can not also be bioengineered for the production of therapeutic proteins, such as insulin, growth factors or antibodies.[2][3]

Bacterial populations, especially that of Clostridium butyclicum, are used to separate fibres of jute, hemp, flax, etc., the plants are immersed in water and when they swell, inoculated with bacteria which hydrolyze pectic substance of the cell walls and separate the fibres.These separated fibres are used to make ropes and sacks. 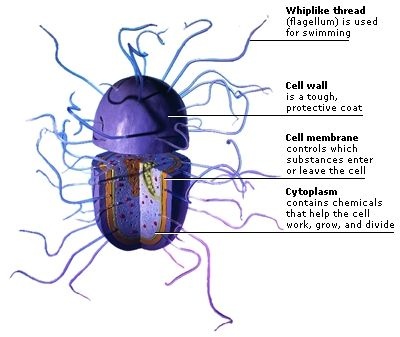 Escherichia coli that lives in the human large intestine synthesize vitamin B and releases it for human use. Similarly, Clostridium butyclicum is used for commercial preparation of riboflavin, and vitamin B.

Bacteria can also be used in the place of pesticides in the biological pest control. This commonly uses Bacillus thuringiensis (also called BT), a Gram-positive, soil dwelling bacterium. This bacteria is used as a Lepidopteran-specific insecticide under trade names such as Dipel and Thuricide. Because of their specificity, these pesticides are regarded as Environmentally friendly, with little or no effect on humans, wildlife, pollinators, and most other beneficial insects.