Donola: Fear. Such a natural and common feeling, specially for those who work on a battlefield. Have you ever been threatened by Taliban or any other group or militia? Do you worry about them?

Mahboob: I've been threatened by conservative people, but not by Taliban. When I was in Herat, I did worry about them, but it is up to the people to decide how they should assess a problem and how they want to find a solution for that.

Donola: What does your family think about your job? And what about your brothers? Do they approve it? What would you do if they said "stop doing this"?

Mahboob: They support me. My brothers run their own business and they understand me. However, my father prefers that I focus on my education and get a higher degree like a Masters or a PhD rather than doing business. If someone tells me to stop what I'm doing, I'll tell them that I have to do the things that are right for me and I'll convince them that I need their support to be successful in this society. 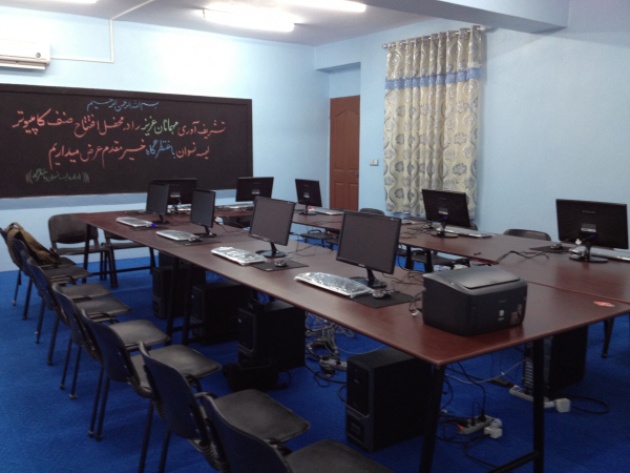 Donola: Could you describe your feelings when you saw the students at the first renovated computer room? And what is your goal? Thousands of computer rooms? The Nobel Prize? The Presidency of Afghanistan?

Mahboob: I felt so happy while I was looking at the students who found themselves in a new world and were interested to be connected to the globe. They feel really excited to have access to all the new equipment at schools, which they can't have in their homes. Our goal for the Afghan Development Project with social media is to connect 40 schools to the internet. If the results are positive, then Film Annex will be interested in continuing their funding. Eventually, we would like to expand to 1000 schools. Achieving and maintaining a leadership program in Afghanistan is a very hard job and is something that only President Karzai can do right now. I prefer to focus on my business and career first and then start thinking about getting into politics.

Donola: Who is your role model? And why he/she?

Mahboob: I don't have an exact role model, but when I was younger, I wanted to be like Dr. Adeeb, an Afghan scientist with a PhD. But when I started my business, my main role model turned out to be myself and my goal is to achieve my goals.

Donola: After the UN troops leave your country, what scenario will you get? Better than now or extremely worse? And what will you do for keeping working?