Wagner Moura says he made a 'risky proposal' at the premiere in Hollywood for the Film Elysium.

He and Alice Braga talks about 'Elysium', watch the video interviews.
The Long film goes on display this Friday, to actor role has 'strong tones'.

Wagner Moura account that arrived on the set of "Elysium", his first job in Hollywood, with some ideas ready for your character, Spider. Had envisioned a manner of speaking or walking to the subject which is a blend of hacker and "coyote" human trafficker. But what if those responsible for long reprovassem the preconception of the actor? "It would be truly tragic, huh (laughs)," he says on a TV interview.

Beside her, Alice Braga laughs. She's another Brazilian to star in "Elysium," which opens on Friday. (20) captain Birth of "Elite Squad" then adds: "I would have to change everything, start from scratch. Proposed that there is a risky proposition I did, is a character of strong tones. "Refers specifically to the volume of the voice and manner of gesturing Spider. 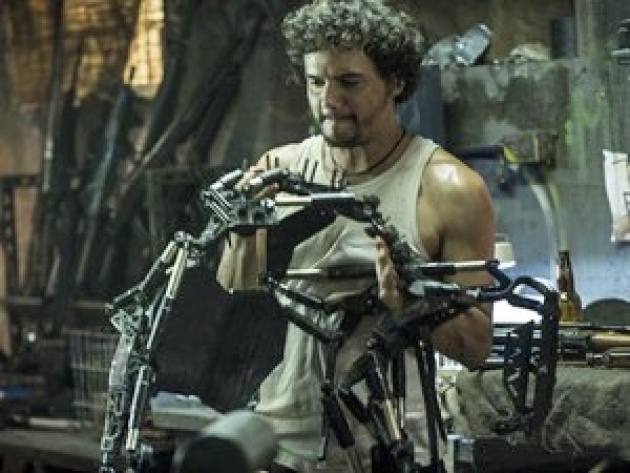 Shortly before, Wagner had said he does not see differences between filmmaking in Brazil or abroad, except for money . As a practical example, mentions that during the work, it was decided that his character would stick. Faced with the need, the production has provided many different accessory options - "about 50," according to the actor.

Alice says that he was not surprised with the performance of his colleague. "The first time I saw him with the voice of the character, bringing what he had created was sure it was different from what they were expecting, even," he says. "It was great to be with people saying, 'Wow! Man, did you see the scene he did ... '. It was a privilege to see the thing exploding right now. "

"Elysium" is set in an apocalyptic future where the rich emigrated from Earth to a space station.The protagonist is Max (Matt Damon), a former convict who suffers severe contamination in the workplace. At some point, you must use Spider to travel from one place to another. Alice is already Frey, a nurse who has a very sick daughter.

The director and screenwriter of the film is the South African Neill Blomkamp for "District 9" (2009), which now repeats mixing science fiction with political content, social segregation etc..Wagner acknowledges that the issue seriously influenced the acceptance of the role, but says he has no restrictions with films that are intended only entertainment.

"I have no problem. What draws attention is the fact that you work with a director who can, beyond entertainment, to have something else, "he says. "This is a popcorn movie, but it brings a discussion here. A theme that even to us, Brazilians, respect. " 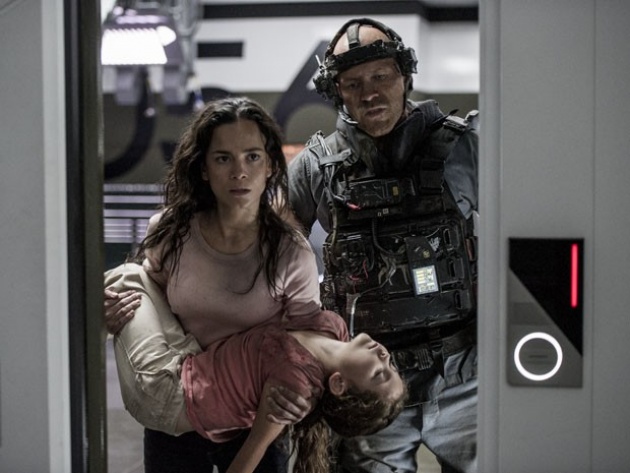 Alice Braga live as a Frey nurse in the movie 'Elysium' 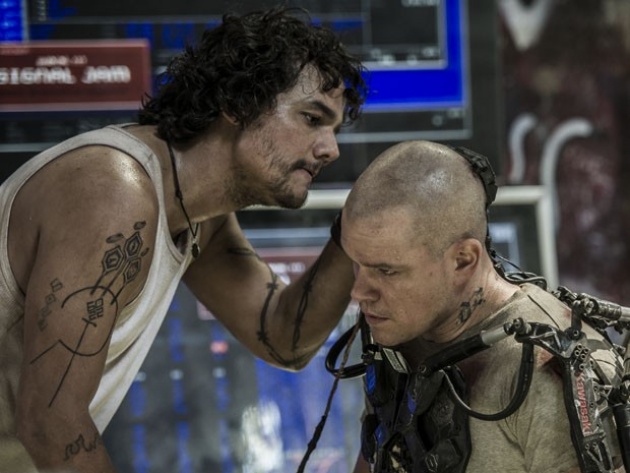 I will see these film here in Brazil because I think its gonna be a very good entertainment Film with Sci-Fi that will make the people think in the way we living, Im thinking now more about the apartheid regime in Africa because of the Director origins and of course its related with what he wants us to think about with hes film Elysium and the future of our planet with the enviroment, economicaly and as individuals that could make the diference.