Wasim Akram (Urdu: وسیم اکرم‎; born 3 June 1966) is a former Pakistani cricketer, cricket commentator andtelevision personality. He is acknowledged as one of the greatest bowlers of all time. A left-arm fast bowler who could bowl with significant pace, he represented the Pakistan cricket team in Test cricket and One Day International (ODI) matches. In October 2013, Wasim Akram was the only Pakistani cricketer to be named in an all-time Test World XI to mark the 150th anniversary of Wisden Cricketers' Almanack.

Akram is regarded as one of the greatest fast bowlers in the history of game. He holds the world record for most wickets in List A cricket with 881 and is second only to Sri Lankan off-spin bowler, Muttiah Muralitharan in terms of ODI wickets with 502. He is considered to be one of the founders and perhaps the finest exponent of reverse swing bowling.

He was the first bowler to reach the 500-wicket mark in ODI cricket during the 2003 World Cup. In 2002 Wisden released its only list of best players of all time. Wasim was ranked as the best bowler in ODI of all time with a rating of 1223.5, ahead of Allan Donald, Imran Khan, Waqar Younis, Joel Garner, Glenn McGrath and Muralitharan.[12] Wasim has taken 23 four-wicket hauls in ODI in 356 matches he played.[9] On 30 September 2009, Akram was one of five new members inducted into the ICC Cricket Hall of Fame.He is the bowling coach of Kolkata Knight Riders. but took a break from the position for IPL 6 citing a need to spend more time with family in Karachi.

Wasim Akram was born on 3 June 1966 in Lahore. He was educated atGovernment Islamia College Civil Lines Lahore, where he played as an opening bowler and batsman. He loves watching Indian movies and considers Amitabh Bachchan as his favourite actor.

Like several other Pakistani cricketers during the 1980s, his inclusion into the national side was at the behest of a senior player in the team, which in Akram's case, was Javed Miandad.

At the age of 30, Akram was diagnosed with diabetes. "I remember what a shock it was because I was a healthy sportsman with no history of diabetes in my family, so I didn't expect it at all. It seemed strange that it happened to me when I was 30, but it was a very stressful time and doctors said that can trigger it." Since then he has actively sought to be involved in various awareness campaigns for diabetes.

Akram married Huma Mufti in 1995. They have two sons Tahmoor (born 1996) and Akbar (born 2000)from their marriage of fifteen years. Huma died of multiple organ failure at Apollo Hospital in Chennai, India on 25 October 2009.

On 7 July 2013, it was reported that Akram had become engaged to an Australian Shaniera Thompson, whom he had met while on a visit to Melbourne in 2011. Akram married Shaniera on 12 August 2013, saying he has started a new life on a happy note. "I married Shaniera in Lahore in a simple ceremony and this is the start of a new life for me, my wife and for my kids" He moved from Lahore to Karachi with his wife and kids. On 3 September 2014, the couple tweeted that they were expecting their first baby—third child of Akram. On 27 December 2014, Shaniera Akram delivered a baby girl Aiyla Akramin Melbourne.

In 1988 Akram signed for Lancashire County Cricket Club in England. From 1988 to 1998, he opened their bowling attack in their ECB Trophy, Benson and Hedges Cup and National League tournaments. He was a favourite of the local British fans who used to sing a song called "Wasim for England" at Lancashire's matches. In 1998, with Akram as captain, Lancashire won the ECB Trophy and Axa League and finished second in the championship tournament despite losing only five matches in all competitions throughout the season.

Akram made his Test cricket debut for Pakistan against New Zealand in 1985 and in his second Test match, he claimed 10 wickets. A few weeks prior to his selection into the Pakistan team, he was an unknown club cricketer who had failed to make it even to his college team. He came to the trials at Gaddafi Stadium in Lahore in Pakistan, but for the first two days he did not get a chance to bowl. On the third day he got a chance; his performance convincing Javed Miandad to insist upon his inclusion in the national team. Akram was hence given an opportunity to play for Pakistan, without any significant domestic experience.

Akram's rise in international cricket was rapid during the late 1980s. He was a part of the Pakistan team that toured the West Indies in 1988. However, a groin injury impeded his career in the late 1980s. Following two surgeries, he re-emerged in the 1990s as a fast bowler who focused more on swing and accurate bowling.

Akram started his ODI career against New Zealand in Pakistan in 1984 under the captaincy of Zaheer Abbas. He rose to prominence taking five wickets in his 3rd ODI against Australia in the 1985 Benson & Hedges World Championship. His wickets included those of Kepler Wessels, Dean Jones and captain Allan Border.

Akram won 17 Man-of-the-Match awards in 104 tests. He took 4 hat-tricks in International cricket – two in ODIs. and two in Tests, He finished with 22 Man-of-the-Match awards in ODIs. In 199 ODI match wins, he took 326 wickets at under 19 apiece with a run rate of 3.70 and took 18 four-wicket hauls. His 257 not-out against Zimbabwe in 1996 is the highest innings by a number 8 batsman in tests. He hit 12 sixes in that, most by anyone in a test innings.

Prior to his retirement, he was one of eight senior players dropped for the Sharjah Cup in April 2003, and was then omitted from the Pakistan squad for the subsequent Bank Alfalah Cup triangular series. Due to his omission from the team, he did not participate in a farewell match. Akram fulfilled his contract play for Hampshire until the end of the English season.

Since retiring from cricket, Akram has worked and taken up commentary for television networks and can currently be seen as a sports commentator for ESPN Star Sports and ARY Digital among others. He did commentary on a variety of sporting tournaments including the 2009 Women's Cricket World Cup in Australia, the 2009 ICC World Twenty20 in England, the 2009 ICC Champions Trophy in South Africa, and the 2011 ICC World Cup in India, Sri Lanka and Bangladesh.

In 2010, Akram was appointed the bowling coach consultant of Kolkata Knight Riders, the Indian Premier League team for Kolkata. Sourav Ganguly was always keen to have Akram as the bowling coach for India, during the former's stint as Indian captain. Although this never happened, his dreams were realised to some extent, when Akram was appointed as the bowling coach cum mentor for the franchise. Akram has thus been playing a vital role in the grooming of Indian pacers like Mohammed Shami and Umesh Yadav, who owe their success in international cricket a lot to the bowling legend. While working for the Kolkata Knight Riders, he was also responsible for the signing of Pakistani domestic left-arm fast-bowler Mohammad Irfan. Akram has also been coaching in Pakistan fast bowling camps, his most notable discovery being the teenage Pakistani bowler Muhammad Amir. 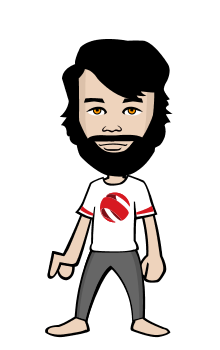 Shahid Afridi A Lagend of Cricket

Hi Friends, its Lucifer again with another interesting topic. I am fine and I hope you will also fin…

The IndiaPakistan cricket rivalry is one of the most intense sports rivalriesin the world.[1][2] An …