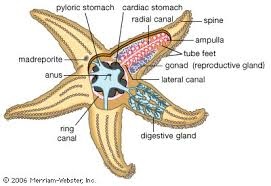 Water vascular System is a sort of hydraulic pressure mechanism which is also known as the ambulocral system. It is a modified part of the coelom and consist of the system of canals lined with ciliated epithelium and filled with sea water, containing certain corpuscles. 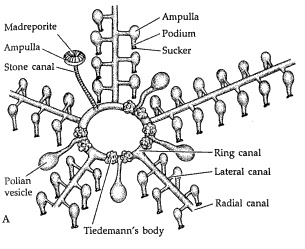 Madreporite:  Madreporite is a porous button shaped structure. It is present in inter radial position. Madreporite contains about 200 minute pores .Each pore leads through pore canal. The pore canal unites to form a common canal that opens into an ampulae beneath the madreporite. 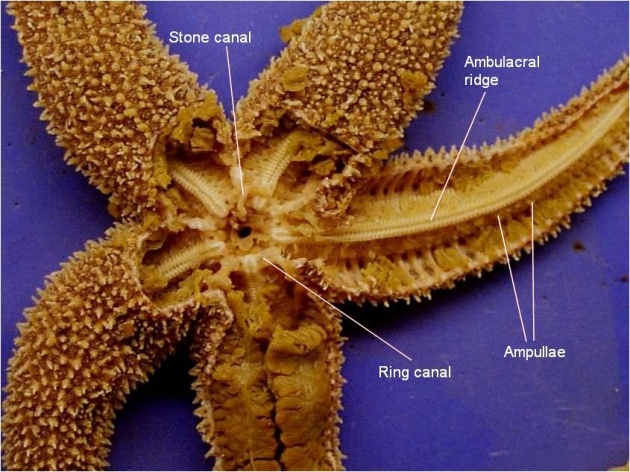 Stone Canal: The stone canal is a vertical s-shaped canal that starts from the madreporite and extends orally and joins the ring canal. It is named stone canal because its walls are strengthened by hard calcareous rings. Its cavity is lined with flagellated or ciliated cells.

Ring Canal: The stone canal opens into a circular canal which is known as the ring canal. It is situated just internal to the peristomial ring of assicles. Wall of ring canal are folded, dividing its luman into more or less separate channels. 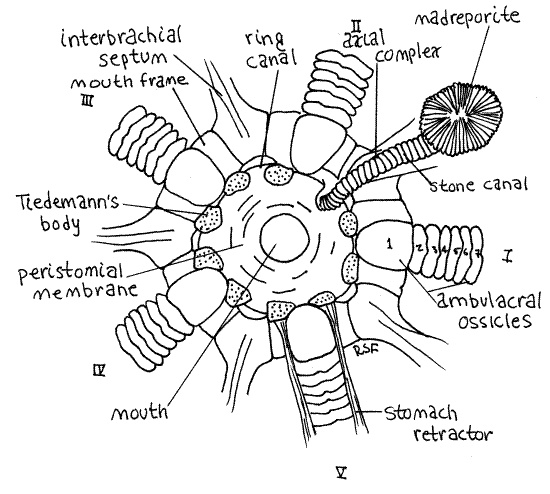 Tiedemann’s Bodies: The ring canal on its inner side gives off small irregularly shaped bodies which are known as the tiedemann’s bodies. They are of five pairs. The function of these bodies is to produce coelomic corpuscles which are released into the ring canal and so the system is known as water vascular system.

Polian Vesicles: The ring canal gives off inter radically on its outer side five elongated pear shaped muscular sacs with long necks are known as the polian vesicles. These store water which is utilized when the star fish comes out of water. 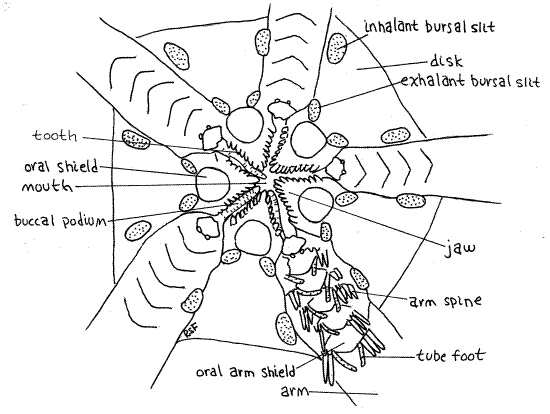 Lateral Canals: In each arm the radial canal gives off two rows of numerous short narrow branches which are known as lateral canals. Lateral canal passes between the osicles on each side to enter the coelom. Each lateral canal is attached to the base of a tube foot and is provided with a valve which prevents the backflow of the fluid. 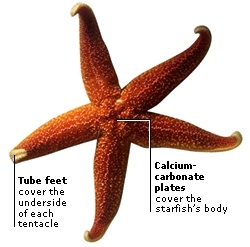 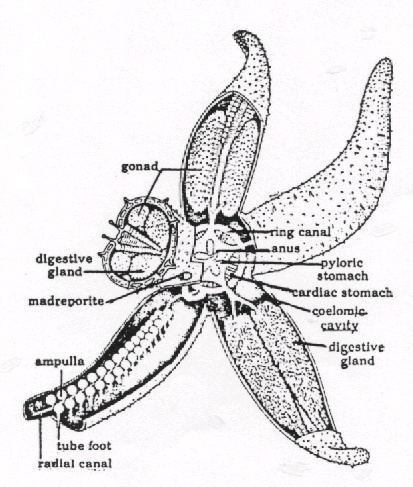 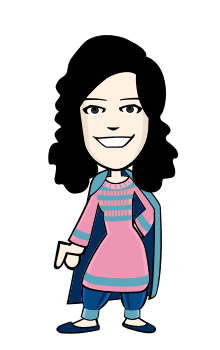 I am Ayesha Rehman its enough to describe me..