We have been Brainwashed !

We've been Brainwashed !
Well guys, today after a long time what I am going to tell you about is Television.
Do you know you have been brain washed daily? Oh, don’t you
There are so many successful personalities around you. You can observe, you can inquire by yourself that all those successful people whom you want to be or who are your ideals. They don’t watch TV. I have seen, and the world reports is that in this era, the average mentality or low mentality person they are watching Television. Ambitious person doesn’t do so.
Television!
What is television? Television is not television its tell-lie-vision. A report says that 90% people who watch TV they see their society and surrounding in a less realistic way. Another survey says that a person who watches TV more than one hour a day. His capacity of critical thinking, analytical thinking, analytical ability, because of misinformation provided by the TV and his success rates reduce by 80%.
That’s the thing. We don’t know where we are going or what direction the situations are leading our life towards. We have been brain washed. Do you know what is brain washing? Let me tell you some figures. According to an authentic report of Statista, the year 2017 had 591.07 billion $ of spending on advertisement. Can you just imagine this amount? I mean come on! This is brainwashing. The world companies and organizations are investing this much amount for your brain washing. You can buy 50 states in that. All these big brands instead of this, if they invest on their product improvement, that would be much more beneficial. All these big brands are brainwashing our minds. That’s why TV! come on. Stop watching TV today. Shift towards youtube.
TV tells you, what they want to show you. While Youtube will tell you what you want to know. you’re your own President in youtube while You are a slave in Television. If you are so much font of entertainment watch good biographic films. Watch patriotic and heroic documentaries, watch what paves your way to your targets and destinations. Watch those movies that give you access point and reference point in your life. Watch what brings you the J-curve of growth in life. Download the news mobile applications. Scroll through that once a day, that’s enough. After that return to your focus area.
Watch biographies, biographies of great leaders, sports champs and great business leaders. Because with this you get access to their thought process. And that brings you the reference point. If they can do, you can too... Come on!
The rule is: garbage in - garbage out, good in – good out, negative in – negative out, positive in – positive out.

Remember TV shows you what they want to show and youtube shows what you want to see. 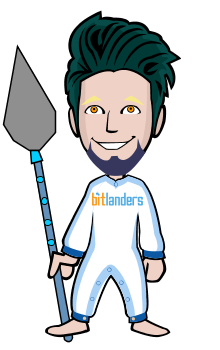 Shy people notice everything but they do not get noticed. -Anonymous- Earlier ago, I was a very shy…

Bones - The Doll in the Derby

Image Credit: Fox via Wikipedia "The Doll in the Derby" is episode fourteen of season eight of Bones…

Bones - The Twist in the Plot

Image Credit: Fox via Wikipedia "The Twist in the Plot" is episode thirteen of season eight of Bones…