What does Christmas Mean To You?

It's Christmas Time Once Again

It's Christmas season ones again. It is this time of the year that you will colored blinking lights adorning the houses, malls, streets and almost everywhere. Joyful "Christmas" songs fills the air everywhere you go. 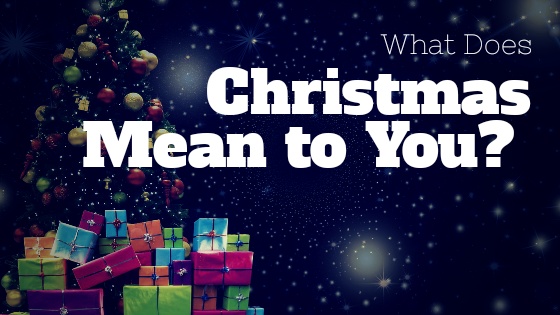 Image: What Does Christmas means to you. Original creation by jrlcentral for this post

Here in the Philppines, small children would brave the streets with their improvised tambourines and drums made of flattened bottle caps on a wire ring and milk cans respectively. They would go from house to house blaring their Christmas carols. Not caring if they are singing the right words as long as it "sounds like", nor wether they are hitting the right notes or not. Or they would brave the busy streets and do their Caroling from car to car during stops.

They would be happy to receive a peso or two, but most often they would hear only the word "Patawad" which literally means "Sorry". To be precise it means "Sorry, I can't (or won't) give your anything right now."

Christmas trees would adorn the houses, the Plazas, malls and other public places. The big man in red suit, would be present on malls waiting for children to sit on his lap and have a picture with him. 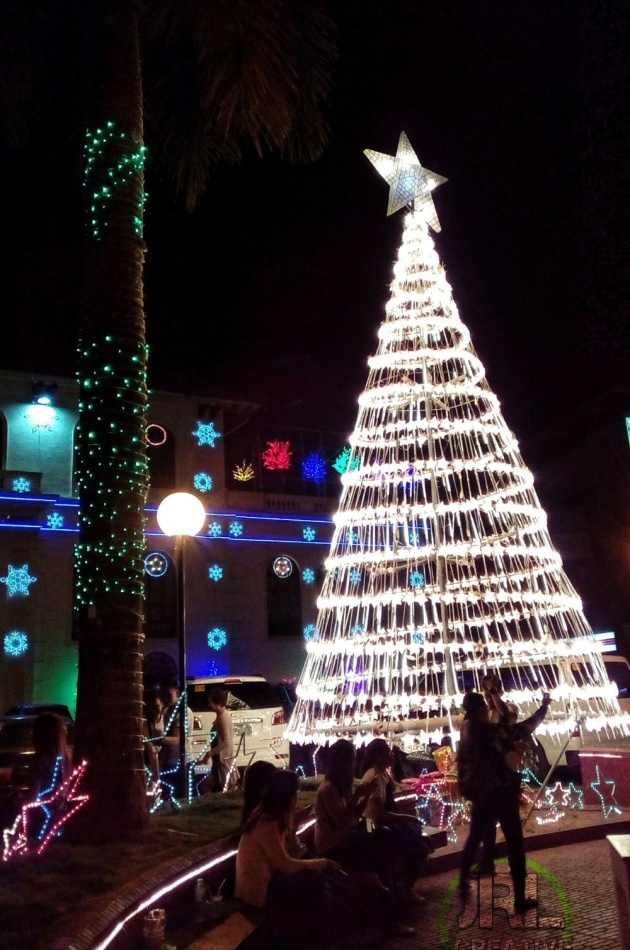 The Christmas Tree in front of the Capiz Government Capitol. Original Photo by me, John Reynold Loberiza (JRL)

Though there is no snow here in the Philippines, designers would include in their decorations faux snow men, made of styrofoams. And of course the Nativity scene or more commonly knows as the Belen would be present almost everywhere. 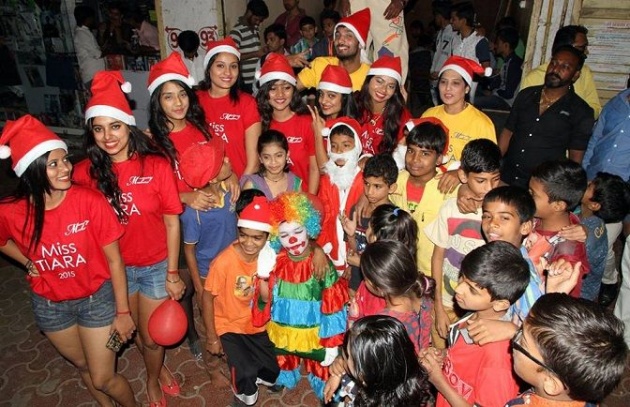 One of the traditions that comes with the celebration of Christmas is gift giving. During Christmas parties or family celebrations, it has become Exchaning of Gifts. 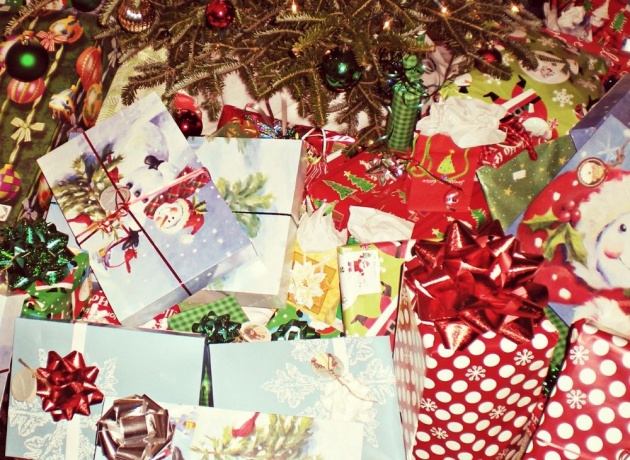 One of the famous character during Christmas of course is the jolly big man in red suite and white beard that blare out a loud "Ho! Ho! Ho!". Parents would tell little children that Santa Claus would give Christmas presents to kids who have been good all year.

While some classic Christmas songs focuses on the Birth if Christ like, "Holy Night", "Silent Night", "Little Dummer Boy" and the likes. More modern Christmas songs are more focused on the symbols of Christmas, like (again) Santa Claus, Snow men, gift giving, bells, kids, etc... Even Rudolf has his own song.  Some are focused on lovers and their relationships (or none) during Christmas. I remember a priest said, "These are not Christmas songs at all. These are simply love songs (that mentions Christmas)

When you search YouTube for Christmas songs, this is one of the popular results.

What is the Story Behind?

Throughout the years, the message of Christmas has always been the same, peace, love, charity, and forgiveness. In the recent years, though Christmas seems to be focused more and more on Santa Claus, being the giver of gifts. In the movies, the television shows, and even in YouTube, more and more movies and short stories are created with Santa Clause and other fictional characters as the focus of the movie.

Personally, I have nothing against Santa Claus, he was based on a true to life character and saint. Although, I doubt it if he truly lives in the North Pole with his elves.

Question is, what is whose story is Christmas? What is the it really about? Is it all about Santa Claus, or is his elves and flying reindeers? Is Christmas about the gifts, or Christmas trees, and lights? Is it about the gift giving alone? Or we are on the verge of totally forgetting how Christmas started?

Who is Santa Claus? 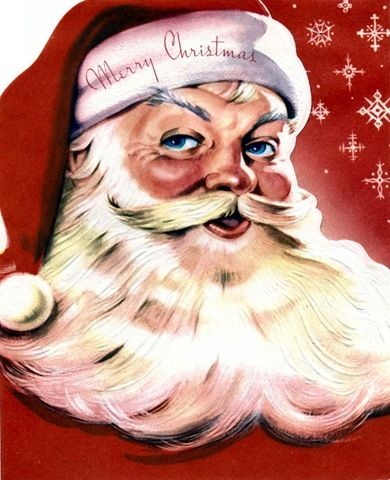 Let me discuss first who Santa Claus really is and how he became a symbol Christmas. The tradition of Santa Claus grew from a 4th Century Greek Bishop Saint Nicholas. He was known for a gift giver to children. Originally the gift giving tradition was held during the 6th of December which is, for the Catholics, the feast day of St, Nicholas.

It was Martin Luther King who changed the date of gift giving to Children to December 24 and 25. He did so to shift the focus of the children to Christ instead of Saint Nicholas. However, to date, the gift giving tradtion is still on Christmas eve and the focus is now more on Santa Claus.

Let's take a look back how the Christmas tradition started. Maybe this is a surprise to some, but the early Christians did not celebrate Christmas until sometime around the 4th century. In fact in the old days, even at the time of Jesus and even before that, people don't celebrate birthdays (except for Herod I guess). 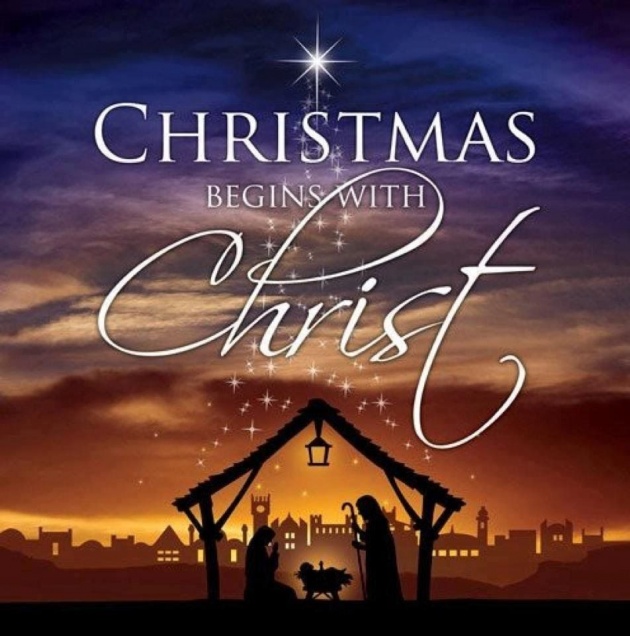 Christmas, or originally written as Christ-mass means Mass of Christ. In the early Christian days, this is the the only mass service that is allowed between after sunset and before sunrise the next day. Usually it is done during midnight. ( I would assume then  this is also the origin of the Missa de Gallo or Midnight Mass which is held from every 16th of December until Christmas eve). The name Christ-Mass was later shortened to Christmas.

The date December 25 has been a bit controversial. The actual date when Jesus was born was never mentioned in the Bible when was Christ was born. And the date is in the winter season. I am not sure though if there is winter in Israel. But I found two reasons why the early Christians chose this date. One is the very cause of controversy while the other one is a bit logical.

It was Pope Julius I who officially declared that the Birth of Jesus be celbrated on the 25th of December. The controversial reason why this date was chosen was, the pagan Roman winter festival "Saturnalia" is celebrated on this date. It was by chosing this date, the celebration of Chrisstmas would be more acceptable to non-Christian. 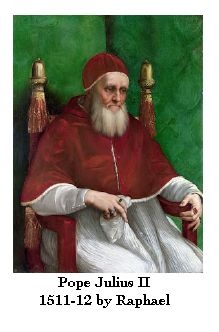 Another reason why they believe the early Christians chose this date was because of the date of the Annunciation. Early tradition dictates that the Angel appeared to Mary on the 25th of March. Thus counting 9 months after that you get December 25.

The Reason For Celebrating

The date itself may be pagan in origin, as Puritans would point out. The original focus and reason for Christmas celebtraion is the birth of Jesus Christ.  When Pope Julius I first declared the celebration of the birth of Christ, it was called the Feast of the Nativity.

The early Christians don't celebrate bithdays, the birth of Christ is the first (though the date is arguable). Perhaps, the early Christians believe that if there is one birthday that the whole Christian world should be celebrating, it would be Christ's. 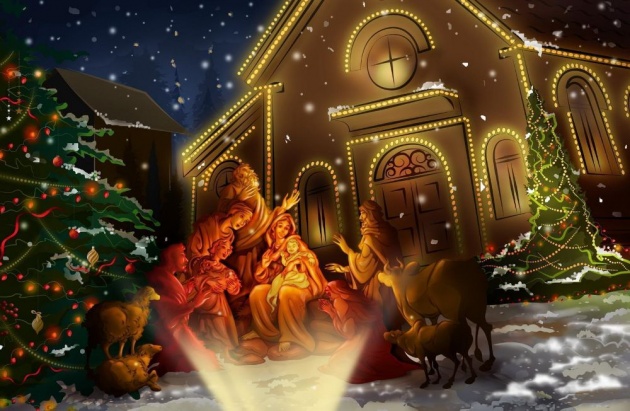 I was working on a social media post image for a local computer shop's Christmas promo. I asked the owner if I should use Christmas Offer or Holiday Offer? He preferred the latter, he reasoned other religions don't have Christmas.

I suppose then that commercialism is the main reason why it is now more common to see and hear greetings like:

What Does Christmas Mean to You?

When I was just a little kid a few years ago (plus about three decades or so) I remember the best part of Christmas was when my Ninongs and Ninangs (Godfathers and God mothers) and my aunts and uncles would give their Christmas gifts. I remember receiving a pedal-powered Jeep and a three  feet tall inflatable astronaut. Often times I would receive PHP 100.00 in crisp- fresh from the bank bills. My parents would then deposit them to my bank account. Had I known better then, I would have invested them in the stock market. Probably, I 'd be a millionarie now. 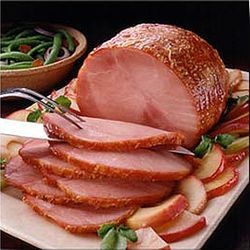 Anyways, we always celebrate Christmas with a simple Christmas dinner. A few slices of ham, cheese from Queso the Bola, a loaf of bread, some fruits and a bottle of Coke.  Sometimes our mother would cook some spaghetti or salad. I guess what was important was, we celebrate it with the whole family and hear the mass. During those times. Christmas movies would evolve around the story of the Nativity. Santa Claus and Rudolf would have their own stop-motion movies too. But they were not the center of Christmas celebration back then.

As I grew older,  being a Catholic, and being active in a religious group for quite sometime, the meaning of Christmas for me has revolved around the story of the birth of Christ. The Son of God that redeemed us from our sins. Jesus was born with a purpose in this world. A purpose which he embraced and fullfilled

Christmas for me then, is a time to reflect then what is the purpose of my existence? What is my purpose as a husband, a father, as a brother, and as a  person. Am I fullfilling my purpose? Or I am just drifitng around the tide.

Commonly  they say Christmas is the time for peace, love and forgivenes. I say then Christmas should be all year round, then we will have peace all over the world.

The story of Christmas from a different perspective.

Whatever your religious beliefs are,

whatever Christmas means to you,

May the Spirit and Love

Our First Christmas in Our Own Home

In my last post, I asked you "How Do you Celebrate Christmas in Your Country?. Then I described how …