What is Life - Language, Science, Math, Religion and Philosophy 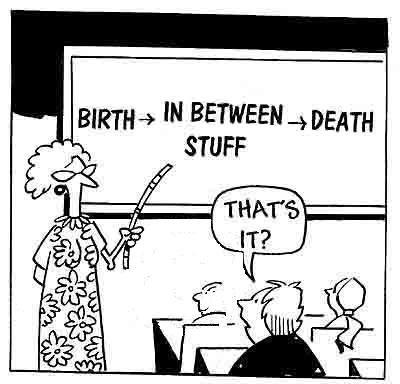 There is a lot to consider when asking the question "What is the meaning to life?" For thousands of years, science and religion have attempted to piece together the origin of the universe - and have successfully pieced together the origin of the human being, or homo-sapien. There are scientific and religious theories that explain how the universe began, ranging from the biblical God to the Big Bang Theory.

I've spent many years of research and study seeking the answer to this question myself. I searched via science and religion, as well as math and philosophy. I came to a personal conclusion after reading various books based on religion and science - all with different interpretations and perspectives based on the authors personal experience and point of view. I eventually reached the conclusion that all of the studies, theories and beliefs are indeed accurate. For human beings, we believe what is real to ourselves individually. For example, some people believe in ghosts and see ghosts throughout their entire lives. Other people believe in the Christian God, while others worship other gods or have different established belief systems. 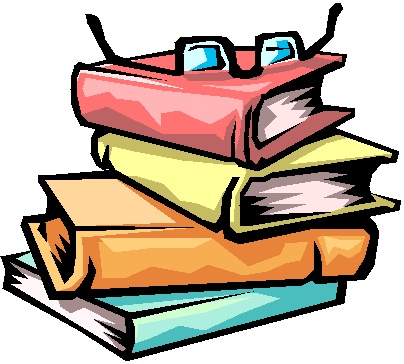 There is something that is consistent with all religion and science. There are forces of nature that are inexplicable and impossible to comprehend with language, math or science. Humans learn, study and interpret life according to the human brain. No other animal uses time, math or money to survive as a species, yet humans base their everyday routine and daily life situations according to the three. Life without time, math or money seems unrealistic and is almost impossible to comprehend.

The first human beings were established approximately 200,000 years ago. The universe itself dates back to 13.8 billion years - to the initial theory of the Big Bang. Something for certain is that before the establishment of human beings and the human mind, math, time and money did not exist. Human beings used the natural surroundings and laws to create measurement systems that were specifically designed and adjusted for the human brain - math and time. The actual systems of math and time technically did not exist. The conditions and environment for the two existed in the physical laws of the universe, but weren't officially established until the origin of human beings. 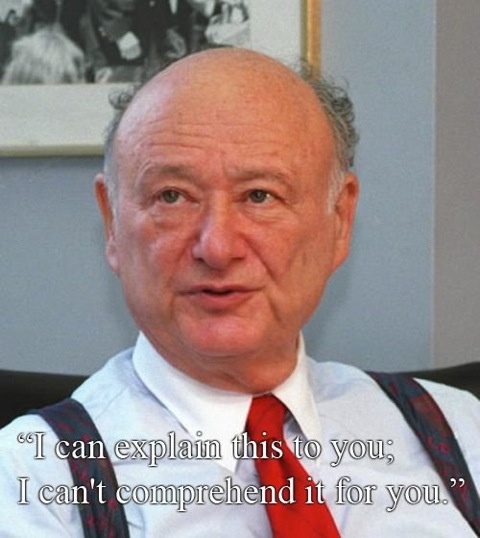 There is something important to realize about this universe and life situation that we all are somewhat forced to participate in throughout our entire lives - nothing. What makes a living room? It isn't the furniture, nor is it the lighting, walls or ceilings. What makes a living room a room is the empty space inside of the room that the furniture, lighting, walls and ceilings can inhabit. Oxygen and space are the two most crucial fundamentals for life, yet we can not see and rarely pay any attention to the two.

The "nothingness" is more important than the "things" that we can physically see and comprehend. Although we know that oxygen and space exists, we do not see these things throughout our daily life situations. We literally pay neither any attention. Instead we focus on materialism and that which we can see, understand and comprehend. When we realize that human beings as a species are still very ignorant and primitive - we will realize that we cannot use language, math and science to comprehend that which can not be comprehended - God, the meaning of life, the beginning of time, etc. 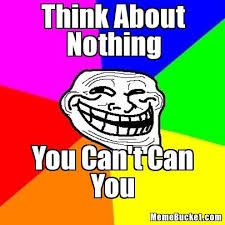 It isn't an easy task to clear one's mind and have no thought process whatsoever. It can even take years of practice and meditation before one reaches this clear state of mind - just ask any person who practices meditation! When one meditates and reaches no thought, they are living in that exact moment - and when the time comes when thought is needed, the thoughts are much more keen and realistic - having no distractions or fragmented thoughts leftover from worry or stress.

Try it for yourself! Let me know what you think!

for more blogs and videos!