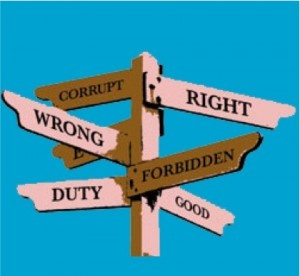 What do we mean by particular moral judgments that we make when we think something like giving to charity is a good thing to do for example. Or an action is right insofar as it maximizes overall happiness, or one ought to always. These are very abstract moral judgments made in everyday life.

What are we doing when we make such judgments?. Are we representing objective facts of matter? or are we describing our personal or cultural practices? are we depicting some element of the universe out there?.

the moral facts, are we expressing our emotions toward things?.

These are types of questions that we ask about the status of morality. The idea that we are representing objective facts when we make moral judgments.

The question is not whether these particular judgments are right or wrong, but what we are doing when we make these judgments. What are we doing when we judge that something is good or bad? Right or wrong? Virtuous or vicious?. Maybe we have to generate two lists and compare and contrast these lists. A list of empirical judgments, judgments about the empirically discoverable world. and a list of moral judgments, judgments about what's right and wrong, good and bad, etc.

So in the case of empirical judgments, it's quite natural to say yes. Whereas, in the case of moral judgments, is that the sort of thing that could be true or false? some people may discuss here religion and legal provisions that have been interpreted differently and others discuss the matter from a scientific point. It may also be mere opinions or mere expressions of our emotions.

Father of the Nation

Mahatma Gandhi ji is the father of the nation of India. Who is know very well about him? He is a man…

Depression and How to Overcome It

Hi everyone! This is jvanity1 and this is my 2nd comeback blog for this month. Today, we will be tal…