Why Did I Become a Neil Gaiman Fan?

Here’s Why I am a Big Fan of Neil Gaiman 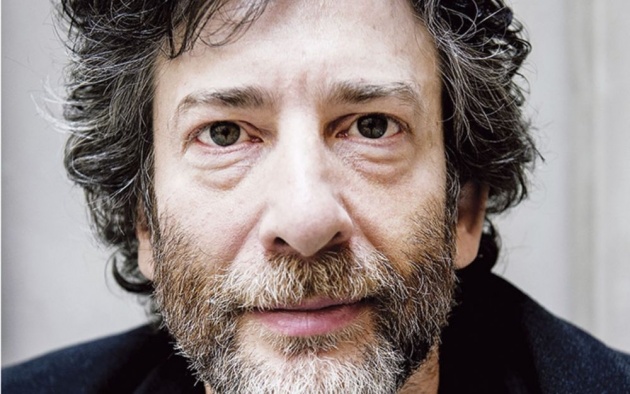 *Image is credited to newstatesman

“I hope that in this year to come, you make mistakes. Because if you are making mistakes...you're Doing Something.” ― Neil Gaiman

They say curiosity kills that cat, but I wanted to say, curiosity got the cat out of the bag. After few weeks of being active in Instagram, it has come to my attention that fellow bookworms would not stop until they had all of this author’s books. After having to read some reviews about his works, I decided to buy and asked for free eBooks. After that, something happened unexpectedly.

I found myself drowned into reading books since last week this author - Neil Gaiman. I finished two of his books within a week, the “Graveyard Book” and “Fortunately the Milk”.  I felt like I have been deprived from reading, I guess so, but I felt I just had another favorite author. An author that is quite different from my two favorites, Mitch Albom and Paulo Coehlo.

Mitch Albom and Paulo Coehlo’s works have fed my old soul through the years and I have gone beyond those kind of works. Works that tell me more about life, death and beauty of everything. But finding Neil Gaiman’s made the child within me came out.

Before I talk more, allow me to introduce him…

Who is Neil Gaiman?

Neil Gaiman is Neil Richard MacKinnon Gaiman, born Neil Richard Gaiman on November 10, 1960. He is an English author of short fiction, novels, comic books, graphic novels, audio theatre, and films. The genre of his works fall into fantasy, horror, science fiction, comedy and dark fantasy. And base on the genre, definitely it was something I can say, I am out of the line.

If I have learned to read at the age of 7, Neil Gaiman, at the age of four can read. And he said that reading things gave him pleasure. With his love for reading, on his seventh birthday, he received a complete series of C.S Lewis’ “The Chronicles of Narnia” series.

On the personal side, Neil Gaiman is married twice and has four children; three from the first marriage and one from Amanda Palmer, an American song writer and lead vocalist.

Now, let me tell you about his works and his awards. 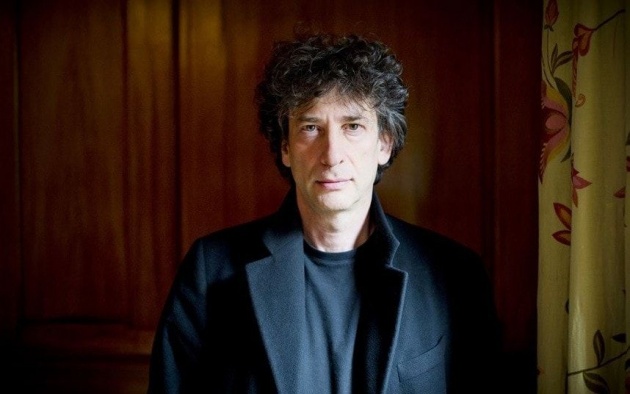 *Image is credited to telegraph.co.uk

Works of Neil Gaiman and his awards.

I have seen a lot of his books that were put on sale on Instagram and even saw a collection of four (4) of his books on the bookstore. I read two of his works on eBook and there are still more that I haven’t read. Neil Gaiman had written 34 books, at least. And I only have 10 on the eBook and I recently bought 4 on the bookstore that comes in a set/box. They are “American Gods”(released in 2001 and became one of Neil Gaiman's best-selling and multi-award-winning novels ;“Neverwhere”(became a urban fantasy television series that was aired in 1996 in BBC Two) “Stardust” and “Anansi Boys”(released in 2005). 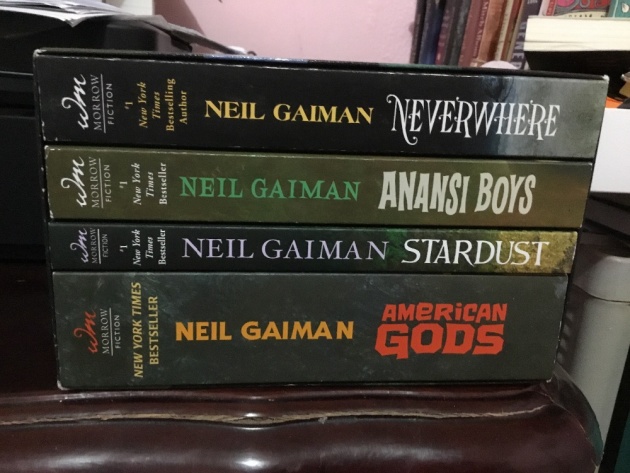 A box of Neil Gaiman's books.

Some of his works has been adapted into film, is the fantasy novel “Stardust”, that grossed more than one hundred million and aside from that, it had won the Hugo Award for Best Dramatic Presentation, Long Form. And that will be the next in line for me to read.

An addition to film adaptation is “Coraline”, released in 2002 and adapted seven years later with the same title. And “The Ocean at the End of the Lane” which was voted “Book of the Year” in the British National Book Awards and also its right has been bought to make it a feature film with Tom Hanks. 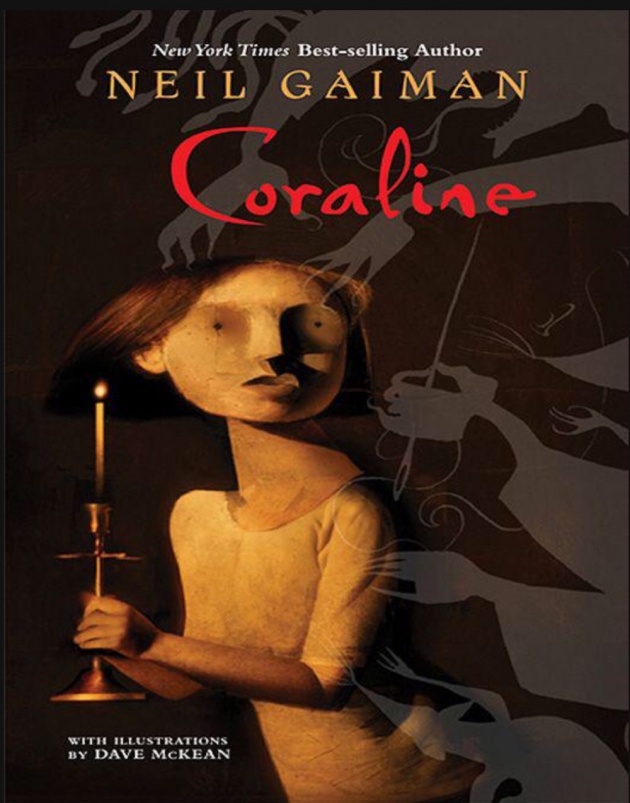 The two that I already read has two different genres. “The Graveyard Book" (released in 2008) is more of children’s fantasy novel that I didn’t mind and even cried at the end. While “Fortunately, the Milk” is a short tale of fantasy, a bite of humor and adventure. 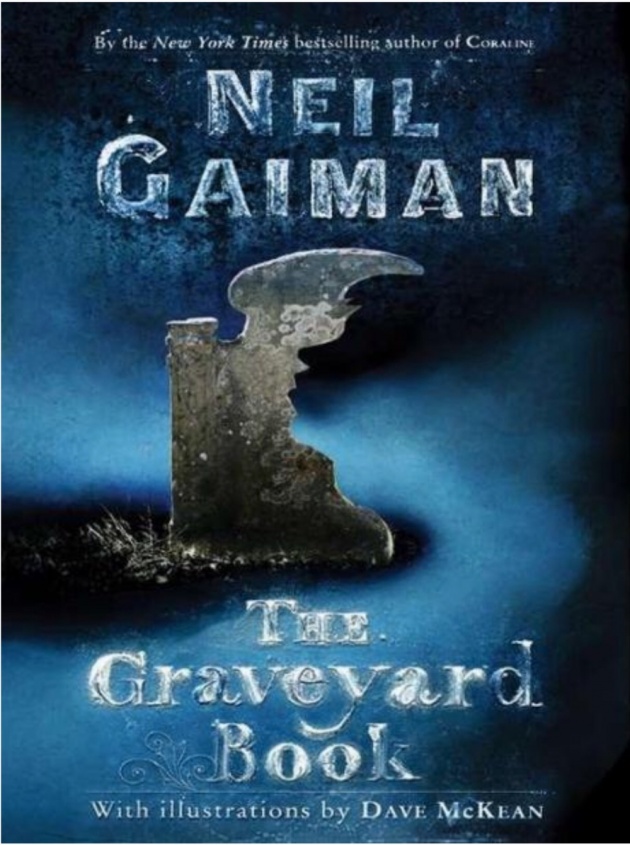 The cover of The Graveyard Book 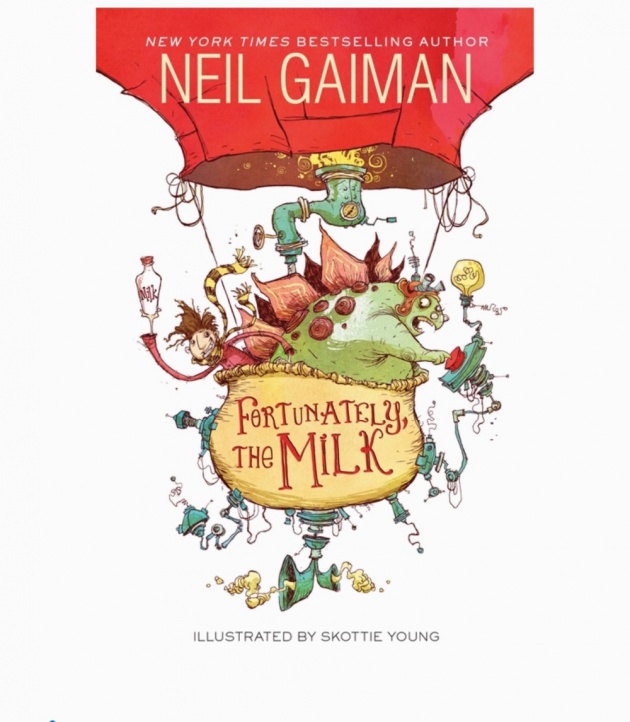 Cover of Fortunately, the Milk

Another famous work of his is the comic series “The Sandman”, that originally ran 75 series from 1989 to 1996. And the series became the first graphic novels to be in the New York Best Seller list. And I am still looking for this one until now, and I wanted the series. And the price I have found on book depository, definitely PRICEY.

His latest work is the “Norse Mythology” that was released in February 2017. And made a collaboration with his fellow author, Terry Pratchett with the "Good Omens."

Looking at his works, there was an awe with every awards he received

Here is a video of his interview about Norse Mythology.

Reasons why I become a fan of Neil Gaiman.

“People think dreams aren't real just because they aren't made of matter, of particles. Dreams are real. But they are made of viewpoints, of images, of memories and puns and lost hopes.” ― Neil Gaiman

At first, I just asked for his eBooks to my nieces who would love to read his works, but next thing I know, I got hooked into those first. And I have my reasons and here are they are.

1.       Am not a fan of too much  “exchanging of dialogues” in books. It bores me more. I wanted to read more of descriptions where my mind can create images, prefer to imagine more.

2.       His books are more on fantasy that was meant for children or teens, but to be honest, it is meant for all ages. Somehow the child in us can relate into it while reading.

3.       The book lines were like of Mitch Albom and Paulo Coehlo, every time I read a line or phrase, it made me stop and ponder. Definitely there are so many lessons to learn on his books, both for kids and for the adults. 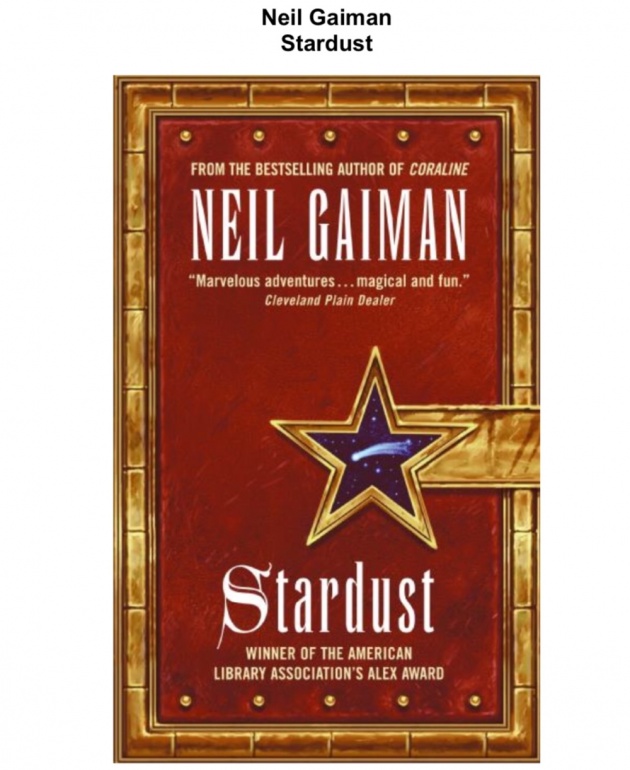 Neil Gaiman has captured not only my attention but also my heart. Reading his works not only made me more knowledgeable but also brought out the child in me.

If you find it awesome, you too may visit his works from this page www.neilgaiman.com…

And here's a Querlo chat for you to answer...

Thank you so much for reading!

Image credits: Tita Witty About few weeks ago, I have blogged on my first ever Starbucks sticker col…