Why I  Love Realm Defense

I am not much into playing online games in recent years. The last online game that I really loved was Marvel's Agent of Shield. When Disney decided to shut down the game, I haven't played any online games.

I still play games from time to time on my Android phone. In recent years, my favorite genres are zombies and tower defense. I have played several games under these genres. But mostly I quit after playing some time, even Realm Defense. 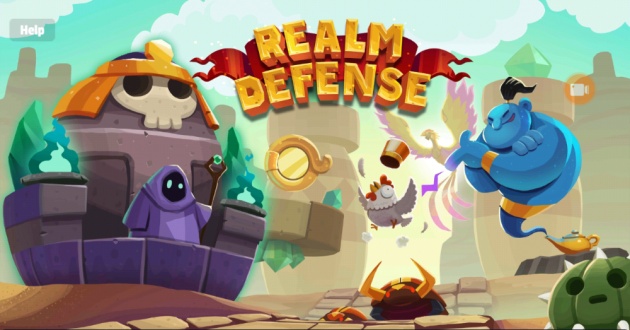 I think it was a couple of years ago when I started playing Realm Defense. After completing the three worlds, the game became a bore.  I uninstalled the game.

When I saw on the Play Store that the game was updated. That was seven months ago. I Tried it again. The new update brought new worlds, new Heroes, and new challenges.

Realm Defense is a tower defense type of game for Android. You can download the game from the Play Store for FREE.

In a tower defense game, you use different towers with different abilities and effects to stop the enemies from reaching their destinations.

In the other tower defense games that I have played in the past, you just use towers.

In realm defense, aside from the different towers, you can use different heroes.

In each world, there are four types of towers, 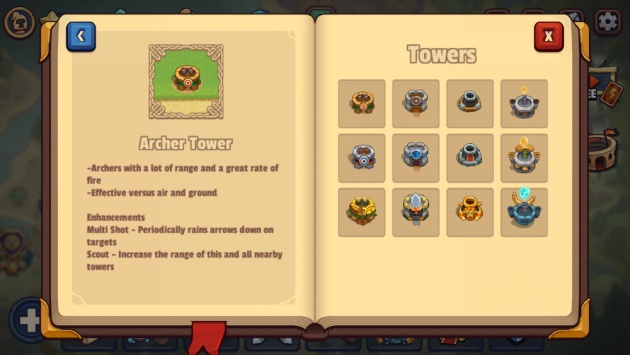 The Towers in Pridefall Map

Three heroes can be used for each level. Fee, the archer is the first free hero you can get then Lancelot the knight. Currently, there are 18 available heroes. Each hero has different abilities and powers. It's great to combine three that compliments each other. 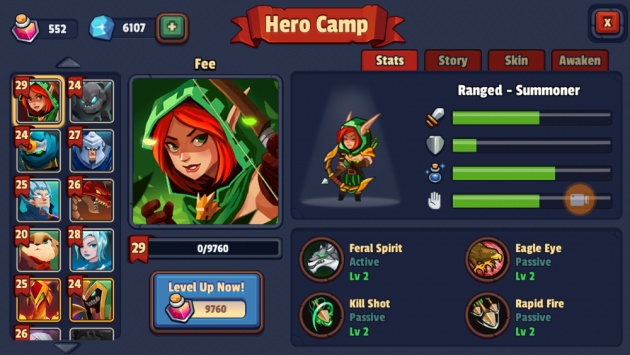 You can hire and manage your heroes in the Hero Camp.

The Elixir is used to level up the heroes. They can be gathered through the "Elixir Mine". Or bu completing two levels at Realm Siege every day. The Gems, as mentioned above are used to "hire" the heroes or upgrade the Elixir mine and the Forge.

The Power items are: 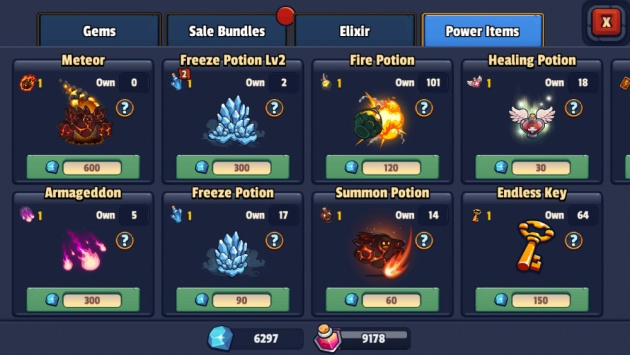 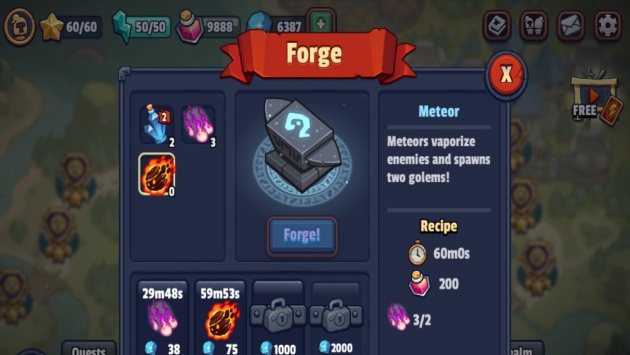 You can create more  powerful items using the Forge

How to Harvest Items.

For winning each level with Three stars, you will receive different items plus an increasing number of gems. On the regular levels, however, you can win items only once.

Each world has an endless level.  If you can survive the endless level for at least 15 minutes, you will get one piece each of all power items. 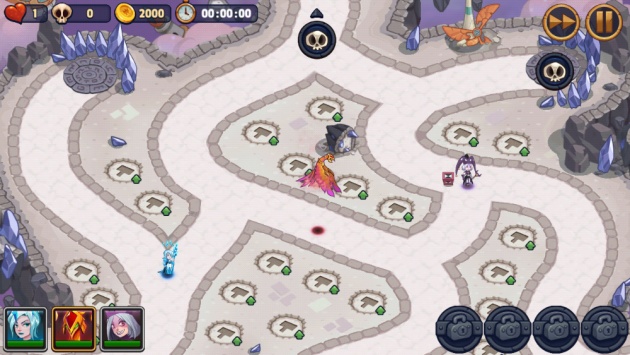 The Endless Level in Caelum Cloudveil

When I first played Realm Defense, there were only thee worlds available. I finished the three worlds in just a few weeks. It took a while before they could come up with the upgrade, so I decided to uninstall the game.

But when I checked the game again a few months later, two new worlds were added. If I remember it right, they added more levels on world 3. Doubling the challenge and the fun on the three later worlds. 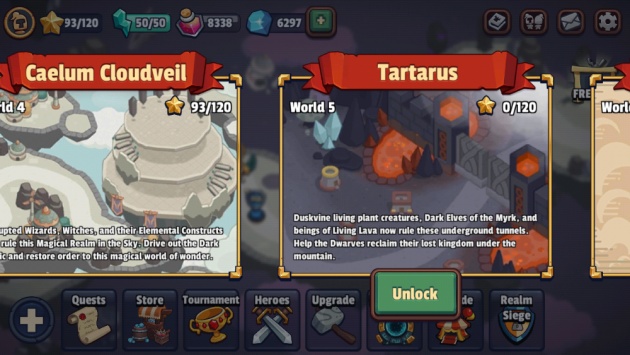 The Daily Trials is also a welcome addition to the game. It's a great way to break the monotony of doing the regular levels every day. Also, it is the best way to harvest free gems.

If you think Realm Defense is a stand-alone game, think again. It has a weekly tournament in which you compete with other players around the world. It's not a PVP though. In the tournament, you compete for the high score. The top three players get Elixer and gems and a promotion. if you can get into the top ten, you get only Elixir. 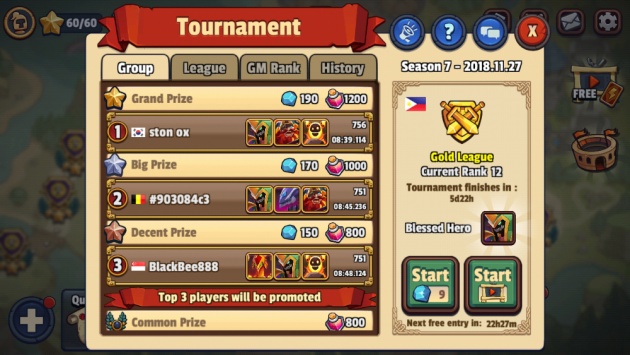 The Top Rank for the Weekly Tournament

The Grand Champion will get a new skin for his heroes.

To date, I was able to get promoted twice. Since I don't have the more powerful and expensive heroes yet, it is very difficult to get even into the top ten.

The game is packed with other features and the developers add something new from time to time. That makes the game more exciting.

One thing I like about the game is how the ads are presented. They are not played after every level like in most Android games. Rather the player has the option to play the ad. In return, the player gets something, like a key for the endless level, or another chance to play in the Tournament for that day.

Warning! This game is addictive

There was even a time that I almost spent some cash to buy some items and get the hero I wanted. I’m thankful I stopped myself.

Realm Defense is totally entertaining tower defense game. Once you start playing this game, you might forget the other titles under this genre. It is a very entertaining game, but it requires you to be quick in your decision making and sharp on your strategy.