Why I Love Watching “Perfume: The Story of a Murderer”, a Throwback Movie Review

Hello there Bitlanders! As much as I enjoy my digital existence, I also have other offline hobbies I love; watching throwback movies. Today I've decided to share another one from my list of favorite, "must-watch-again-movies".

In this article, I will be sharing to you the reason why I love watching “Perfume: The Story of a Murderer”, maybe after reading this, you can decide whether to watch this movie again if you have already watched it. 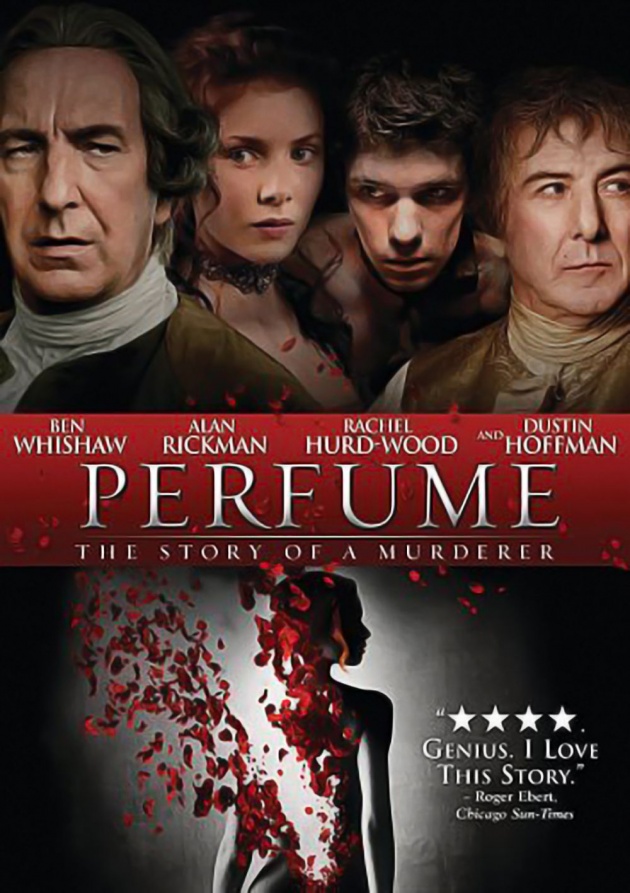 The story began in France; when a pregnant woman in a fish market was about to give birth. A baby boy was born at a sudden moment right below the fish table, a filthy, ridiculously dirty, muddy place. He was left by his mother like trash in that place when one of the buyers noticed a baby was crying and found the mother walking away in a hurry, and then the crowd got her and she got hanged for abandoning her baby.

The baby grew up in an orphanage where he was named Jean-Baptiste Grenouille. Jean is a very strange boy. He doesn't want to talk. He does not have friends. He is very attracted to nature with his superhuman ability using his sense of smell. He can travel around by just lying in his bed and distinguish the smell of anything in his absurd radar. 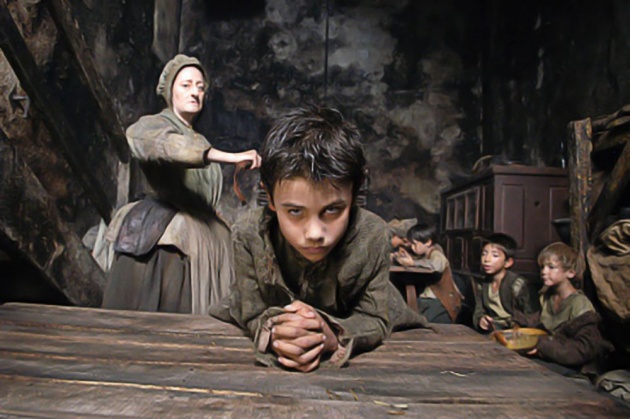 As he grew old enough in the orphanage, Jean was then sold and bought by a tanner (a craftsman who tans skin and hides) to work as an apprentice. He then made his first delivery in Paris and discovered new scents around him. He savored everything he smelled until he encountered a distinct scent. Jean followed that scent and led him to a girl selling plums. Jean got so fascinated by her fragrance and stalked the girl in a dark alley. The girl was shocked by Jean's silent approach as he was sniffing the girl from behind. She was about to shout when Jean covered her mouth and unintentionally killed her. 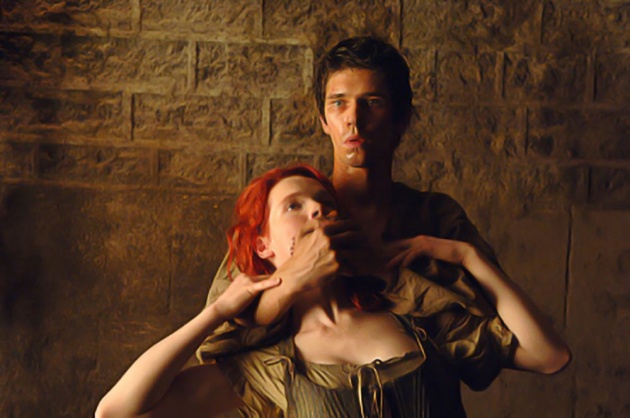 Jean stripped the girl naked and smelled her until the scent fades.

After that, Jean- Baptiste decided he wanted to learn how to keep any sorts of fragrance. He then met Giuseppe Baldini, a perfume store owner who was going down with his business. 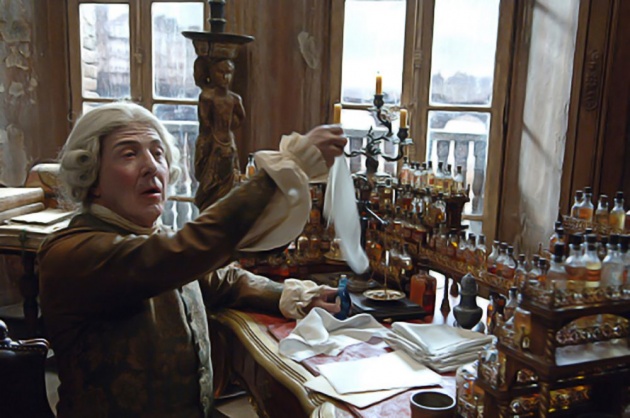 Jean-Baptiste rejuvenates his business in return for the knowledge of converting scents into perfume. 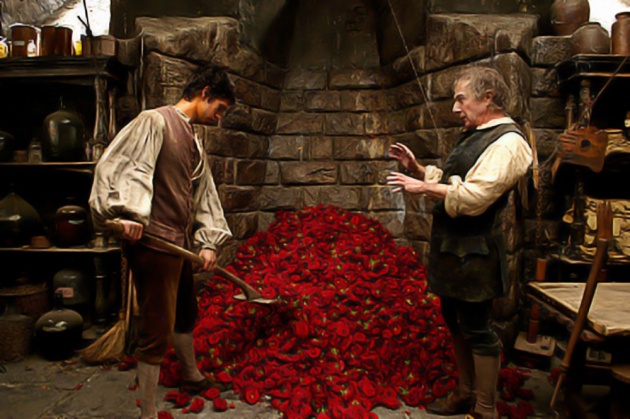 Baldini taught Jean that perfumes consist of harmonies of twelve individual scents. Baldini also told Jean about a story in Egypt that caused everyone to temporarily believe they were in heaven the minute the perfume bottle was opened. Jean-Baptiste also learned about the mythical thirteenth scent that nobody in the world has ever discovered. 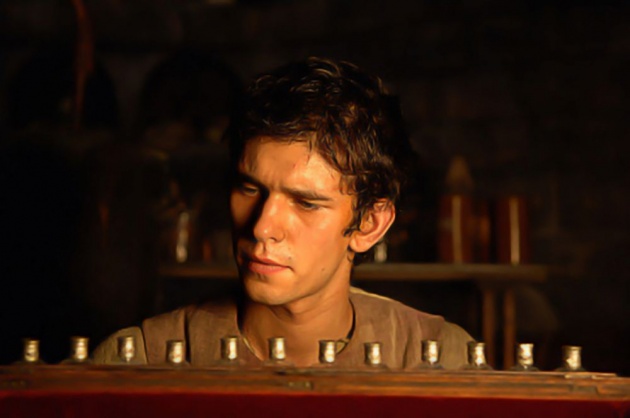 Jean-Baptiste became depressed when he discovered that Baldini's method of distillation could not capture the scents of all objects such as iron chains and dead animals. Jean- Baptiste then decided to go to Grasse as Baldini told him to find different methods. During his journey, he realizes he did not have his own scent so he decided to create a perfect perfume to prove his worth.

Upon his arrival in Grasse, he catches the scent of Laura Richis (the daughter of wealthy Antoine Richis) and came up with the decision to make her the "thirteenth scent". Jean-Baptiste became a worker to Madame Arnulfi and Dominique Druot; he assists them in making perfume and learned the method of enfleurage. Jean- Baptiste first tried to capture the scent of a lavender picker he killed using hot enfleurage and failed, and then he killed a prostitute and tried to use cold enfleurage and succeeded. 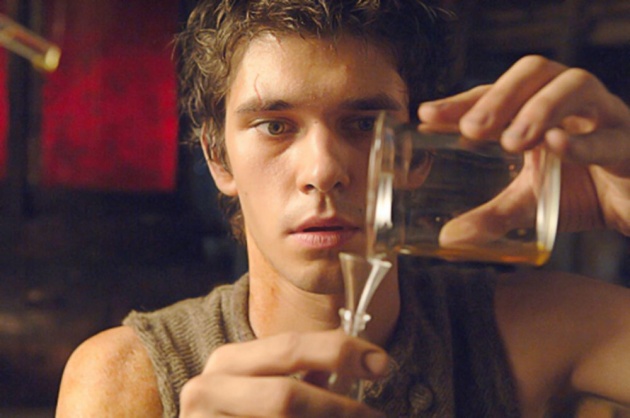 Jean- Baptiste needed twelve different scents to create his perfect perfume which led him to kill twelve beautiful young women. The killing created a panic as naked bodies were found around the city. Jean- Baptiste plotted an attack on his thirteenth scent (Laura Richis). Laura's father learned about a murderer who confessed but was not convinced so they went away from the town together with his daughter to protect her.

Jean- Baptiste back then was tracking Laura's scent. Back in an Inn where the Richis stayed, Jean- Baptiste took advantage of the night to complete his mission. In the morning when Antoine Richis reached to Laura's room, he found her dead body.

Jean- Baptiste Grenouille was finished making his perfect perfume when the authorities came to arrest him. 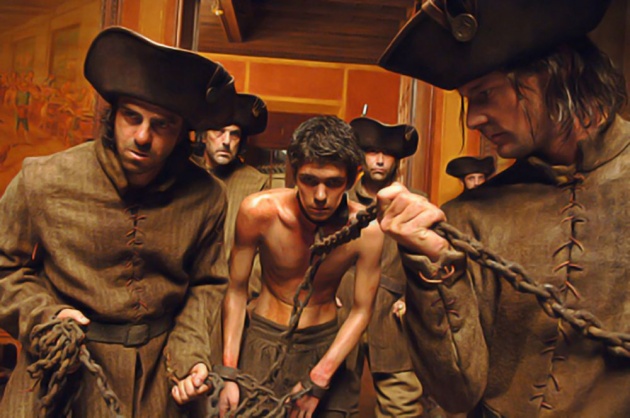 Jean was held accountable for the murders he committed and sentenced to death in front of the crowd. On the day of his execution, while he was in his cellar, he took his bottle of perfume and poured one drop on his head.

The executioner, as well as the crowd, suddenly changed the moment they were overwhelmed by the scent and declared Jean- Baptiste to be innocent, but Antoine Richis wasn't so he tried to reach out and cut Jean- Baptiste with his sword but then again he too was somewhat stunned by the essence of innocence of the murderer and even embracing Jean- Baptiste as innocent. 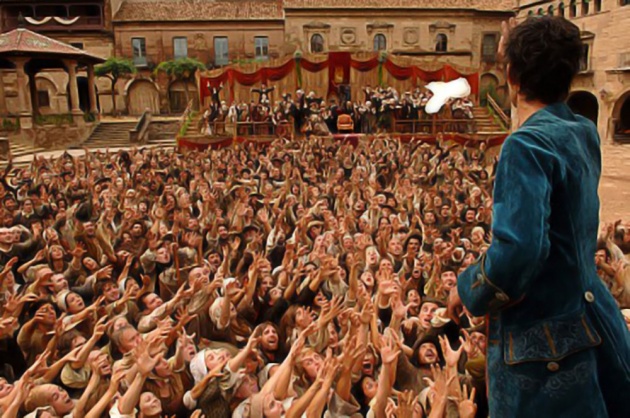 Jean- Baptiste Grenouille walked out of Grasse safely and unharmed and he has got enough perfume to conquer the whole world.

Along with his journey is an empty heart as he realizes nobody could ever love him. Jean- Baptiste was tired of his life so he decided to go back to the fish market where he was born and emptied the whole bottle of perfume for himself. 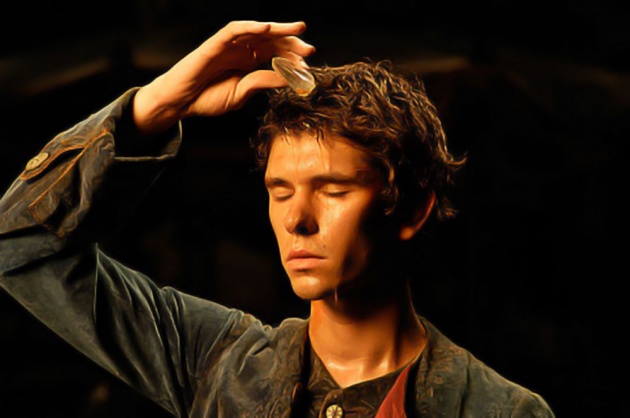 The crowd got dazed by the scent and consumes him until all that's left is an open bottle with one final drop of perfume.

"For people could close their eyes to greatness, to horrors, to beauty, and their ears to melodies or deceiving words. But they couldn't escape scent. For scent was a brother of breath. Together with breath it entered human beings, who couldn't defend themselves against it, not if they want to live. And scent entered into their very core, went directly to their hearts, and decided for good and all between affection and contempt, disgust and lust, love and hate. He who ruled scent ruled the hearts of men."

Why I Love Watching Perfume: The Story of a Murderer

Whew, so much for that. Well, I love this movie because of its distinctive story. It focuses on the life of an antihero, a murderer, and how his delicate mind works. Maybe in a different view, if the story was twisted, Jean- Baptiste could have been a successful and brilliant inventor.

After watching the movie, I felt pity for him and his miserable struggle for love and affection which led him to become a murderer.

This movie is a masterpiece.

Interview with the Main Character

“Perfume: The Story of a Murderer” was released in 2006 and gained numerous awards as listed below.

For me, this movie is worth watching. It's exceptionally diverse. If you haven't watched it yet, maybe you should.

Well, I guess that's it for me now, you guys can read some of my other blogs about my favorite throwback movie review.

LIKE STARS ON EARTH: A MUST SEE THROWBACK MOVIE

Until next time guys!! I hope you enjoyed reading my blog.

I Fine Thank You, Love you Thai Movie Review

Video credits:GTHchannelviaYouTube I couldn't think of anything to write today plus I was very bored…

Everyone was enjoying themselves in our living room watching the big game on the big screen. We had …

Why Kattappa Killed Bahubali will be revealed in Bahubali 2

John Wick is a 2014 action thriller film that surprised a lot of movie goers. This is because (frank…