● Why you must go to China for Higher Studies ●

I have been studying in China for two years. Whenever my old friends meet me they always have a question that, why you go to China? Students like you should go to Europe or America. Well, I'm accustomed to such things now. When I got admission in BS Nanotechnology, everyone bashed me that why I have chosen such field where no one enters. Our trend is that the good student should either become a doctor or an engineer; they do not look at any other side.

Talkers talk, but those who have passion, they do not look to anyone.

Success is not final, failure is not fatal: it is the courage to continue that counts.

Usually, students find out about Europe. But in Europe, one can get admission in a difficult way and secondly, they give scholarships in small amounts and to very fewer students because of which students have to pay themselves well. Poor but qualified students sit in the house quietly. For such kind of friends I thought that something should be written and here I am writing about how those financially ordinary students can get admission abroad and can get a high-level education.

There are so many misconceptions about China in our country. One thing is that China's goods are of second quality. But the first surprising thing when I came to China is that the production unit of almost every major company in the world is in China or buying goods from Chinese companies and selling it by branding it. Since things coming from China are not of good quality, so many sources assume that the education will also be not of good quality or no special quality.

So if you have completed graduation and you are thinking of going abroad for higher education, I think China is a great choice. If you have got admission in a good university in Europe or USA then it is well and good, but if not, then do not be disappointed, China is the best option! You can try for China because China has the world's best universities. There is a global scale of universities ranked globally, which is published by different organizations.

What is QS ranking?

QS World University Rankings is an annual publication of university rankings by Quacquarelli Symonds (QS). Previously known as Times Higher Education. The QS system now comprises the global overall and subject rankings alongside five independent regional tables. It is the only international ranking to have received International Ranking Expert Group (IREG) approval, and is viewed as one of the most widely read of its kind, along with Academic Ranking of World Universities

"QS ranking" is one of these enthusiasts. According to the QS rankings in 2016, China's 4 Universities were among the top 100 best universities in the world. This number has increased to 5 in 2017. Hong Kong, which is under the influence of China, if it is also included in this then this number increases to 8. Not only has the number increased, but the rankings of universities have also improved. For example, the ranking of Peking University was 41 and in 2017 it has reached 39. How difficult is this ranking standard? It can also be estimated that the subcontinent along with the whole Muslim world does not have such university which lies in the top 100 universities.

So far we have talked on the rankings. Some people ask questions that China does not have that quality of research as it is in Europe etc. It can be explained from the "Nature Publishing Index". The NaturePublishing Index covers the most important 68 such journals that publish scientific research worldwide, in which scientists wish to publish their research. Data collections are organized by collecting data from these research journals, which can assess the quality of research in any university or country.

Merry University (University of Chinese Academy of Sciences) since 2014 is ranked first. It is worth considering that this year, the second was Harvard University, Oxford University is seventh and Cambridge University is the eighth number. In addition, if the country is being evaluated first, then the United States is ranked first and China is second. Similarly, Germany is third, Britain fourth and Japan fifth. This can easily assess the quality of research in China.

Modern devices used in scientific research are very expensive, therefore, countries like Pakistan, there is rare recognition and electron microscope (an important tool for modern scientific research) is available in a laboratory is only one. Far away from reach, but here in China these people are spreading money on education like water, as a result, their laboratories are loaded with all kinds of advanced devices.

Image Credits: Robin He via https://www.youtube.com

Such institutions are very less in Europe and America where all facilities are available under the same roof. In Europe or America, students are not allowed to use those expensive machines and equipment by themselves but they can use with any of the working researcher or a scientist or a teacher. But here, the students can use every kind of expensive instruments in China, they can use it without any hesitation, and as much as they want. There is no restriction.

Usually, here we use the electron microscope sitting in the Nano center all night. When I express all these facilities to my friends in the America or Europe, they bother us. Interestingly, some of the most renowned European institutions have such a kind of universities here.

● Agreement of the Universities ●

Another reason for reading in China is also a wide range of scholarships available here. Every year, around 300,000 foreign students are admitted to more than 300 universities every year in China, and 5 percent increase every year. In this way, China is one of the largest countries providing scholarships to foreign students in the world. The scholarship may include accommodation and extra pocket money due to the tuition fee. Pocket money spending can be up to 20,000 Pakistani rupees to one million Pakistani rupees.

Chinese Government Scholarships, Chinese Universities Scholarships, and Case-to-Know (CAS-TWAS) Presidency Scholarships are some of the famous awards that are given to foreigners.

Recently, new scholarships were released in the name of Belt & Road Scholarship, especially for Pakistan and the countries where China is very interested in developmental activities. Chinese officials have been very profound in giving scholarships to Pakistani students, and no specific merit or code of interest in this regard is also encouraged. For example, in my University (University of China Academy of Sciences) in Road and Belt Scholarships, 120 students from 17 countries have been selected this year, out of which 28 belong to Pakistan. Similarly, the rest of the universities also admit Pakistani students from the spacious palace.

● Why is China a good choice for higher education ●

Another advantage of entering into China is that there is no test or expensive type of test of any type of language. Those who go to Europe or America are required to pass the English language's most expensive test. Then certain countries take a specific type of tests which are different and all tests have so high fees that a poor student cannot afford it. But there is nothing like this in China. No need to submit any kind of examination or no fees regarding language. The study curriculum for International Students is in English and where it does not exist, the University itself starts the course of one year's language and then starts regular reading. Entry processing fee is received in some institutions, which are equal to about 10,000 Pakistani rupees and this fee is often paid by professors from their pocket, i.e. the student has nothing to do.

Another advantage is that there is no contradiction of any kind of racism in China which is now being rooted in Europe and America. There is a common practice of racial behavior from Asian students. A few days ago a Muslim girl was killed on the road in America. But there is no such threat in China. But if a Chinese knows that you are from Pakistan, feelings are visible. Sometimes get a hug and it is commonly the fact that Pakistan is the best friend of China.

Generally, lack of financial resources in Pakistan reduces facilities in the universities. Then whatever happens, if there is any problem in it, then it takes months to fix. As I have mentioned in this blog, for the last few years, money is flowing in China's education sector, due to which these laboratories do not have such problems. Our Institute has created an account of every student who is associated with the professor's account for purchasing chemicals. The student orders his own custom and his money cuts from the professor's account. Order a day before, chemicals are available next day.

● Some Salient Features of China ●

I am in Beijing and there are many historical places in the arena. There are many beautiful places in the surrounding area. Similarly, throughout China, the historical places are also beautiful with beautiful healthcare venues. Often, students get out on vacation and holiday. Any student can rotate any obstacle anywhere in China. Some tourist institutions also offer special discounts for foreign students to join their group, thus education and tourism can be enjoyed well. 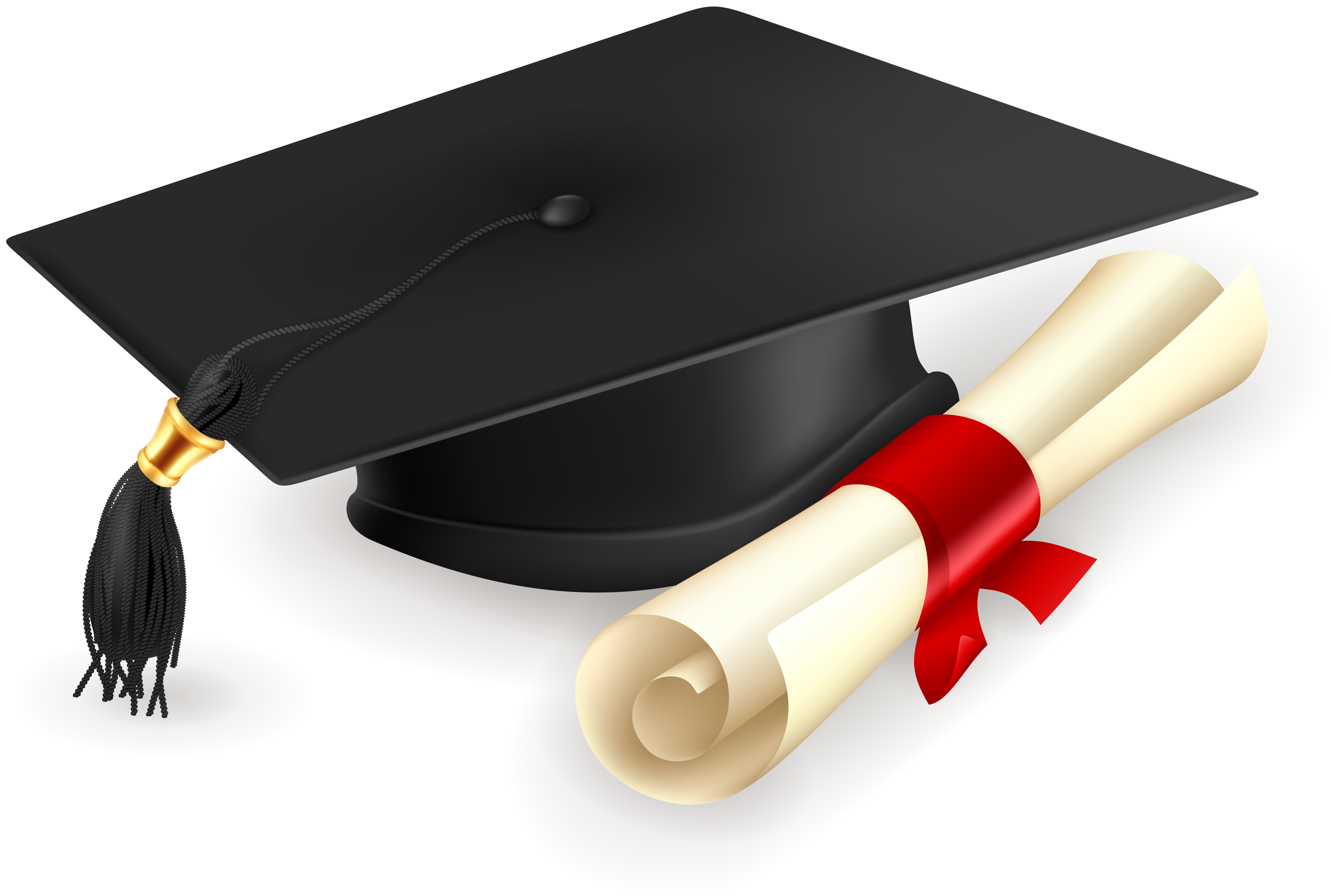 China has opened the doors of its universities for international students shortly ago. To improve the international rankings of universities, it is necessary to enter the specific number of foreign students. Currently, more students from Europe and America are not turning to China, so universities are forced to choose students from Asian countries. In this process, more emphasis is currently given only to complete the number; quality is not considered much more.

This situation will change completely in the coming few years because the number of European students is increasing every year. After a few years, admission to university here will be as difficult as it is today in American universities. So take advantage of this opportunity and apply to China.

Thanks for your time.