Will QE3 Work for Jobs or American Consumer in lieu of Fiscal Policy Stimulus?

QE3, (Quantitative Easing program Stage 3), has already made millionaire traders and speculators richer even before it was initiated today (September 13, 2012) by the US Fed; however its consequences will be mixed for job creation and the US consumer overall. The primary effect has been a rush toward purchases of real assets by traders/speculators who anticipated the Fed's decision to further engage in monetary easing and thus make money “cheaper.” While QE3 will encourage investors/traders to purchase bonds and stocks, that does not translate into job creation or even more spending capacity for the middle-class consumer. Worse, the effect could be to the contrary of enhancing purchasing power and consumer confidence. The most immediate effect, as we just pointed out in our recent article, is to drive the price of oil and gasoline up: “How Economic Recovery Consumed in Speculative Feeding Frenzy?”, in effect a tax on consumers, while preempting any longer-term positive effect that may have been brought about through more credit and greater economic activity. Largely in anticipation of QE3, gasoline prices have spiked by around 20-25% toward the end of this summer, a period during most years when such would be dropping. This was without any increase in demand or shortfall in supply (in fact US supplies are at almost three decade highs while demand continues to drop). This implicit tax will more than outweigh any positive impact. 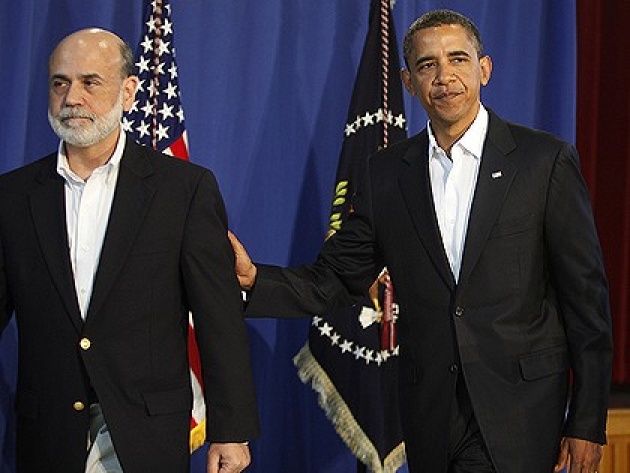 QE3 in theory should have had the following positive impacts:

Home Prices Kept Down by Mortgage Credit:---As with other real assets, home prices may be pushed up from years long lows (especially as QE3 features repurchase of Mortgage Backed Securities by the Fed up to $40 billion a month indefinitely). However, the impact will be delayed and/or limited as banks have dramatically tightened mortgage lending and loan criteria - up to 70% of American now are defined as sub-prime - thus the pool of potential buyers for middle income homes has substantially shrunk as consequence of lower real income, unemployment or simply lost savings.

Cheap Money---QE3 does flush more money into the economy, but initially only through the financial markets. This does not automatically translate to economic activity. QE3 does not link to or even necessarily encourage job creation or lending. Rather, loans are available to those who really do not need them or it will be redirected into trading and speculative activities via wealthy investors and hedge funds engaged in what is perceived as largely a fixed game/bet made with “cheap money”.

Trickle Down Effect?---While middle-class consumers might expect to have some more income trickle down to them, they will have already been paying more for gasoline driven up by speculation, and consumer confidence will already be dented. Consequently, a vicious cycle of lower consumer demand and lower job creation is as likely as a virtuous cycle of more purchases, production and employment. 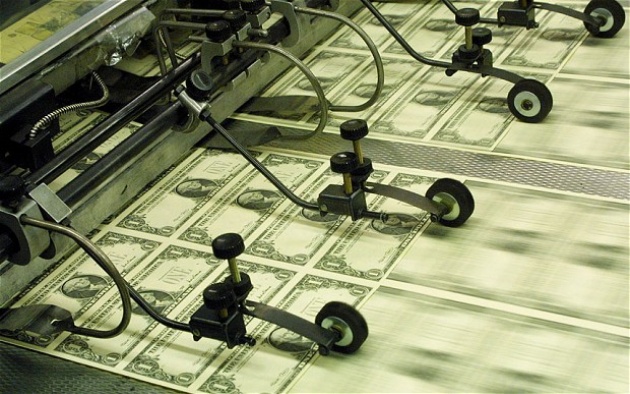 A more certain effect of QE3 is to make sovereign borrowing for US but potentially other governments cheaper - not necessarily a bad thing for the international economy but with longer term risk of inflation. In fact inflation may the desired byproduct as means to dent the Eurozone financial crisis causes - budget deficits and heavily debt laden balance sheets. QE3 may have a significant effect on helping troubled European sovereigns reflate out of their debt. (It may also add momentum to economic growth in Asia). However, this is also  another reason why investors are seeking to exchange their paper currencies for real assets as gold, another commodity that has spiked and resumed a multi-year climb.

It would have to be combined with fiscal policy to target job creation and/or other programs to aid and enhance confidence of consumers and/or homeowners. Policy change in government spending and greater discretionary fiscal policies does not appear likely though with the Obama Administration and GOP dominated Congress at complete odds over policy, ideology and probably immediate purpose.

QE3 could also be more effective if speculation was curbed and not allowed to preempt the intended impact for the broader economy. Since my career on Wall Street I have witnessed the ever greater rise of unabated predatory trading and less of activities in the financial markets and through investment banking directed at creating new economic opportunity/jobs. In effect, speculation is perverting and undermining the free markets in true life functioning. “Financial Jungle – Can Anyone Leash the Predator?”

So we all know milk. It is the number one food of every new born baby. It contains all food componen…